"Give My Regards To Broad Street" sessions

Recording "Yesterday", "The Fool On The Hill", "Wanderlust", "Here, There And Everywhere"

Give My Regards To Broad Street - Ultimate Archive Collection

Not Such A Bad Boy

Give My Regards to Broad Street is the soundtrack album to the 1984 film of the same name and the fifth studio album by Paul McCartney. Unlike the film, the album was commercially successful, in Britain, where it achieved number 1 on the UK chart. The lead single, “No More Lonely Nights“, was BAFTA and Golden Globe Award nominated.

The majority of the album – which is sequenced in the order of the songs’ appearance in the film – features re-interpretations of many of Paul McCartney’s past classics of The Beatles and Wings: “Good Day Sunshine“, “Yesterday“, “Here, There and Everywhere“, “Silly Love Songs” (the only Wings song included), “For No One“, “Eleanor Rigby” and “The Long and Winding Road“. There were also interpretations of songs from McCartney’s more recent albums; “Ballroom Dancing” and “Wanderlust” from Tug of War and “So Bad” from Pipes of Peace. Besides “No More Lonely Nights” (also heard in a dance version), the only previously-unheard tracks were “Not Such a Bad Boy“, “No Values” and a symphonic extension of “Eleanor Rigby” entitled “Eleanor’s Dream“. The scope of the album was so immense that when it saw release that October, its vinyl issue had specially edited versions of its songs. The cassette and the later CD edition preserved the tracks’ full lengths, while the CD went one further by including a bonus 1940s-styled piece called “Goodnight Princess“.

Preceded by “No More Lonely Nights (Ballad)“, a worldwide top 10 hit featuring guitar work by David Gilmour, Give My Regards to Broad Street entered the UK charts at number 1 while going gold with a number 21 peak in the United States (selling under expectations there). It would also mark the end of McCartney’s relatively brief alliance with Columbia Records in the US which had started with the final Wings album Back to the Egg in 1979. McCartney would re-sign with EMI worldwide (where he remained until 2007) with his Columbia output reverting to his new – and original – label in the US: Capitol Records.

Simultaneously with the film’s premiere in November McCartney’s Rupert Bear recording “We All Stand Together“, started back in 1980 and credited to ‘Paul McCartney and the Frog Chorus’, was released and became a hit single in the UK, reaching number 3. The accompanying animated film was shown in cinemas immediately preceding the main Give My Regards to Broad Street feature.

The soundtrack’s original release was on Columbia Records in 1984 in North America. It was remastered in 1993 and reissued on CD as part of ‘The Paul McCartney Collection‘ series with two extended dance mixes of “No More Lonely Nights (playout version)” as bonus tracks. […]

Due to the length of the recording, the 1984 LP omits “So Bad” and “Goodnight Princess“, edits out about six minutes of “Eleanor’s Dream“, and also sections of “Good Day Sunshine“, “Wanderlust” and “No More Lonely Nights (playout version)“.

On the LP cover a remark alerts the listener:

Track lengths on album notes do not include spoken sections between songs and so do not match CD timings. On the list above these sections are included at the beginning of each track, as on the 1984 release, while on the remastered 1993 CD (listed above) they are mostly included at the end of the tracks. 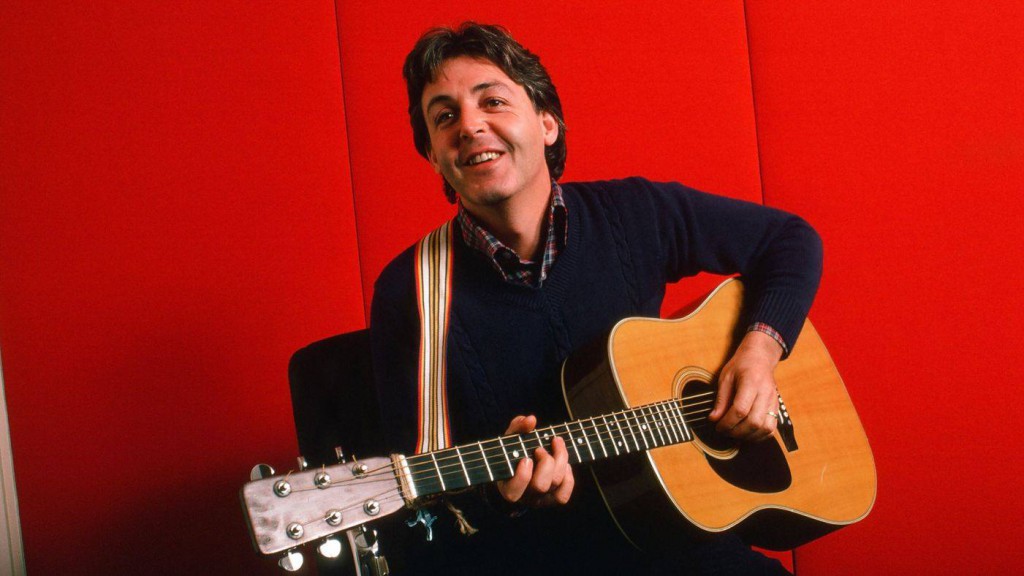 To say Give My Regards to Broad Street, which arrived on Oct. 22, 1984, didn’t work is an insult to anything that’s ever worked. The album, which served as a soundtrack to a failed film, stalled at No. 21 on the Billboard chart, McCartney’s worst showing up to that point. The album would make it to No. 1 in his native U.K., but Broad Street ended a stirring run of U.S. sales successes that included nine platinum post-Beatles albums. McCartney would never reach such heights again.

Could you blame his fans? After all, he packaged in 10 songs from his Beatles, Wings and solo career – but all of them were needlessly re-recorded, including classics like “Good Day Sunshine,” “Yesterday,” “Eleanor Rigby” and “The Long and Winding Road.” (Curiously, the latter update was again based on the Phil Spector arrangement that Paul McCartney had always insisted he hated.) Even the affable Ringo Starr found the project confusing and refused to drum on any of the reworked Beatles songs.

“Ringo wasn’t happy to get involved with it,” McCartney later admitted. “We had some songs in the film where we wanted him to drum on them, but he didn’t want to attempt a new version. I can see it from his point of view, actually, because it would have been, ‘Did I drum good on version A or version B?,’ and he didn’t even want a comparison. From my point of view, I’m looking at a song. I’m looking at one of my songs. I don’t want to be ashamed of anything I’ve written.”

Not that Starr was necessarily better used elsewhere. He joined Jones (who’d also been part of the “Rockestra” lineup), Edmunds and Chris Spedding for a slouch through “Ballroom Dancing,” originally released on 1982’s Tug of War. In fact, a trio of remakes on Broad Street were less than two years old, including the forgettable Pipes of Peace ballad “So Bad,” which hardly needed another pass.

Still, there were, if you looked hard enough, two small saving graces, both of them loose, original rockers and both featuring Dave Edmunds and Ringo Starr: “Not Such a Bad Boy” and “No Values,” which ends in a scalding mini-jam. They couldn’t have been more welcome – or out of place. Their attitude and crunch only made the rest of the throwaway material on Give My Regards to Broad Street feel more washed out.

Elsewhere, you had Toto’s Jeff Porcaro and Steve Lukather wasting their time on an update of “Silly Love Songs.” (There’s a disturbing video to go with it, too.) David Gilmour added a tacked-on guitar solo to the hit ballad version of “No More Lonely Nights.” It became McCartney’s second-to-last U.S. Top 10 hit, but hasn’t aged much better than “Silly Love Songs.” Stewart, who’d previously appeared on both Tug of War and Pipes of Peace, was tucked away as background singer on a dance version (yes, a dance version) of “No More Lonely Nights” that closed things out.

Anyone who saw the movie, and there weren’t many, will remember that the Paul McCartney-written script for Give My Regards to Broad Street turned on a search for the masters for his new album, which had gone missing. If only life, this one time, could have imitated art. 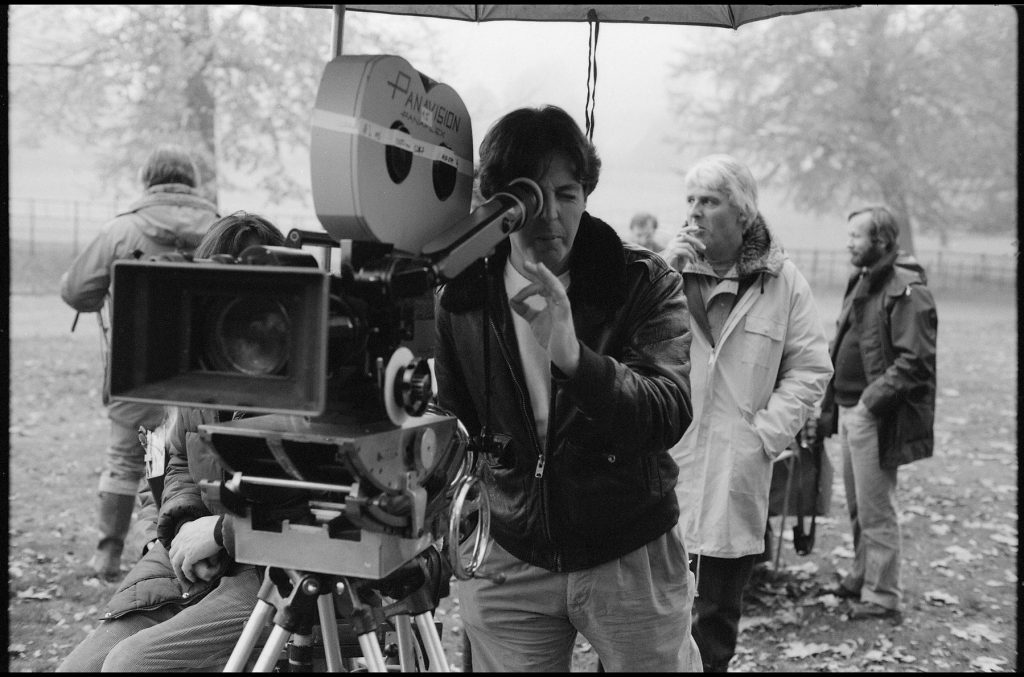 The track list is for the "Paul McCartney Collection" edition of this album.

The PaulMcCartney Project 6 years ago

Thanks Jason. Fixed, and entry for the "Paul McCartney Collection" added at http://www.the-paulmccartney-project.com/album/give-my-regards-to-broad-street-1993/