Touching on his tenure with the legendary Beatle, Juber described the time as an educational experience. Juber pointed out the Beatles song “Blackbird” as McCartney’s own distinct approach to the instrument.

“He (McCartney) has a certainly eccentric style on acoustic guitar, particularly his way of left-handed picking,” Juber said. “I learned a lot about the music business, about music production and about being an artist from him … I think that experience opened some creative doors for me. It furnished my resume nicely.“

Laurence Juber (born 12 November 1952) is an English-born musician. Often considered most famous for playing lead guitar in Wings from 1978 to 1980, he has since had a distinguished career as a solo fingerstyle guitarist.

Born in Stepney, East London, Juber was raised and went to school in North London. By his own account, he began playing guitar the week that “I Want to Hold Your Hand” by The Beatles was released. Beginning on a cheap acoustic guitar, he learned to read music early, figuring out the system of music notation for himself. He began to earn money playing the guitar at 13, and began to study classical guitar at the age of 15. Enraptured by the sounds on records of the mid- to late 1960s, he set his sights on becoming a session guitarist in London’s music studios. He earned his music degree at London University (Goldsmith College) where he expanded his horizons playing the lute. Upon graduation, he immediately began work as a session guitarist, working on his first project with producer George Martin on an album for Cleo Laine. Amongst other studio work, in 1977, Juber was booked by London-based orchestral contractor David Katz along with session drummer Peter Boita to go to Paris for a week to record in Barclay Records’ studios to make an album with Charles Aznavour. Sung entirely in French the album, Je N’ai Pas Vu LeTemps Passer, went on to become one of Aznavour’s biggest selling French language albums of all time.

Juber gave up a lucrative and successful studio career when invited to join Paul McCartney’s band Wings in 1978. Juber later said that he agreed to join immediately “because you don’t turn down that kind of job”. He played on the band’s Back to the Egg album (1979), as well as their subsequent UK tour. In 1980, he garnered his first Grammy Award, when Wings’ track “Rockestra Theme” won the award for Best Rock Instrumental. He was miscredited as Lawrence Tuber on the sleeve for Back to the Egg. From this period dates his first solo album Standard Time (only released on vinyl). McCartney and former Wings guitarist Denny Laine played on the track “Maisie”.

After Wings disbanded in early 1981, Juber moved to the United States. In New York City he met his future wife, Hope, and soon moved to her native California. He subsequently resumed work as a studio musician and played guitar for numerous television shows, including Happy Days and Family Ties, and for movies, directing the music for the 1988 Very Brady Xmas reunion, perhaps most famously playing the James Bond theme for the movie The Spy Who Loved Me.

In 1990, he released his second solo album, Solo Flight. During the next decade he would begin to explore altered tunings. In 2000, Juber released the solo album LJ plays the Beatles and The Collection and in 2003 the album Guitarist was released to critical acclaim. Juber’s credentials as a top-tier fingerstyle guitarist continue to grow. Having been voted “Guitarist of the Year” by readers of Fingerstyle Guitar magazine as well as one of the top acoustic players of all time by Acoustic Guitar magazine, Juber is an ambassador for his instrument as well as his own music. He has released many critically acclaimed solo albums, and has earned a second Grammy for Best Pop Instrumental for his solo guitar arrangement of “The Pink Panther Theme” on the CD Henry Mancini: Pink Guitar. Juber has also released a series of instructional CDs that teach basic music theory and arrangement techniques for guitarists.

In addition to his own recording and performances, Laurence Juber has produced and played on Al Stewart’s albums Between the Wars (1995), Down in the Cellar (2000), A Beach Full of Shells (2005) and Sparks of Ancient Light (2008), and occasionally performs with Stewart. 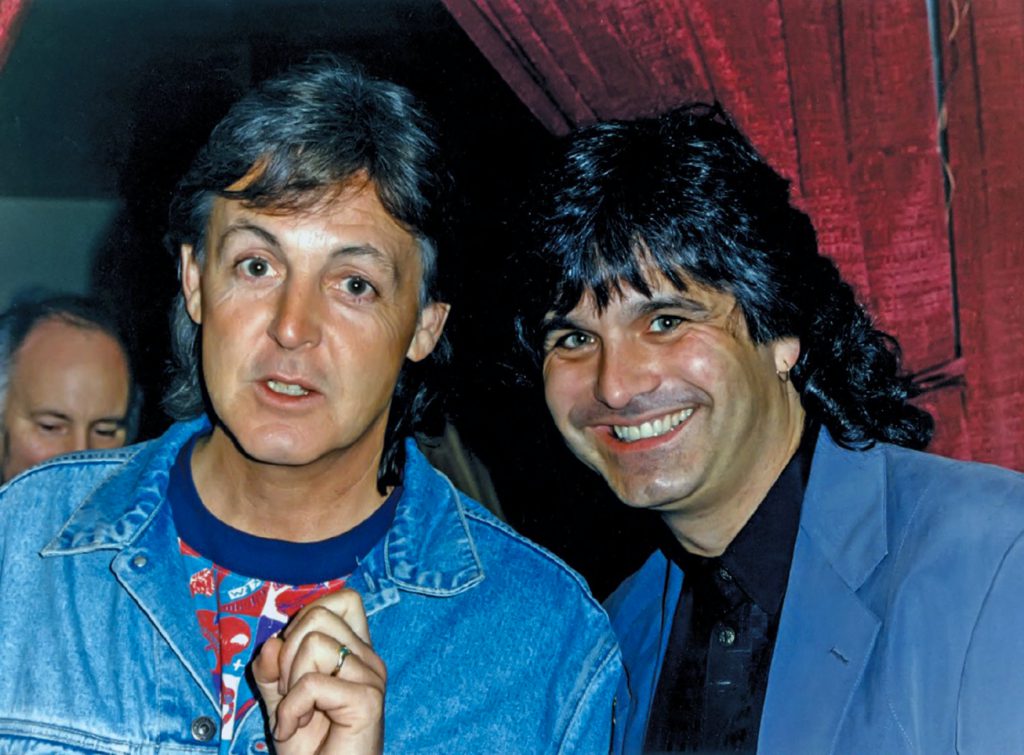 Back To The Egg

Stop and Smell the Roses