Let Me Love You Always

You Gave Me The Answer - The ‘GOT BACK’ tour setlist

You Gave Me The Answer - 'Paul Is Live'

“Let Me Roll It” is a song by Paul McCartney and Wings released on the 1973 album Band on the Run. The song was also released as the B-side to “Jet” in early 1974, and has remained a staple of McCartney’s live concerts since it was first released.

Some critics saw the song as a pastiche of John Lennon’s sound, particularly the riff and the use of tape echo on the vocals. McCartney, however, didn’t intend the song to be a pastiche of Lennon. He did say the vocal “does sound like John… I hadn’t realised I’d sung it like John.”

Since its first release, McCartney has performed “Let Me Roll It” in his live concerts. He has also included live versions of the song on several live albums, including Wings over America, Paul Is Live, Back in the U.S. (and Back in the World), and Good Evening New York City.

In the recent tours, “Foxy Lady” from Jimmy Hendrix was performed at the end of “Let Me Roll It”, forming a kind of medley.

Let Me Roll It was not really a Lennon pastiche, although my use of tape echo did sound more like John than me. But tape echo was not John’s exclusive territory! And you have to remember that, despite the myth, there was a lot of commonality between us in the way that we thought and the way that we worked.

[Let Me Roll It] was a riff, originally, a great riff to play, and whenever we played it live, it goes down great. We’d play it on two guitars, and people saw it later as a kind of John pastiche, as Lennon-ish, Lennon-esque. Which I don’t mind. That could have been a Beatles song. Me and John would have sung that good.

You gave me something.
I understand,
You gave me loving in the palm of my hand

Jet / Let Me Roll It

3:52 • Live • L3 • Includes Paul McCartney interview about the making of "Band On The Run" album

See all official recordings containing “Let Me Roll It”

See all bootlegs containing “Let Me Roll It” 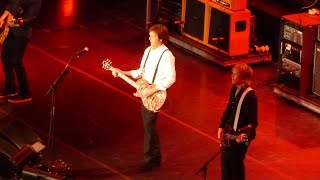 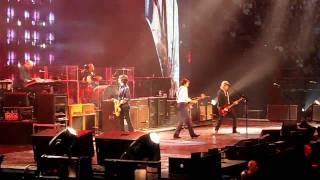 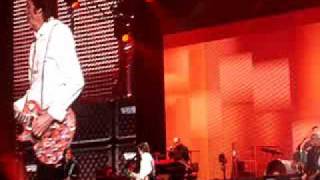 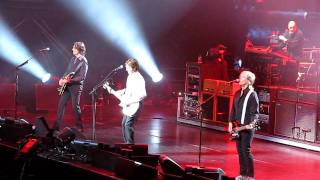 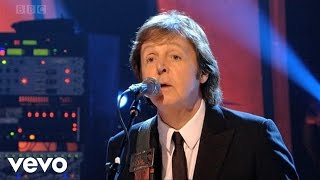 “Let Me Roll It” has been played in 574 concerts and 15 soundchecks.

Latest concerts where Let Me Roll It has been played

See all concerts where “Let Me Roll It” has been played