Album This song officially appears on the We Can Work It Out / Day Tripper 7" Single.

“Day Tripper” is a song by the Beatles, released as a double A-side single with “We Can Work It Out“. Both songs were recorded during the sessions for the Rubber Soul album. The single topped the UK Singles Chart and the song peaked at number five on the Billboard Hot 100 chart in January 1966.

Under the pressure of needing a new single for the Christmas market, John Lennon wrote much of the music and most of the lyrics, while Paul McCartney worked on the verses.

“Day Tripper” was a typical play on words by Lennon: “Day trippers are people who go on a day trip, right? Usually on a ferryboat or something. But [the song] was kind of … you’re just a weekend hippie. Get it?”

In the same interview, Lennon said: “That’s mine. Including the lick, the guitar break and the whole bit.”

In his 1970 interview with Rolling Stone, however, Lennon used “Day Tripper” as one example of their collaboration, where one partner had the main idea but the other took up the cause and completed it. For his part, McCartney claimed it was very much a collaboration based on Lennon’s original idea.

In Many Years From Now, McCartney said that “Day Tripper” was about drugs, and “a tongue-in-cheek song about someone who was … committed only in part to the idea.” The line recorded as “she’s a big teaser” was originally written as “she’s a prick teaser.”

According to music critic Ian MacDonald, the song: “…starts as a twelve-bar blues in E, which makes a feint at turning into a twelve-bar in the relative minor (i.e. the chorus) before doubling back to the expected B—another joke from a group which had clearly decided that wit was to be their new gimmick.”

In 1966 McCartney said to Melody Maker that “Day Tripper” and “Drive My Car” (recorded three days prior) were “funny songs, songs with jokes in.”

The song was recorded on 16 October 1965. The Beatles recorded the basic rhythm track for “If I Needed Someone” after completing “Day Tripper“.

The released master contains one of the most noticeable mistakes of any Beatles song, a “drop-out” at 1:50 in which the lead guitar and tambourine momentarily disappear. There are also two more minor drop-outs at 1:56 and 2:32. Bootleg releases of an early mix (which present an extended breakdown as opposed to a polished fadeout) feature a technical glitch on the session tape itself, with characteristics of an accidental recording over the original take as the recorder comes up to speed. This was later fixed on the 2000 compilation 1 and on the remastered Past Masters.

In 1966, “Day Tripper” was featured on the US album Yesterday and Today and the British A Collection of Beatles Oldies compilation. It was later included on the 1962–1966 compilation (aka “The Red Album”), released in 1973.

The Beatles filmed three different music videos, directed by Joe McGrath, on 23 November 1965. These videos, along with a batch of other mimed performances (including the song’s flip-side, “We Can Work It Out“), were meant to be sent to various television music and variety shows, to air on those programs in lieu of personal studio appearances. The Beatles’ decision to send out independently produced videos to promote their music on television was, in practice, an embryonic form of the modern music video – George Harrison would later remark jokingly that the Beatles had “invented MTV.” One of the November 1965 promotional videos was included in the Beatles’ 2015 video compilation 1, and two were included in the three-disc versions of the compilation, titled 1+. […]

Day Tripper was to do with tripping. Acid was coming in on the scene, and often we’d do these songs about ‘the girl who thought she was it’… But this was just a tongue-in-cheek song about someone who was a day tripper, a Sunday painter, Sunday driver, somebody who was committed only in part to the idea. Whereas we saw ourselves as full-time trippers, fully committed drivers, she was just a day tripper. […]

I remember with the prick teasers we thought, That’d be fun to put in. That was one of the great things about collaborating, you could nudge-nudge, wink-wink a bit, whereas if you’re sitting on your own, you might not put it in.

The two stereo mixes differ noticeably. The lead guitar intro in [a] starts left and jumps to the right when the other instruments come in; in [c] it starts in both channels instead, apparently by ADT (artificial double tracking). As the ending begins, after the first “day tripper!”, [a] reveals an off-mike “yeah” by John, while [c] has a partially successful attempt to fade out the word.On both the stereo mixes, the lead guitar track suddenly goes silent twice around 1:50-1:55, to cover a tape or recording problem. The first spot is after the first “tried to please her” line, where, with no vocal, one side of the mix just goes dead silent, and the second spot is under the second “tried to please her”. A bootleg of the whole take reveals a squeaky tape noise at the first spot and some problem with the guitar sound for more than 10 seconds thereafter (possibly this section is a drop-in, recorded over the original sound on the track). The mono mix [b] has this all fixed somehow; there the guitar may have been dubbed in from another verse or take.

TM Century, which presses CDs for radio station play in the US, put out a sampler in 1990 with a stereo version that has the first dropout fixed. This is not a new mix but their own edit. It is apparently mix [c] with a small edit piece copied from elsewhere in [c]. This is not an official edit, nor was the record released for sale.

She was a day tripper
One way ticket, yeah
It took me so long to find out
And I found out

She was a day tripper
Sunday driver, yeah
It took me so long to find out
And I found out

We Can Work It Out / Day Tripper 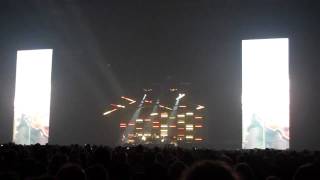 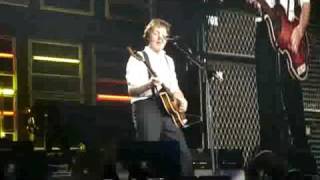 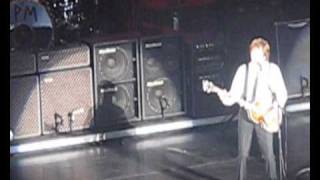 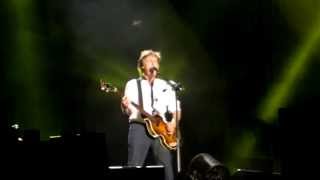 “Day Tripper” has been played in 220 concerts and 9 soundchecks.

Latest concerts where Day Tripper has been played

See all concerts where “Day Tripper” has been played