Album This song officially appears on the We Can Work It Out / Day Tripper 7" Single.

“We Can Work It Out” is a song by the Beatles, written by Paul McCartney and John Lennon. It was released as a “double A-sided” single with “Day Tripper“, the first time both sides of a single were so designated in an initial release. Both songs were recorded during the Rubber Soul sessions.

The song is an example of Lennon–McCartney collaboration at a depth that happened only rarely after they wrote the hit singles of 1963. This song, “A Day in the Life“, “Baby, You’re a Rich Man“, and “I’ve Got a Feeling“, are among the notable exceptions.

McCartney wrote the words and music to the verses and the chorus, with lyrics that “might have been personal“, probably a reference to his relationship with Jane Asher. McCartney then took the song to Lennon: “I took it to John to finish it off, and we wrote the middle together. Which is nice: ‘Life is very short. There’s no time for fussing and fighting, my friend.’ Then it was George Harrison’s idea to put the middle into 3/4 time, like a German waltz. That came on the session, it was one of the cases of the arrangement being done on the session.“

With its intimations of mortality, Lennon’s contribution to the twelve-bar bridge contrasts typically with what Lennon saw as McCartney’s cajoling optimism, a contrast also seen in other collaborations by the pair, such as “Getting Better” and “I’ve Got a Feeling“. As Lennon told Playboy in 1980: “In We Can Work It Out, Paul did the first half, I did the middle eight. But you’ve got Paul writing, ‘We can work it out / We can work it out’—real optimistic, y’know, and me, impatient: ‘Life is very short, and there’s no time / For fussing and fighting, my friend.’“

Based on those comments, some critics overemphasised McCartney’s optimism, neglecting the toughness in passages written by McCartney, such as “Do I have to keep on talking until I can’t go on?“. Lennon’s middle shifts focus from McCartney’s concrete reality to a philosophical perspective in B minor, illustrating this with the waltz-time section suggested by George Harrison that leads back to the verse, possibly meant to suggest tiresome struggle.

Music critic Ian MacDonald said: “[Lennon’s] passages are so suited to his Salvation Army harmonium that it’s hard to imagine them not being composed on it. The swell-pedal crescendos he adds to the verses are, on the other hand, textural washes added in the studio, the first of their kind on a Beatles record and signposts to the enriched sound-palette of Revolver.“

The Beatles recorded “We Can Work It Out” on 20 October 1965, four days after its accompanying single track, with an overdub session on 29 October. They spent nearly 11 hours on the song, by far the longest expenditure of studio time up to that point.

In a discussion about what song to release as a single, Lennon argued “vociferously” for “Day Tripper“, differing with the majority view that “We Can Work It Out” was a more commercial song. As a result, the single was marketed as the first “double A-side,” but airplay and point-of-sale requests soon proved “We Can Work It Out” to be more popular, and it reached No. 1 on both sides of the Atlantic, the Beatles’ fastest-selling single since “Can’t Buy Me Love“, their previous McCartney-led A-side in the UK. It has sold 1.39 million copies in the UK.

“We Can Work It Out” was the last of six number one singles in a row on the American charts, a record at the time. It was preceded by “I Feel Fine“, “Eight Days a Week“, “Ticket to Ride“, “Help!“, and “Yesterday“. The song became the band’s 11th number one, accomplished in just under two years time.

The Beatles made 10 black-and-white promo films for television broadcasters on 23 November 1965, at Twickenham Film Studios in London, as they were often unable to make personal appearances by that time. Three of the films were mimed performances of “We Can Work It Out“, in all of which Lennon was seated at a harmonium. The most frequently-broadcast of the three versions was a straightforward performance piece with the group wearing black suits. Another had the group wearing the stage suits from their Shea Stadium performance on 15 August; the third opens with a shot of Lennon with a sunflower in front of his eye.

In 1991, McCartney played an acoustic version of the song for his MTV Unplugged performance, memorable for his flubbing the first verse and his good-natured reaction, later released on Unplugged (The Official Bootleg).

MacDonald was not sure whether or not Harrison sang a harmony vocal part. MacDonald praised the tambourine playing and noted that some sources attribute it to Harrison, not Starr. However, MacDonald considers it more likely that Starr played the instrument on the recording. […]

In 1970, Stevie Wonder covered the song on his album Signed, Sealed & Delivered, and released it as a single in 1971. That single reached #13 on the Billboard Hot 100. Stevie Wonder’s cover version earned his second Grammy Award nomination in 1972, for Best Male R&B Vocal Performance.

Wonder performed his version of the song for McCartney after the latter was awarded the Grammy Lifetime Achievement Award in 1990.

In 2010, after McCartney was awarded the Gershwin Prize by the Library of Congress, Wonder (who had himself received the Gershwin Prize the year before) again performed his arrangement of the song at a White House ceremony held in McCartney’s honor. Wonder performed it a third time in January 2014 at the 50th anniversary tribute of The Beatles’ appearance on The Ed Sullivan Show.

In stereo [b], the harmonium is moved around: it’s to the right during the verses, but to center during the refrains and bridges, and it even drifts to the right in mid-bridge (“fussing and fighting”) and end of bridge. By contrast, in [c] it just stays to the right. But then again, at the very end, [b] reveals there are two harmonium tracks.Stereo [c] has reverb added to the vocals in places, especially the bridge.

When I think acoustic, as I did for Unplugged, I tap into a whole other pool of numbers that I wouldn’t think of on electric. I actually wrote ‘We Can Work It Out’ on an acoustic, at twice the speed, like a country and western song. It was nice for Unplugged because Wix could play the harmonium lines on his accordion. And I hadn’t done it for a while – 1965 – and that’s a while, in anyone’s language.

It was 1965. Things were not going so smoothly between Jane Asher and me. Everyone has mild arguments where you think, “God, I wish they could understand where I’m coming from” or “I wish they could get it.” They obviously don’t; they think I’m some kind of idiot or tyrant or something. It was just normal boyfriend-girlfriend stuff where she’d want it one way, I’d want it another way and I would try to persuade her, or she would try to persuade me. Most of the time we got on really well, but there would be odd moments where one or other of us would get hurt. Time has told me that millions of people go through these little squabbles all the time and will recognise just how common this is, but this particular song was not like that; it was, “Try to see it my way.” I started writing the song to try to figure my way out of feeling bad after an argument. It was really fresh in my mind. You can’t write this kind of song two weeks later. You have to do it immediately. Writing a song is a good way to get your thoughts out and to allow yourself to say things that you might not say to the other person. I wrote the first couple of verses, and then I wrote out the middle eight with John at his house. When we took it into the studio, George Harrison suggested we try the waltz pattern, with suspended triplets, that ended up giving the song a profound sense of friction and fracture. But the fracture was real, and we did “fall apart before too long”. Sadly, Jane and I did break up. And that meant breaking up with her mother too. Margaret Asher was a real mumsy type and, since I’d lost my mum, she had filled that role for me. Now I’d lost a mother for a second time.

Paul McCartney – From Paul McCartney on his lyrics: ‘Eroticism was a driving force behind everything I wrote’ | Times2 | The Times – From “The Lyrics” book, 2021

Try to see it my way
Do I have to keep on talking
Till I can't go on?

Life is very short
And there's no time
For fussing and fighting, my friend

Life is very short
And there's no time
For fussing and fighting, my friend

We Can Work It Out / Day Tripper

See all official recordings containing “We Can Work It Out”

See all bootlegs containing “We Can Work It Out”

We Can Work It Out (Intertel promo video - version 1)

We Can Work It Out (Intertel promo video - version 2)

We Can Work It Out (Intertel promo video - version 3)

We Can Work it Out 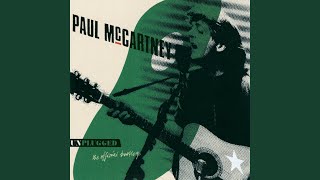 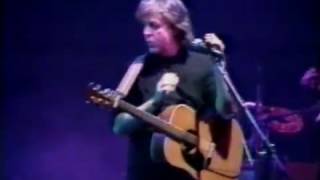 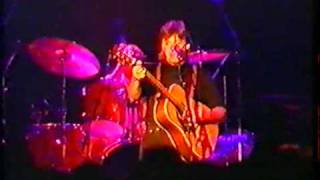 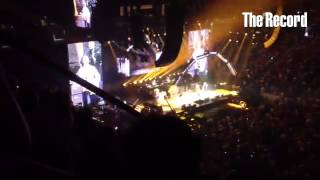 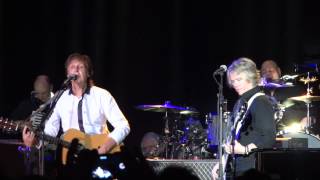 “We Can Work It Out” has been played in 369 concerts and 19 soundchecks.

Latest concerts where We Can Work It Out has been played