My Very Good Friend The Milkman

Orchestra overdubs for "My Valentine"

Original songs from the 'Kisses On The Bottom' sessions

If I Take You Home Tonight

Paul McCartney Talks One on One Tour, Pre-Stage Rituals, Rap as Poetry

“My Valentine” is a song written by Paul McCartney. It was one of the two original songs featured on his 2012 album “Kisses On The Bottom” (the other one being “Only Our Hearts“).

“My Valentine” was written for his third wife, Nancy Shevell, whom he married in October 2011. From DailyMail:

They wed in a lavish ceremony in October last year. And Paul McCartney, 70, has now lifted the lid on how a rainy day inspired him to write a song about wife Nancy Shevell. The singer famously wrote a love letter to his American heiress wife on Valentine’s Day while on holiday in Morocco. […]

The former Beatles star wrote the tune on a rainy day while on holiday in Morocco as the couple about their hotel to keep dry. Paul revealed: ‘We were on holiday together, Nancy and I, and it was raining, it’s kind of led me towards a kind of minor-y type thing and the sentiment of you know, oh it’s raining.’

I was in Morocco with Nancy, who’s now my wife, and we were having a nice holiday but it was raining rather a lot. I said, “A pity it’s raining” and she said “It doesn’t matter, we can still have a good time.” And I’m like that, too, I don’t mind at all. So there was an old piano, slightly out of tune, in the foyer of the hotel. And there was this lovely Irish guy who knew so much old stuff, like Beautiful Dreamer, If You Were The Only Girl In The World … Again, stuff from my Dad’s era. I used to enjoy listening to him and he put me in mind of that genre.

So one afternoon, when it was raining, I was in that foyer, and without anyone noticing except a couple of waiters who were clearing up, I sat at the piano and started knocking around with this little tune: “What if it rained? We didn’t care. She said that someday soon the sun was gonna shine … ” So we did that one and eventually I had the pleasure of working with Eric (Clapton), who put a lovely acoustic guitar part on. And by the way, I forgot the important ingredient, the day I wrote it was Valentine’s Day, a fairly important fact! It was our first dance, very romantic.

Paul McCartney – from the “Kisses On The Bottom” liner notes

Prior to the recording for “Kisses On The Bottom“, McCartney performed “My Valentine” for Nancy at their wedding:

Paul performed a special song late in the evening. He had written it especially for ‘his lovely’ Nancy for this day.

It was lovely. She was truly touched and looked as though she shed a tear. I had a lovely time. It was superb. It couldn’t have been more superb or perfect a wedding.

“My Valentine” was recorded with Eric Clapton on guitar (he also played on “Get Yourself Another Fool“, another track of “Kisses On The Bottom“).

When I played it to Tommy [LiPuma], he said ‘Yeah, I love it, great.’ So we did that one and eventually I had the pleasure of working with Eric [Clapton], who put a lovely acoustic guitar part on.

When we were recording [My Valentine] we were in Abbey Road, and I said, ‘Say Eric, the last time we were working here together, was when you were sitting over there playing guitar on George’s song ‘While My Guitar Gently Weeps’.’ So there was an, I don’t know what, 40 year gap, and only 10 yards physically.

What if it rained
We didn't care
She said that someday soon the sun was gonna shine
And she was right, this love of mine
My valentine

As days and night
Would pass me by
I’d tell myself that I was waiting for a sign
Then she appeared, a love so fine
My valentine

And so I do
Without a care
I know that someday soon the sun is gonna shine
And she'll be there, this love of mine
My valentine

What if it rained
We didn't care
She said that someday soon the sun was gonna shine
And she was right, this love of mine
My valentine

See all bootlegs containing “My Valentine” 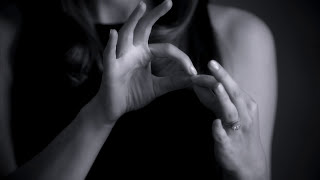 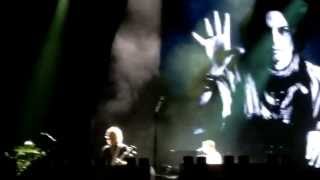 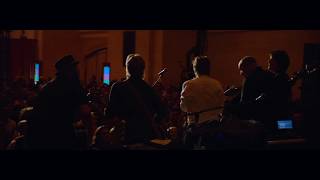 “My Valentine” has been played in 243 concerts and 13 soundchecks.

Latest concerts where My Valentine has been played

See all concerts where “My Valentine” has been played