While Away The Hours

“While My Guitar Gently Weeps” is a song written by George Harrison, first recorded by the Beatles in 1968 for their eponymous double album (also known as “the White Album”). The song features lead guitar by Eric Clapton, although he was not formally credited on the album.

“While My Guitar Gently Weeps” is ranked at number 136 on Rolling Stone’s “The 500 Greatest Songs of All Time“, number 7 on the magazine’s list of the 100 Greatest Guitar Songs of All Time, and number 10 on its list of The Beatles 100 Greatest Songs. In an online poll held by Guitar World magazine in February 2012, “While My Guitar Gently Weeps” was voted the best of Harrison’s Beatle-era songs. In October 2008, Guitar World ranked Clapton’s playing at number 42 in its list of the “100 Greatest Guitar Solos“.

Inspiration for the song came to Harrison when reading the I Ching, which, as Harrison put it, “seemed to me to be based on the Eastern concept that everything is relative to everything else, as opposed to the Western view that things are merely coincidental“. Taking this idea of relativism to his parents’ home in northern England, Harrison committed to write a song based on the first words he saw upon opening a random book. He later explained the process:

I wrote “While My Guitar Gently Weeps” at my mother’s house in Warrington … I was thinking about the Chinese I Ching, ‘The Book of Changes” … The Eastern concept is that whatever happens is all meant to be, and that there’s no such thing as coincidence – every little item that’s going down has a purpose.

“While My Guitar Gently Weeps” was a simple study based on that theory. I decided to write a song based on the first thing I saw upon opening any book – as it would be relative to that moment, at that time. I picked up a book at random, opened it, saw “gently weeps”, then laid the book down again and started the song.

The initial incarnation was not final, as Harrison said: “Some of the words to the song were changed before I finally recorded it.” A demo recorded at George’s home in Esher includes an unused verse:

As well as an unused line in the very beginning:

The problems you sow, are the troubles you’re reaping,
Still, my guitar gently weeps.

This line was eventually omitted in favour of the one appearing on The Beatles.

An early acoustic guitar and organ demo of the song featured a slightly different third verse:

This version was released on the 1996 compilation Anthology 3 and was used as the basis of the 2006 Love remix, with a string arrangement by George Martin.

The band recorded the song several times. Take 1 on 25 July 1968 involved Harrison on his Gibson J-200 acoustic guitar and an overdubbed harmonium. Sessions on 16 August and 3 and 5 September included a version with a backward (or “backmasked”) guitar solo (as Harrison had done for “I’m Only Sleeping” on Revolver), but Harrison was not satisfied. On 6 September 1968, during a ride from Surrey into London, Harrison asked friend Eric Clapton to contribute lead guitar to the song. Clapton was reluctant; he said, “Nobody ever plays on the Beatles’ records“; but Harrison convinced him and Clapton’s guitar parts, using Harrison’s Gibson Les Paul electric guitar “Lucy” (a recent gift from Clapton), were recorded that evening. Harrison later said that in addition to his contribution, Clapton’s presence had another effect on the band: “It made them all try a bit harder; they were all on their best behaviour.” Clapton wanted a more “Beatley” sound, so the sound was run through an ADT circuit with “varispeed,” with engineer Chris Thomas manually ‘waggling’ the oscillator: “apparently Eric said that he didn’t want it to sound like him. So I was just sitting there wobbling the thing, they wanted it really extreme, so that’s what I did.”

“While My Guitar Gently Weeps” was one of three songs on The Beatles where Paul McCartney experimented with the Fender Jazz Bass (the others being “Glass Onion” and “Yer Blues“) instead of his Hofner and Rickenbacker basses. According to Walter Everett’s book The Beatles as Musicians, John Lennon’s electric guitar is audible only in the coda with the tremolo switched on.

The song is in Am, with a shift to a ♭7 (Am/G) on “all” (bass note G) and a 6 (D9 (major 3rd F#)) after “love” (bass note F#) to a ♭6 (Fmaj7) on “sleeping” (bass note F). This 8-♭7-6-♭6 progression has been described as an Aeolian/Dorian hybrid. Everett notes that the change from the minor mode verse (A-B) to the parallel major for the bridge might express hope that “unrealized potential” described in the lyrics is to be “fulfilled”, but that the continued minor triads (III, VI and II) “seem to express a strong dismay that love is not to be unfolded”. Clapton’s guitar contribution has been described as making this a “monumental” track; particularly notable features include the increasing lengths of thrice-heard first scale degrees (0:17–0:19), the restraint showed by rests in many bars then unexpected appearances (as at 0:28–0:29), commanding turnaround phrases (0:31–0:33), expressive string bends marking modal changes from C to C# (0:47–0:53), power retransition (1:21–1:24), emotive vibrato (2:01–2:07), and a solo (1:55–2:31) with a “measured rise in intensity, rhythmic activity, tonal drive and registral climb”.

On The Concert for Bangladesh, Clapton performed the song on a Gibson Byrdland hollow body guitar, and later acknowledged that a solid-body guitar would have been more appropriate. The version in the Prince’s Trust Rock Concert 1987 (released on DVD by Panorama) reunited Harrison, Starr and Clapton, and features an extended coda with the guitars of Harrison and Clapton interweaving. Mark King (of Level 42) played McCartney’s bass line. On their 1991 tour of Japan, Harrison and Clapton performed a live version of “While My Guitar Gently Weeps” with additional background vocals. An edit combining parts of the 14 December and 17 December Tokyo performances of the song is included on the album Live in Japan.

On 3 June 2002, within the Golden Jubilee of Elizabeth II concert at Buckingham Palace Garden, Paul McCartney performed the song with Clapton, as a tribute to George Harrison who had died the year before. They were introduced by George Martin. The performance appears on the DVD release Party at the Palace. On 29 November the same year, McCartney, Starr, Dhani Harrison, Jeff Lynne, Marc Mann, and Clapton performed “While My Guitar Gently Weeps” at the Concert for George in memory of Harrison. This version showcased Clapton singing the lead vocal and playing his original guitar solo while McCartney provided background vocals and piano; Mann played Clapton’s original fills during the verses.

We tried to record it, but John and Paul were so used to just cranking out their tunes that it was very difficult at times to get serious and record one of mine. It wasn’t happening. They weren’t taking it seriously and I don’t think they were even all playing on it, and so I went home that night thinking, ‘Well, that’s a shame,’ because I knew the song was pretty good.

The next day I was driving into London with Eric Clapton, and I said, ‘What are you doing today? Why don’t you come to the studio and play on this song for me?’ He said, ‘Oh, no – I can’t do that. Nobody’s ever played on a Beatles record and the others woulnd’t like it.’ I said, ‘Look, it’s my song and I’d like you to play on it.’

So he came in. I said, ‘Eric’s going to play on this one,’ and it was good because that then made everyone act better. Paul got on the piano and played a nice intro and they all took it more seriously.

This is the first 8 track recording (by anyone) at EMI Abbey Road.

The Clapton guitar remains loud in mono [a] after the solo break, not in [b]. Near the end of the fadeout only the stereo [b] has “yeah yeah yeah”, even though it is a few second shorter than [a].

Having withheld his own new composition since the White Album sessions started eight weeks earlier, George Harrison waited no longer and recorded this eloquent demo of While My Guitar Gently Weeps, the first of five songs he contributed to the growing collection. The song would undergo two re-makes between this date and 6 September, when the master was completed, and become significantly heavier in the process – the final version featuring a lead guitar track played by guest Eric Clapton. The first studio recording could scarcely be more different, George singing live to his own acoustic guitar accompaniment (augmented by an organ part played by Paul), and incorporating an additional verse omitted from later version.

3:27 • Demo • C • Stereo • Having withheld his own new composition since the White Album sessions started eight weeks earlier, George Harrison waited no longer and recorded this eloquent demo of While My Guitar Gently Weeps, the first of five songs he contributed to the growing collection. [...]

Concert From "A Concert For George" in London, United Kingdom on Nov 29, 2002

3:46 • Studio version • D • A BBC article reported that George Martin chose to use an early version of the recording for the album and wrote a new orchestral backing for the track; the demo version used is found on Anthology 3. This was also stated in the fifth chapter of The Beatles 'LOVE' Podcast.

See all bootlegs containing “While My Guitar Gently Weeps” 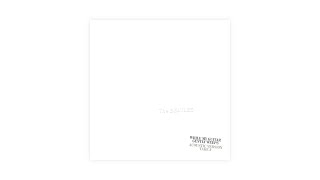 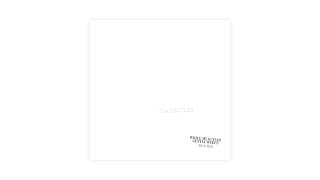 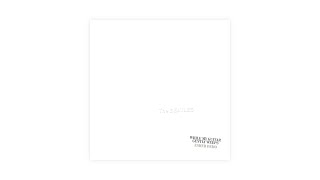 “While My Guitar Gently Weeps” has been played in 2 concerts.

Latest concerts where While My Guitar Gently Weeps has been played

A Concert For George

Party At The Palace