As part of the marketing plan to launch the Flowers In The Dirt remaster, some unheard tracks have been published on paulmccartney.com as free download.

To celebrate the forthcoming reissue of Paul McCartney’s 1989 Flowers In The Dirt album an exclusive demo of the album track ‘Distractions’ has been made available for download on PaulMcCartney.com.

Speaking earlier this week to PM.com about ‘Distractions’, Paul said:

“I like a good love song, you know. And it’s always nice to be in the mood to write a ballad and that was the case when I sat down to write this. It just occurred to me that if you love someone, one of the problems is that you don’t always spend enough time with that person. Because you’ve got things to do, you’ve got work or you’ve got other obligations to other people or whatever. And so I thought, yeah you could call those distractions from the main event kind of thing. That was basically what this is:

What is this thing in life that persuades me to take time away from you?
… Distractions, like butterflies

I elaborated on that theme, it’s just someone wishing they could spend more time with their loved one. And you know for me at that time it was about Linda. But people often say to me, ‘Who did you write this about?’ and even though then I would have been writing specifically about Linda – because she was the object of my affection – I liked the idea that it could also be the sort of dream of romance. It could just be an ideal – we all love someone and wish we could spend more time with that someone. A romantic ideal! I know that a young couple won’t hear this about me and Linda, the guy will hear it about him and his girlfriend, the girl will hear that it’s about her and her boyfriend, and I like that. I like that about my songs, that people use them for their own purpose. And I think that’s a very romantic idea.” 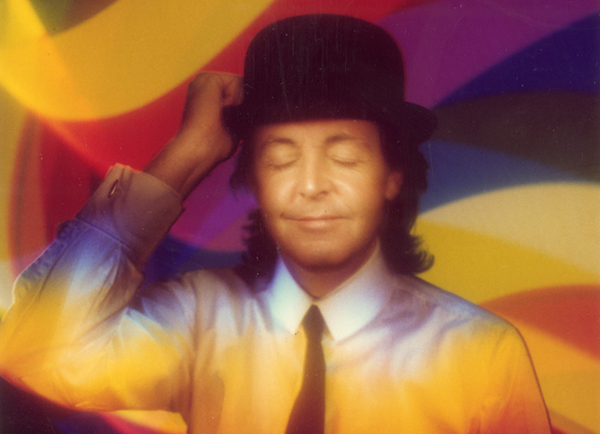 To celebrate the forthcoming reissue of Paul’s 1989 Flowers In The Dirt  album an exclusive demo of the album track ‘This One’ has been made available for download on PaulMcCartney.com.

Over the past months Paul has been re-telling the story behind the 1989 album Flowers In The Dirt, his number 1 album featuring four songs co-written with Elvis. Much of the story focussed on the demos Paul and Elvis wrote together, with Paul saying about the experience, “The great thing was, once we were finished, we could go right downstairs into the studio itself – because we wrote in my office above the studio – and we’d go right downstairs into the studio the minute we’d finished it. Five minutes later we’d recorded it. Talk about fresh! That was ‘hot off the skillet’.”

The reissue has received rave reviews with many focussed on how great and timeless the acoustic demos sound… But what the story has yet not really touched on is that Flowers In The Dirt wasn’t the first time the public heard the results of these songwriting sessions!

The Deluxe Edition reissue of Flowers In The Dirt includes a 112-page essay book telling how Paul and Elvis first started writing together back in 1987, two years before the album’s release. Indeed, the very first time the public heard anything from their collaboration was on the lesser known tune, ‘Back On My Feet’, which featured as the B-side for Paul’s 1987 single ‘Once Upon A Long Ago’, a release promoting his ‘All The Best!’ compilation.

And today, to bring the story full circle, we’re pleased to announce the first play of the demo for ‘Back On My Feet’. The song – a co-write between Paul and Elvis – tells the story of a man down on his luck, but ending on a hopeful note: “Give me your hand, til I’m back on my feet”.