By Hollywood Vampires • Official album • Part of the collection “Paul McCartney as producer, composer, or session musician in the 10s”

I Got a Line

Five to One / Break On Through

One / Jump Into The Fire

Come and Get It

School’s Out / Another Brick in the Wall Pt. 2

[…] The project has its roots in an informal gathering of friends that used to meet at the Rainbow Bar & Grill on the Sunset Strip back in 1972. “To join the club, one simply had to out-drink all of the members,” Cooper says in a press release announcing the album. “I would walk in on a typical night, and John Lennon, Harry Nilsson, Keith Moon — who would usually be in a costume like a maid or a chauffeur — Bernie Taupin and Mickey Dolenz would be there.”

Cooper and Depp resurrected the Vampires three years ago as a gathering for like-minded musical friends to get together and jam (the drinking, it seems, is no longer part of the festivities). For more than two years, a revolving group of artists came in and recorded some of their favorite songs, including cuts by the Doors, Led Zeppelin and the Who. All artist proceeds will be donated to MusiCares.

The album’s liner notes were penned by Taupin, who recalls, “I’m not completely sure what constituted bad behavior back then, but in this lair it existed in a bubble, a hermetically sealed dome of fun. It may not have been the round table at the Algonquin, but these were witty, intelligent guys who often got raucous and loud, but rest assured there were no bystanders or animals hurt in the making of the Hollywood Vampires.” 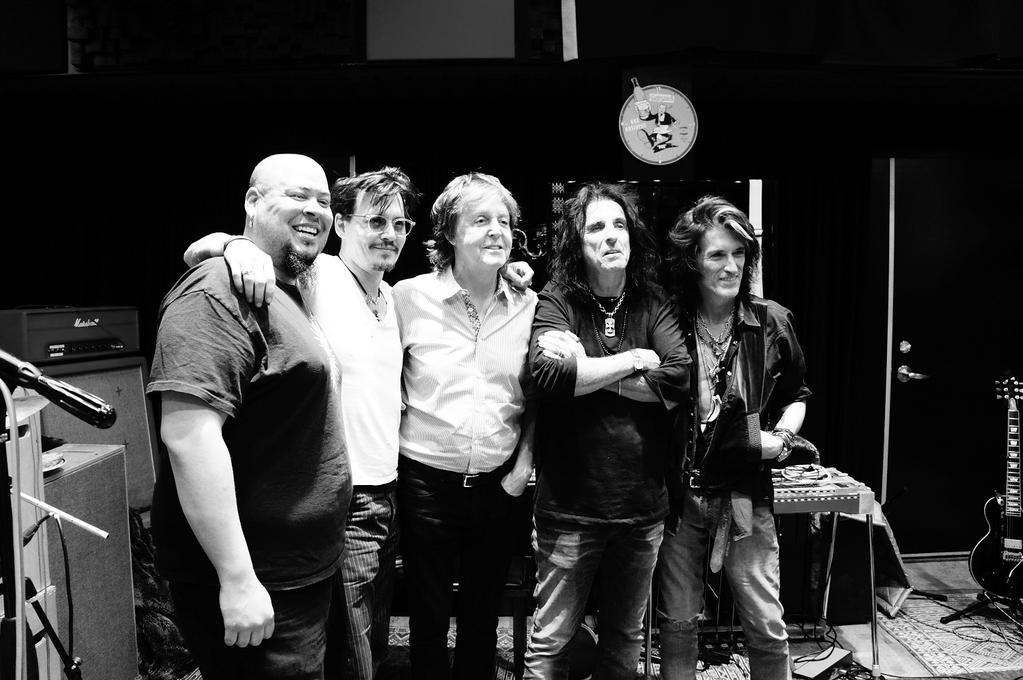