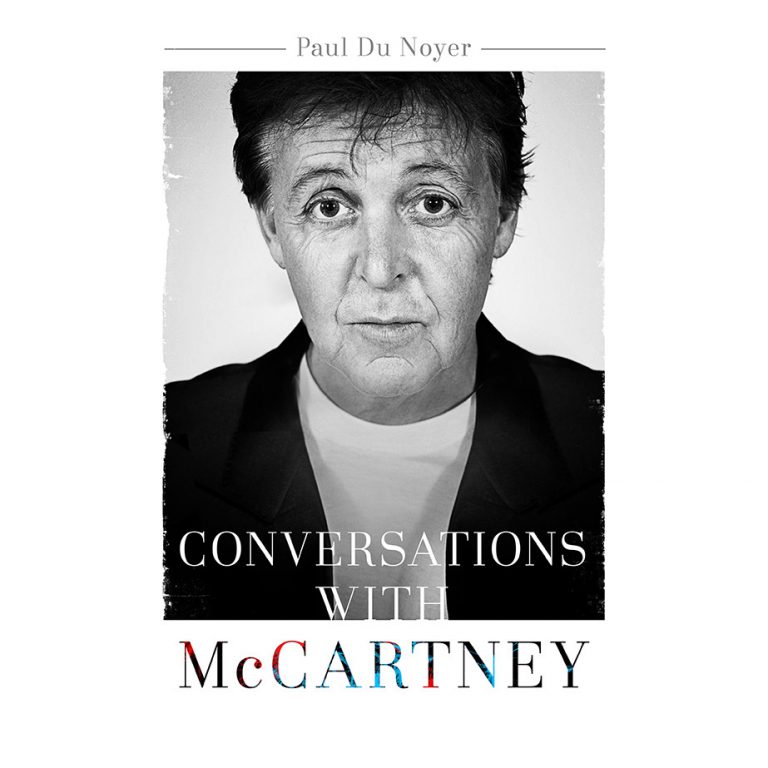 On this new day, a new book of conversations with Paul McCartney was published in the UK, in the same vein as the 1997 book “Many Years From Now“.

Since 1989 former MOJO editor Paul Du Noyer has regularly interviewed Paul for various projects such as tour programmes, album liner notes and general press materials.  Over the years Du Noyer accumulated hours and hours of formal recorded conversations with Paul. Last month and with the blessing of Paul’s office, Du Noyer released Conversations With McCartney, his fifth book, which draws from their extensive interview sessions. Conversations With McCartney offers insights from every stage of Paul’s extraordinary career.

In June 1989, Paul Du Noyer was contacted by Paul McCartney’s office in London and asked to interview the star as they had met once before and enjoyed a good raport.

In the years that followed, Paul Du Noyer continued to meet, interview and work for Paul McCartney on a regular basis, producing magazine articles, tour programmes, album liner notes, press materials and website editorial. It’s likely that Du Noyer has spent more hours in formal, recorded conversation with McCartney than any other writer.

Conversations with McCartney is the culmination of Du Noyer’s long association with McCartney and his music. It draws from their interview sessions across 35 years, coupling McCartney’s own, candid thoughts with his observations and analysis.

This book review summarizes quite well what we, at The Paul McCartney Project, think of this book. From nyjournalofbooks.com, October 3, 2016:

[…] Du Noyer tries mightily to connect the dots of McCartney’s life in a unique way and, while he does a good job, McCartney’s life is just too familiar. We know about the Beatles breakup and how Paul was the odd man out because he was forced to sue his mates. We know how much Paul loved Linda (just listen to the song “My Love”) and we know all about his partnership and bitter breakup with John. The story is so familiar that one doesn’t even need to use last names.

That’s not to say this is a bad book. On the contrary, it’s well done and one comes away liking Du Noyer and admiring the way he thinks. It’s just that what he’s doing is akin to describing that sly smile on the “Mona Lisa.” It’s been done, many times over.

In fact, this book is very much like Many Years from Now by Barry Miles, which was also based on conversations Paul had with his buddy all those years ago. If you have no idea who or what McCartney is about—and that’s possible for this younger generation—by all means, read Conversations with McCartney but if you’re familiar with the Beatles story, you’ll find this one very familiar.