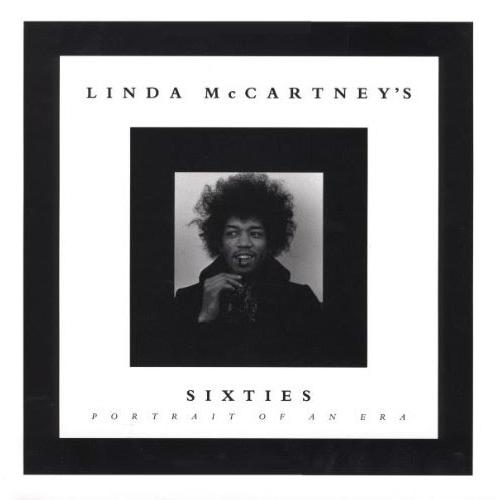 Portrait of an Era is the first museum show of her work in the United States since her death in April 1998. It is a selection of 50 photographs of some of the greatest names in the world of rock music captured in black and white on exquisite platinum prints and silvertone, and in color. Among the bands and musicians portrayed are those that have become icons of late-twentieth-century popular music: Jimi Hendrix, Aretha Franklin, the Rolling Stones, the Who, Paul McCartney, John Lennon, B. B. King, Jim Morrison, Janis Joplin, Ray Charles, The Beatles, the Grateful Dead and Otis Redding.

“My big break was in June 1966 with the Rolling Stones. This was a session which came about more or less by accident, as did so many good things at that time.” Linda McCartney

This is how Linda McCartney begins her book Linda McCartney’s Sixties: Portrait of an Era. It was also the beginning of her photographic career, which was to span more than three decades. During that time she not only widened her view from the world of Sixties rock music to include landscapes, still lifes and portraits of everyday life as she encountered it, she also developed her technical skills, not just in taking the picture but also in developing it. Her experiments with making sun prints, a photographic developing process dating back to the early years of photography in the Nineteenth century, earned her the distinction of having her work exhibited at the Royal Photographic Society in Bath, England.

‘Linda McCartney’s Sixties’ is an enduring testimony to the optimism and spontaneity of the music of the times. She was at the heart of it all. These photographs – most of which have never been published – are part of a lavish compilation that gives a unique and personal view of the people, the places, and the time.