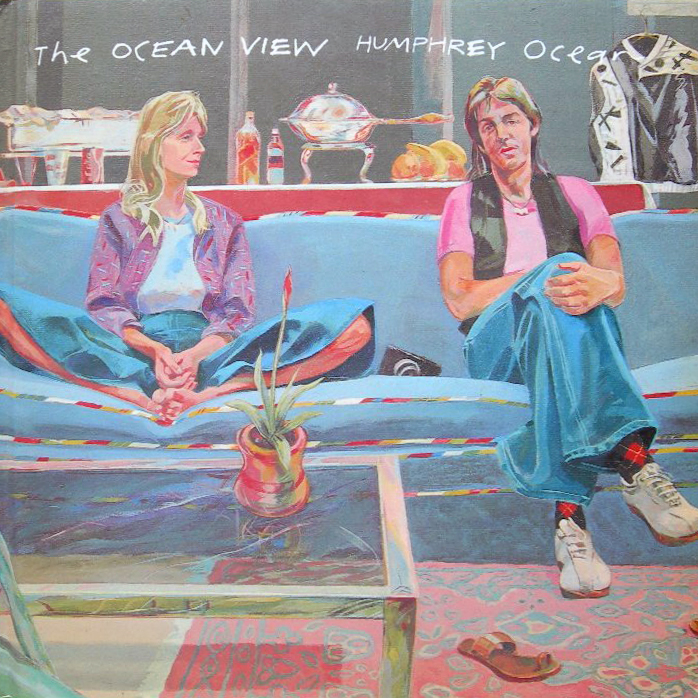 Wings Over the World tour

It seems that we still haven’t seen the last of the wealth of material covering Wings’ 1976 tour of America. Following the album in 1976, the TV special in 1978 and the film in 1981, comes, in 1983, the book – “The Ocean View”, by performer/artist Humphrey Ocean. Humphrey was personally commissioned by Paul and Linda to join them on the tour and make sketches of the behind-the-scenes activities. The book, published jointly by MPL and Plexus in hardback only, is a little expensive, though, at £9.95.

Long standing readers of the SANDWICH will already be familiar with the colourful personality and work of the painter and musician, Humphrey Ocean, who has been featured in these pages since the very first issue (see Gallery Corner: C.S. No. 1, 1977; Ocean’s View: C.S. No. 12, 1978). A former member of the band Kilburn and the High Roads, Humphrey’s connection with the McCartneys stems from his doing an inner sleeve drawing for the album ‘Wings at the Speed of Sound’, which led to his being invited to accompany Wings on their successful American tour in 1976 as an ‘artist in residence’. Just published is the result of that experience, The Ocean View, a book of drawings and paintings which captures vividly the atmosphere of Wings on the road in the U.S.A.