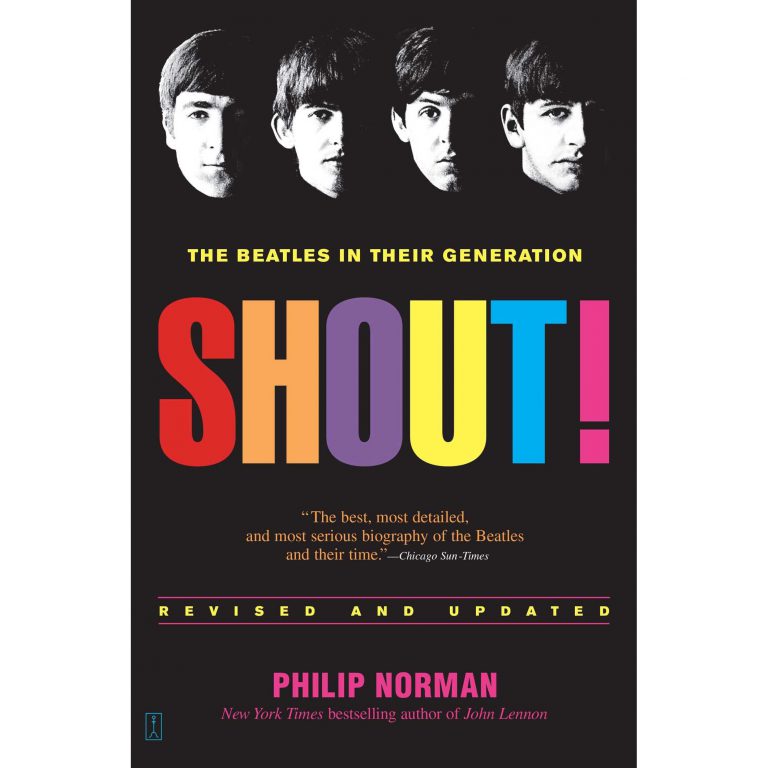 Published on this day in the UK, the first book from journalist Philip Norman is still considered years after as one of the best biographies of The Beatles, with a critical look at McCartney’s contribution to the band.

Norman’s first book, Shout!: The Beatles in Their Generation, also published as Shout!: The True Story of the Beatles, was published in 1981, with later revisions. An immediate bestseller, it has since sold over a million copies. The New York Times described Shout! as “the definitive biography [of the Beatles] – comprehensive, intelligent, sensitively written and exhaustively researched“, while the Chicago Sun-Times admired it as “The best, most detailed, and most serious biography of the Beatles and their time.“

The book portrays Paul McCartney in an unfavourable light, and the former Beatle voiced his objections to Norman’s characterisation of him as “the great manipulator“. Norman later recalled that when promoting Shout! on the television show Good Morning America in May 1981, he described Lennon as having represented “three-quarters of the Beatles” and was rewarded with an invitation to visit Lennon’s widow, Yoko Ono. Norman also recalled that he had heard that McCartney had taken to calling the book Shite!

In his review of the most popular books about the group, in The Rough Guide to the Beatles, Chris Ingham writes that Norman displays a “clear dislike” for McCartney yet Shout! merits the praise it has received, due to “the rigour of its research and insightful reflection of the times“. Writing in 2005, Beatles biographer Ian MacDonald said that Norman’s book “remains the sharpest account of The Beatles’ career” and suggested that its anti-McCartney sentiments were balanced by the 1997 publication of Barry Miles’ Paul McCartney: Many Years from Now.

I hated Shout for the way I am portrayed in it. The contrast between myself and John, so assiduously cultivated by journalists, was fabrication. I wasn’t brilliant at school; I was trouble just like John. I got caned practically every day and the only exam I ever passed was Spanish. John and I weren’t black and white, although people took John, for all his aggression, to be the good guy, because he showed his warts. It makes them sympathetic. I’d always thought that, in order to be liked, you had to be unwarty. What the book says about me being the great manipulator simply isn’t true. Nothing happened in The Beatles unless everyone wanted it to happen. But when there was a decision to be made, somebody had to say it out loud and that usually turned out to be my job. I accepted it. I certainly wasn’t responsible for splitting up The Beatles, as some people think. In fact, I was the last one to come to that view. I had wanted us to tour, to bring us closer together again… From a purely selfish point of view, if I could get John Lennon back, I’d ask him to undo his legacy he’s left me. I’d ask him to tell everybody what he told Yoko in the privacy of his own room. Yoko and I talk on the telephone a lot nowadays and what she says, tells me something very important. John still liked me after all.

In April 2020, Rolling Stone built a list of the 10 Best Beatles books, with Shout! in 7th position:

The knock on this Philip Norman bio has always been that he looks down on his subjects, but the author’s honesty is admirable. In fact, the most compelling Beatles books tend to be the ones that you can have a mental punch-up over, disagreeing with a given taken, but enjoying it all the same because it makes you think, or sends you back to reevaluate something. Norman puts his readers through these enjoyable paces, and he also nails the Hamburg period better than anyone. If you want the spirit of the Beatles hustling and grinding on the Reeperbahn, trying like madmen – and pilled up, desperate, manic madmen – to get somewhere, get good, get better than everyone else so as to give the world that eventual fist pump of being the best, you come to this book.