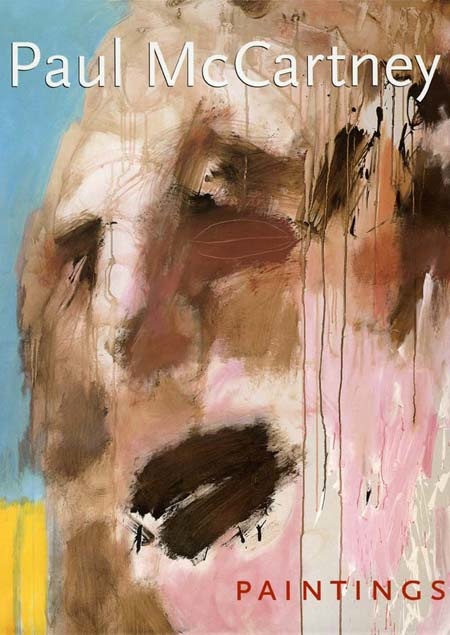 This book has its roots in the exhibition Paul McCartney: Paintings which was curated by Wolfgang Suttner and show in the LA Art Forum, Siegen, Germany, from May 1 to July 25, 1999, and the catalogue, edited and produced by Mr. Suttner and Kultur-Buro, Siegen-Wittgenstein, which accompanied that exhibition.

Tony Bennett, David Byrne, and occasionally David Bowie all do it–they make art. With the introduction of Paul McCartney: Paintings we can now add the famous Beatle to the list. The book is a catalogue of paintings from McCartney’s 1999 exhibition in Germany. Music and art have many things in common; for McCartney it is the freedom to “play” which connects both endeavours. Fittingly, his paintings draw most of their influence from abstract expressionism where the material quality of the paint itself inspires the drips, blobs and splatters. His paintings range from cartoon-like figures and faces to open landscapes. The colours are dynamic with varying thicknesses of paint, some with marks scratched into the surface, all with stories and symbolic value. From the illustrations and accompanying essays, to the very candid interview, we are given remarkable insight into McCartney’s practice as a committed creative person. He confides his insecurities as a painter who has never gone to art school, and his defining moments as an artist both musically and visually. Within the interview is an unusually generous section where McCartney discusses individually many of the paintings in the book. It’s a behind-the-scenes look as he elaborates on the personal meanings behind certain symbols, tells stories and anecdotes and acknowledges his painterly influences, specifically Willem de Kooning. Also included are personal photographs of the artist at work, 117 colour illustrations, and 17 duotone photographs. —J.P. Cohen