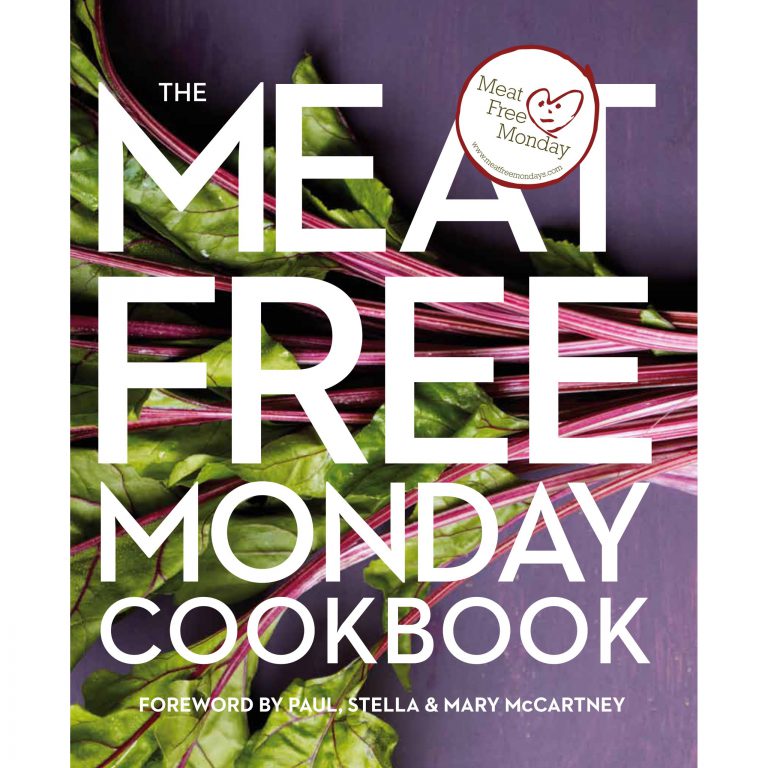 You’ve seen the campaign, now here’s the official cookbook. Out on 20th October 2011.

2009 saw the launch of the Meat Free Monday campaign – which encourages people to go meat free for one day a week, in order to reduce their environmental impact and live a healthier life.  The campaign now enjoys over half a million supporters around the world. The Meat Free Monday Cookbook is a beautiful collection of recipes designed to inspire you to make your meals each Monday meat-free. There are 312 recipes in total, including contributions from top celebrities and chefs such as Kevin Spacey, José Pizarro, Tom Aikens, Twiggy, Giorgio Locatelli, Bryn Williams, Yotam Ottolenghi – not forgetting the McCartneys, themselves passionately vegetarian. […]

Paul McCartney contributed to the foreword of the book (along with his daughters Mary and Stella), and brought some recipes as well.

[…] Around 40,000 copies of 240-page book have already been shipped to UK stores, and more are being printed. The book will also be launched internationally in Australia, France, Germany, Holland and Finland later this year. A US launch is scheduled for February.

Royalties from the book will go directly to finance the Meat Free Monday campaign.

Sir Paul’s book contains some if his favourite vegetarian recipes but he has enlisted a little help from his celebrity friends such as Twiggy, the model, and Kevin Spacey, the actor, who have also contributed recipes.

In the book’s foreword, Sir Paul explains how by going vegetarian for just one day a week, people can “make a huge difference for the better and set a new pattern for the future of this beautiful planet that we all inhabit”.

Speaking about the launch Sir Paul said that the book “goes to the heart” of several important political, environmental and ethical issues, such as pollution, health and the ethical treatment of animals.

In the foreword, he also suggests that going meat free one day a week also has economic advantages.

“In difficult economic times, people discovered that have at least one meat-free day in their week helped their family budget,” he says. […]