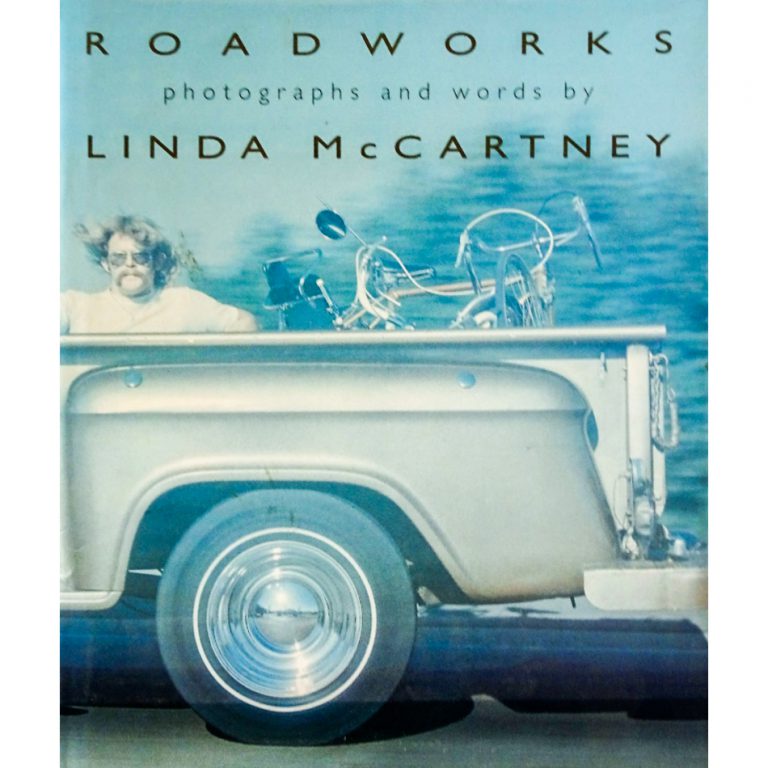 Since the early days of her photographic career, when she was shooting for the Fillmore East, and throughout her thirty-year vocation as a photographer, Linda McCartney has been unafraid of breaking rules and has possessed a keen eye for the transient moment. These 160 photographs, many taken during her travels around the world, reveal that eye at work. This collection of candid glimpses and startling juxtaposition affirms Linda’s status as one of the most astute visual chroniclers of our culture.

These 160 photographs, many taken during her travels around the world, Reveal that eye at work. From her telling photographs of Londoners caught in the moment of recognition, children playing in the waves, and a panhandler at a crossroads to those taken on tour with her husband, Paul McCartney, and his band Wings – tired roadies waiting, guitars left leaning, the exultant audience – her work is intuitive, poetic, and always beautiful.
Like her bestselling book of portraits, Linda McCartney’s Sixties, this collection of candid glimpses and startling juxtapositions affirms Linda McCartney’s status as one of the most astute visual chroniclers of our culture.

For a long time, Linda has admired the work of photographers who are not necessarily commercial, as such.

Many of the photographs that she has taken, she’s never really found the opportunity to publish because they’re not right for magazines – they’re a little too personal or a little too obscure for the average publication.

But finally, with this book, she has her chance. Having established her commerciality with Sixties, which sold more than most photographic books, she has the opportunity to do something more strange.

People shouldn’t expect a straightforward commercial book. This is more Linda’s own taste, the photography that she really enjoys.

I love this book, I think it’s really very exciting. It’s a great book, with marvellous images and lot of humour in it.

My passion for photography began when I was living in Arizona in the early 60s. I went to a night class. l didn’t really know much about it; it was a once-a-week class in photography, and they were already half-way through the class. At the end of the hour the teacher said, ‘All right people . . . take your roll of film and l’ll see you next week’. So I went up to her and said, ‘l don’t have a camera and I don’t know how to take a picture’. And she said, ‘Well, borrow a camera and take a picture’. So that’s how it all began…

My friend Brian Clarks, the artist, says nothing is so trivial that it should not be of the greatest interest to the photographer, and he sums me up: I could take pictures of a roll of toilet paper if it had something quirky about it… I think that approach is more evident here, in Roadworks, than in other books of my photography. These pictures are really on the spot, capturing a moment in time… ln Roadworks, which is a collection of pictures I’ve taken on the road, a lot of the pictures were taken on the hip, no time to check the film speed or the light – but I’ve never used a light-meter anyway and I’ve rarely ever used artificial light. I just get the moment and click.

I’m interested in capturing character in my photography too. When Paul’s on tour, other photographers might be interested in getting the guitar-hero shot but I’m not. I’m interested in taking pictures of the road crew, the characters. I took a photograph recently of a Mexican guy with a knapsack on his back which said Mexicano and other stuff he’d written on it. To me, he was very interesting, so I just took a photograph of him and his shadow. But if a star had been standing there, I wouldn’t have bothered to take the picture.