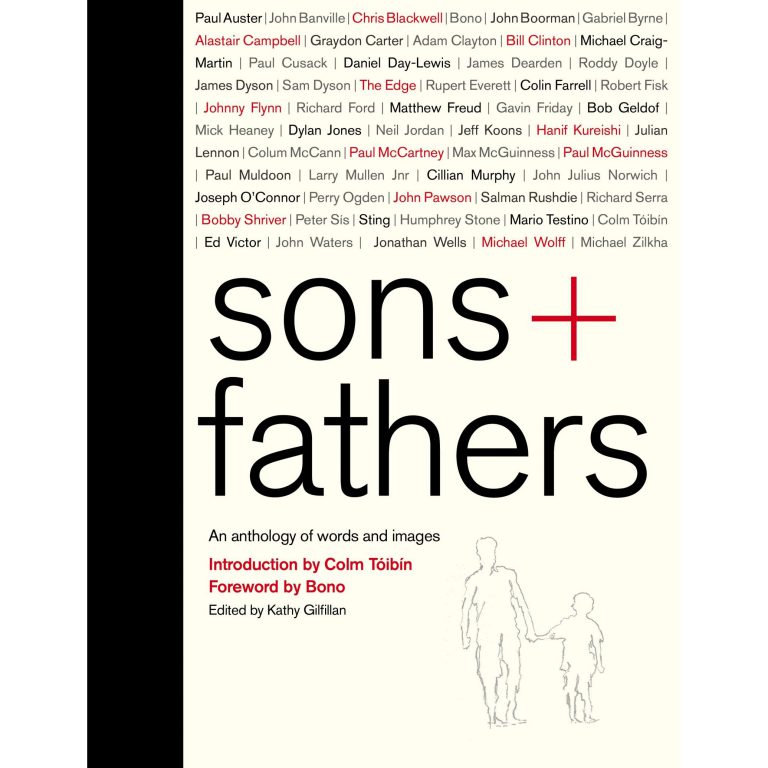 Paul McCartney contributed to a new book “Sons + Fathers“, released on this day in the UK, by giving the following anecdote about his late father Jim McCartney:

When I was a kid my dad had a lot of expressions that he used and nowadays I remember them with great fondness. One of his expressions was ‘Put it there if it weighs a ton.’ After he passed away I wrote a song using the essence of what he said and this is it.

Some of the world’s best known men including President Bill Clinton, actor Gabriel Byrne and all of the members of rock group U2 are part of a special new Irish Hospice Foundation book celebrating the unique relationship between sons and fathers.

International writers, actors, artists, musicians, politicians and entrepreneurs make up the star-studded cast contributing to Sons+Fathers. The global book of words and images was inspired by U2 lead singer Bono who donated tender drawings he made of his father towards the end of his life. These formed the foundation of this remarkable anthology of personal contributions.

The book is edited by writer and editor Kathy Gilfillan, a director of the Lilliput Press.