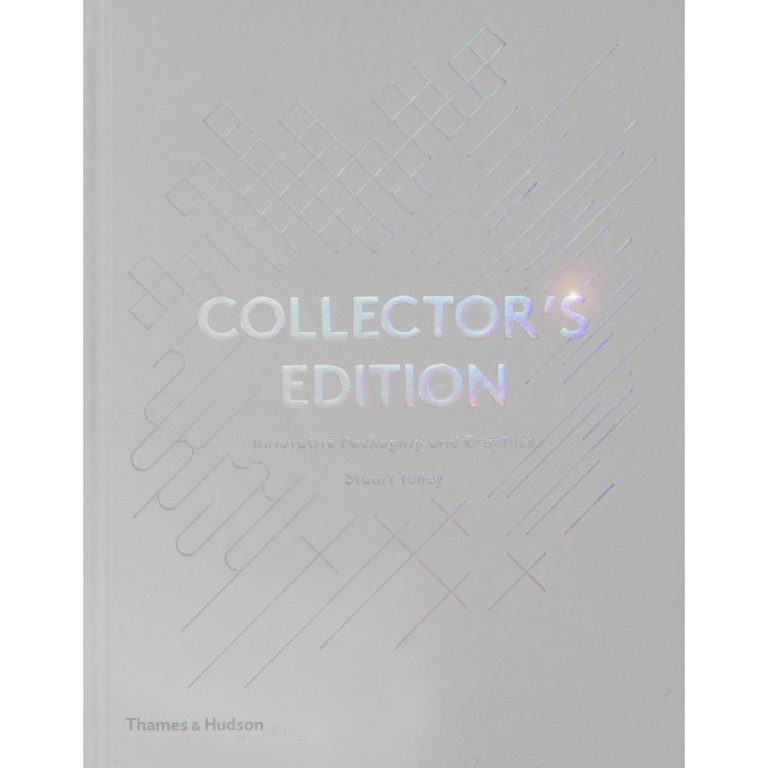 For those of you who may be unfamiliar with the term, a ‘cover bomb’ is an artwork, drawn by hand, directly on top of an original book cover.

Collector’s Edition: Innovative Packaging and Graphics is a new book by Stuart Tolley, published by Thames and Hudson and released back in August of this year. The book is a visual survey, which brings together 180 examples of innovative graphic and product design created for special collector, limited or deluxe editions.

These unique hand drawn ‘artist cover bomb’ edition books are, in essence, the collector’s editions of Collector’s Edition and are currently live at online auction raising funds for The Alzheimers Society.

The online auction runs until the 12th December

Drawing on books isn’t something we normally encourage, and you should definitely refrain while visiting the local public library. But when the likes of Nick Cave and Paul McCartney pick up their pens and start doodling on the cover of a book, it stops being vandalism and instead becomes a great way to raise money for charity.

Collector’s Edition: Innovative Packaging and Graphics is a survey of current visual culture authored by Stuart Tolley, looking at what’s happening in the worlds of music, book and magazine design. Nine copies of the volume have recently come in for some extra decoration from nine stars of the music and visual arts worlds; each has had a go at a cover with their pens like naughty schoolchildren to create Collector’s Edition collector’s editions which were auctioned off in aid of The Alzheimer’s Society. The participants in the Artist Cover Bomb event were Wayne Coyne, Stanley Donwood, Peter Gabriel, The Designers Republic, Jessica Hische, Alec Soth, Oliver Jeffers along with the aforementioned, and while the total from the online bidding wars is still being calculated, the charity came out a big winner. […]

This global survey brings together over 170 examples of innovative and inspired packaging from the worlds of music, book publishing and magazines that have been released as a collector’s, limited or deluxe edition.

Organized into four sections – Boxed; Multiples; Hand; and Extras – each example is accompanied by a project description and vital reference information about the format, materials and finishes used in the design, and the client, record label, publisher and designer behind the work. A broad spectrum of formats and genres is included, ranging from editions of albums by international recording artists to ultra-rare and expensive publications.

Illustrated throughout with specially commissioned photography and including in-depth interviews with Stanley Donwood, Irma Boom, Alec Soth, Dinos Chapman, The Vinyl Factory, FUEL, Stefan Sagmeister and The Flaming Lips, Collector’s Edition is an essential resource for all graphic designers and packaging designers.