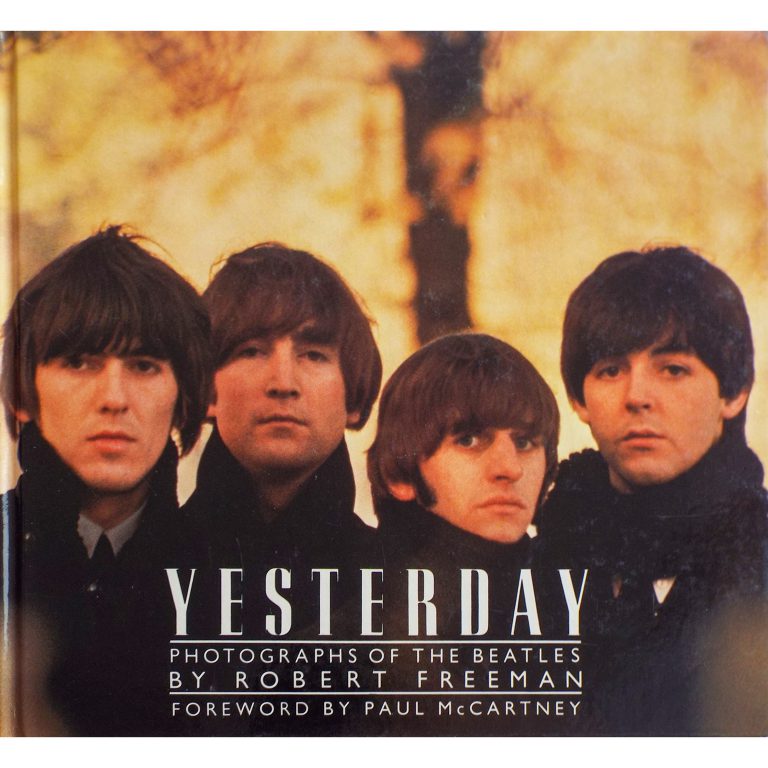 Robert Freeman, photograph of the Beatles, published a book of photographs entitled “Yesterday: The Beatles, 1963-1965”.

When Bob Freeman first took photographs of the Beatles, we treated him like any other photographer. It was when he returned with the results that we began to look at him in a different light. He brought with him large grainy prints, the like of which we had never seen before.

Being given these made a great impression on us, and consequently we were eager to pose for him from then on. Although many other people were taking photos of us at that time, I think we all felt that his stuff somehow summed up our own feelings.

The photographs were artistic without being pretentious, and yet they were commercial enough to be enjoyed by the ordinary fan in the street. The fact that we always felt quite easy about being snapped by him shows in the pictures themselves.

When we came to choose which of Bob’s photos we should use for the cover of “Rubber Soul”, he visited us at a friend’s flat one evening. Whilst projecting the slides on to an album-sized piece of white cardboard, Bob inadvertently titled the card backwards. The effect was to stretch the perspective and elongate the faces. We excitedly asked him if it was possible to print the photo in this way. Being Bob, he said ‘yes’, and the cover to our album ‘Rubber Soul’ was decided.

I have a feeling that his photos were amongst the best ever taken of the Beatles.