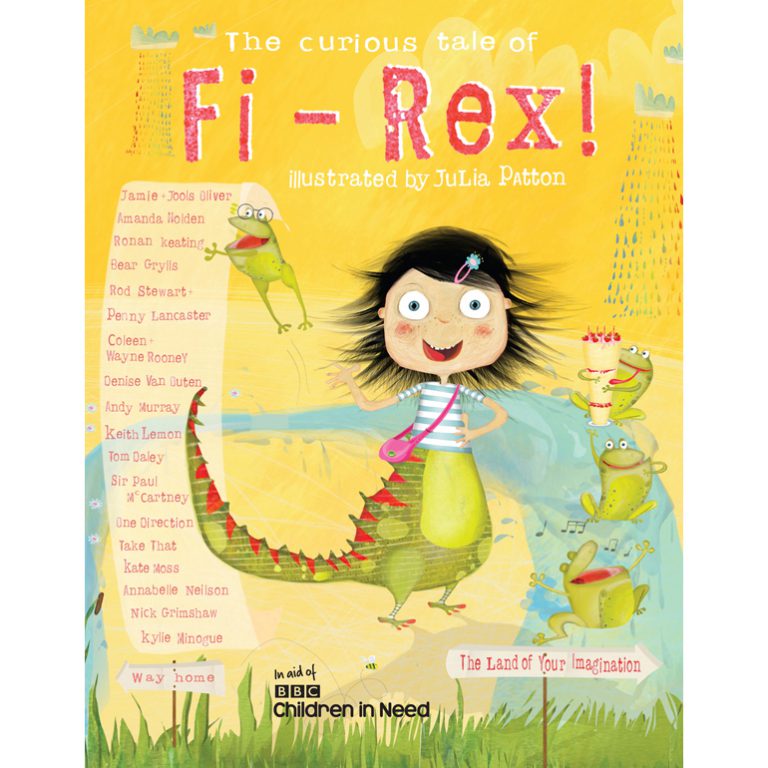 On October 1, 2015, a new children book, “The Curious Tale of Fi-Rex“, was published in the UK to raise money for this year’s BBC Children In Need appeal.

Paul has joined forces with Children in Need and some of the most famous names in music, sport and show business to contribute to the recently published book ‘The Curious Tale of Fi-Rex’.

The story of the half-girl, half-dinosaur called Fi-Rex has been written using the game of ‘Consequences’; each author was only given information about the main character and the final line from the previous page.

As anyone who has played the ‘Consequence’ game can imagine, the story takes some wild and hilarious turns thanks to contributors including Paul, One Direction, Kylie Minogue, Kate Moss, Andy Murray, Jamie and Jools Oliver, Amanda Holden, Take That, Ronan Keating, Tom Daly and Denise Van Outen.

‘The Curious Tale of Fi-Rex’ has been published to raise money for this year’s BBC Children in Need Appeal and nine original pages from the book are currently up for auction.

One of the highlights is an annual telethon, held in November and televised on BBC One and BBC Two from 7:30 pm until 2:30 am. “Pudsey Bear” is BBC Children in Need’s mascot, whilst Sir Terry Wogan was its long-standing host for 35 years. A prominent annual event in British television, Children in Need is one of three high-profile British telethons. It is the only charity belonging to the BBC, the other telethons being Red Nose Day and Sport Relief, both supporting Comic Relief.