Having trouble getting in the holiday spirit this year? Jimmy Fallon, the Roots, Paul McCartney and the cast of “Sing” teamed up Tuesday night for an a cappella version of McCartney’s song “Wonderful Christmastime” complete with “bum-bums,” “da-da-das” and plenty of holiday cheer.

The video, shot in a “Brady Bunch”-style colorful split over a snowy backdrop, opens with Fallon and the Roots and gradually adds more voices and characters.

“Sing,” which opens in theaters this weekend, tells the story of Buster Moon, a anthropomorphic koala who hopes to restore his theater by putting together an epic singing competition. The animated film’s cast includes Matthew McConaughey, Reese Witherspoon, Seth MacFarlane, Scarlett Johansson and Tori Kelly who all appear in the “Tonight Show” video. The film was directed and written by Garth Jennings, co-directed by Christophe Lourdelet and also stars John C. Reilly, Taron Egerton and Nick Kroll. […] 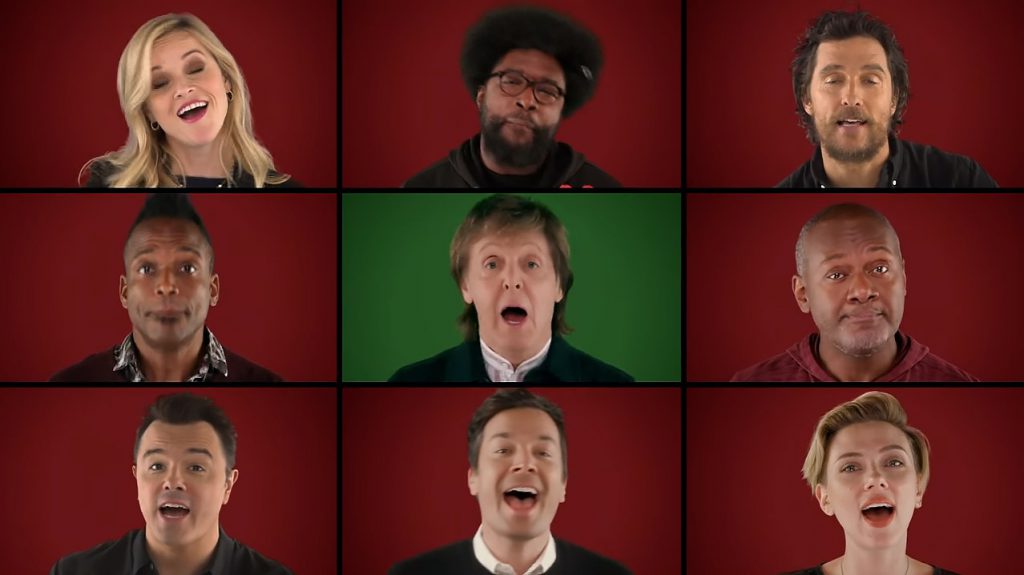 This was the 4th concert played at NBC Studios.