“Biker Like an Icon” is a song by Paul McCartney from his 1993 album Off the Ground. It was released as 7″ and CD singles. Commenting this song, Paul McCartney stated that the line “Biker like an icon” came from a conversation about photo cameras with his wife Linda McCartney. The phrase “I like a Leica” became “I like a Nikon” and the lyrics were built around that line with a story of a girl loving a biker like an icon.

The music video for the song first aired on MTV’s First Look television show. The clip was repeated the following day.

PAUL: “Linda was talking about cameras, and she said, I Jike a Leica, which became I like a Nikon. I started messing with that and it became a biker who had a girl who loved him like an icon – Biker Like An Icon. I like confusing titles. I remember when John and me would always look at the new titles in the American charts and get intrigued by things like Quarter To Three by US Bonds — what could that be about? It was very important to us to get a title that had that buzz. Think of our titles after, I dunno, I Wanna Hold Your Hand –  Hard Day’s Night, Strawberry Fields, Penny Lane, Fixing A Hole.

ROBBIE McINTOSH: Biker Like An Icon was the first thing we recorded after Paul first played us the songs. All we were doing was getting sounds. We took about 15 minutes to learn the shape of it, then we just did it.

HAMISH STUART: A few weeks later we listened back to it, looked at one another and thought, Are we going to spend a day trying to better this? No Point. The magic is there.

“Biker Like an Icon” was the first song recorded for the “Off The Ground” album. As Paul explained in a Club Sandwich interview, this was a very spontaneous recording:

‘Biker Like An Icon’ is a first take and there are a couple of others too [on the album]. [Biker Like An Icon is] such a simple little song that you can ruin it if you go over it 50 times. Everyone understood how it went, and Robbie must have had some idea what he was going to do on slide guitar because he just delivered a solo – I didn’t tell him when to do it, he just felt it.

This, I think, is the secret of the album. With Flowers In The Dirt I experimented with computers, and working with producers who take a long time over everything. There are some interesting aspects to working like that but not enough to excite me. That’s what happened with something like ‘Biker’ – we just did it and got lucky. And the more you listen to the album the more you get to feel that we were enjoying ourselves.

The music video for “Biker Like An Icon” was directed by Richard Heslop, who previously directed the video for “Deliverance“.

A short road movie shot on the road from L.A to Las Vagas in 1993 for Paul McCartneys song ” Biker like an icon”. Cameramen Seamus McGarvey and Richard Heslop . Staring Tamzin Haughton and Mike Leigh.. Shot on 16mm black and white film stock. Produced by Polly Tapson . Directed by Richard Heslop . Thank you Paul it was a dream Job.

There was a girl who loved a biker
She used to follow him across America
But the biker didn't like her.

She didn't care, she still persisted
Though her brother said she was twisted
And the family said they wouldn't miss her
Anyway.

She did her best to fix a meeting
She pulled it off one night in Hollywood
When he met her he couldn't let her get away.

He didn't ask for her permission
He took advantage of her position
But he was always her ambition
Anyway.

The family tried so hard to find her
They showed her picture across America.
But no trace of her sweet face
Was ever found.

See all official recordings containing “Biker Like An Icon” 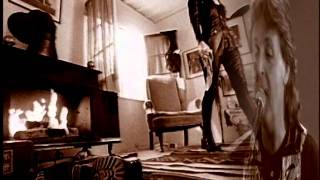 “Biker Like An Icon” has been played in 83 concerts and 1 soundchecks.

Latest concerts where Biker Like An Icon has been played

See all concerts where “Biker Like An Icon” has been played