Album This song officially appears on the She Loves You / I'll Get You 7" Single.

I'll Give You A Ring

Officially appears on Please Please Me / Ask Me Why

Officially appears on With the Beatles (Mono)

“I’ll Get You” is a song by the Beatles, written by Lennon–McCartney, and released by the Beatles as the B-side of their 1963 single “She Loves You“. The song was initially titled “Get You in the End“.

Typical of the Beatles’ vocal style of that period, John Lennon and Paul McCartney sing in unison for the majority of the track, allowing the few occasions when they do harmonise to stand out. But unlike most Beatles songs of the time there is no lead guitar break; the lead guitar is virtually reduced to a second rhythm guitar. The most prominent instruments in the track are McCartney’s “plumply rounded bass” and Lennon’s harmonica, which was overdubbed in a rush as session time ran out.

Beatles writer Bill Harry credits Lennon as the main composer, although McCartney claims it was a 50 / 50 collaboration. McCartney recalls using Lennon’s Menlove Avenue home as the writing base for the song; this was rare as Lennon’s Aunt Mimi, whom he still lived with at the time, was disapproving of the Beatles.

The song’s opening line “Imagine I’m in love with you” was innovative, drawing the listener immediately into the story. McCartney would cite this as an early example of Lewis Carroll’s influence on Lennon’s lyrics — a ploy explored again in later compositions such as “Lucy in the Sky with Diamonds“, “Strawberry Fields Forever” and Lennon’s solo “Imagine“. Reiterating its A-side’s catchphrase (“Yeah“), and assuming the heavy scouse accents conspicuous in their early records, Lennon and McCartney “drawl their way through a mock-naïve love lyric“. McCartney later singled out the chord change underneath “It’s not like me to pretend” (moving from a D major to A minor), crediting the Joan Baez cover “All My Trials” as inspiration. “I [also] liked that slightly faggy way we sang: ‘Oh yeah, oh yeah’, which was very distinctive, very Beatley.” Looking back in 1967, Lennon said: “Ever heard anyone from Liverpool singing ‘yes’? It’s yeah!“.

The song was also released in the US on 10 April 1964 on the Capitol Records album The Beatles’ Second Album. It was not released on album in the UK until the Rarities release as part of the set The Beatles Collection. A live version of the song, recorded at the London Palladium on 13 October 1963, is included on Anthology 1. A version was also recorded at the BBC Paris studios in London on 16 July 1963 for airing on programme nine of the “Pop Go The Beatles” radio series, and has currently not been made officially available. Another BBC performance, recorded on 7 September 1963, was officially issued in 2013 on On Air – Live at the BBC Volume 2.

The song is available on compact disc in the first volume of the two-disc Past Masters compilation.

No original master tapes of “I’ll Get You” are known to exist. Standard procedure at Abbey Road Studios at the time was to erase the original two-track session tape for singles once they had been “mixed down” to the (usually monaural) master tape used to press records. This was the fate of two Beatles singles (four songs): “Love Me Do“, “P.S. I Love You“, “She Loves You“, and “I’ll Get You“. The master take is unknown.

The harmonica is an overdub so it must be a 2d generation tape (at least).

Paul McCartney added “I’ll Get You” to the setlists of his 2005 US tour.

We wrote that together. It was the B-side of something, She Loves You or From Me To You. 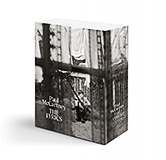 Well, there's gonna be a time
When I'm gonna change your mind
So you might as well resign yourself to me
Oh yeah

She Loves You / I'll Get You

Concert From "Sunday Night At The London Palladium" in London, United Kingdom on Oct 13, 1963

See all official recordings containing “I'll Get You”

The Beatles At The Beeb - Volume 5

Concert From "Saturday Club" in London, United Kingdom on Aug 24, 1963

Concert From "Pop Go The Beatles" in Manchester, United Kingdom on Sep 03, 1963

See all bootlegs containing “I'll Get You”

Latest concerts where I'll Get You has been played

See all concerts where “I'll Get You” has been played