One thing we know about ‘Lavatory Lil’ is this… We will never know who Paul wrote the song about! We do know that the character is based on someone who Paul worked with, that turned into a bit of a baddie. Paul recorded the song using a vintage 1954 Telecaster guitar gifted to him by his wife Nancy. To get the great blues rock sound on the song, Paul played the Telecaster through his Vox AC30 amp.

“Lavatory Lil” is a parody of someone I didn’t like. Someone I was working with who turned out to be a bit of a baddie. I thought things were great; it turned nasty. So I made up the character Lavatory Lil and remembered some of the things that had gone on and put them in the song. I don’t need to be more specific than that. I will never divulge who it was.

Tell us about “Lavatory Lil”. This is a bit of light relief?

To tell you the truth, she was someone we rubbed up against. You get a few of ’em in life, these people who screw you over. I thought, ‘I’ll have you. I’ll write a song. You’ll never know it’s about you because I won’t tell anyone. But I’ll know. And people who know who I’m talking about will know.’ So I drew on my dislike of this individual and made her into a song character. It’s a simple little song, and I love playing it. The vocal was the first take. It’s like I say, if you think you’re doing a posh, important album, you might go over the vocal and think you can improve it. But this was: “It’ll do.” My missus gave me this beautiful little 1954 Telecaster which I haven’t played too much until this album, so it gave me a great chance on the lead part of “Lil”.

Paul McCartney slightly changed his story, during the “McCartney III” Twitter Listening Party, claiming “Lavatory Lil’” was a fictitious character (maybe because a lot of commentators thought and wrote that “Lavatory Lil’” could be Heather Mills, Paul’s second wife):

Lavatory Lil’ is about anybody that you don’t like and that you didn’t get on with and I think in our lives we have a lot of people like that. It’s not about anyone in particular but it is a fictitious character. It harks back to one of John’s old songs, Polythene Pam, and what you do is you take half an idea of someone, you just make a fiction about what they do and what they’re like, so that was Lavatory Lil’. My missus gave me this beautiful little 1954 Telecaster which I haven’t played too much until this album, so it gave me a great chance on the lead part of Lil’.

An alternative version of “Lavatory Lil’” was released as a bonus track on some versions of “McCartney III“. 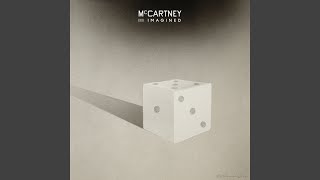 "And she robbed golden swan" doesn't make sense. The guy who sings it on Youtube sings "She's probably taken a pill" which makes better sense. Can you find out which it is

Hi Peter,
Thanks for the comment.
Listening to the McCartney's version, it's def not "She's probably taken a pill", and it's hard for me to get the real word - I heard sthg like "And she robbed the golden swan of a pill", which doesn't really make sense, right ?
8 days to wait, to get the real lyrics printed !!