“Mrs. Vandebilt” is a song by the British–American rock band Paul McCartney and Wings from the album Band on the Run. The track was not issued as a single in the UK or US, but was a single in Continental Europe and Australia.

Howie Casey is featured with a saxophone solo.

The song was recorded during the album sessions in Lagos, Nigeria. The studio suffered a power outage during the session, but the recording continued with backup generators. Additional overdubs were later done in London.

The forced laughter that closed “Mrs Vandebilt” was influenced by Charlie Chester’s effects on his studio audience. Wings added more laughter in London’s AIR Studios after returning from Lagos, Nigeria. McCartney recalled: “The laughing? It started off in Africa. We were doing sort of daft laughs at the end. When we got back we eventually overdubbed this crowd of people who were laughing. It was great listening to the tapes, trying to select the little bit of laughter that we would use. Most of it was us, but we need a little bit to cushion it up. It was great listening to a roomful of people laughing in stereo. They were getting into all these laughing bits, and we were on the floor.”

McCartney had not played the song live until a free concert on 14 June 2008 in Kyiv, Ukraine, on account of it receiving the most requests in a web poll. McCartney played the song in his concert for Quebec City, and then at Hayarkon Park in Tel Aviv, Israel, on 25 September 2008, his first show in Israel. It became a fixture in his setlist, as he also performed the song in Halifax, the first show of his 2009 summer tour, as well as in his three July 2009 performances at the Citi Field in New York City. In addition, the song was featured in his Up and Coming Tour in 2010, his On the Run Tour in 2011-12, and most of his Out There Tour in 2013. It was dropped for the performances in Japan at the end of the latter tour in November 2013. […] […]

This was recorded during a power cut in Lagos. Suddenly everything went black, and eventually, we found ourselves doing it on EMI generator power, and just hoping the hum wouldn’t come over on the record. There’s a phrase on this track that is also on a song I wrote for Rod Stewart, one he’s just recorded. It fitted so well into this one, too, that I pinched it! So the phrase is in both songs. 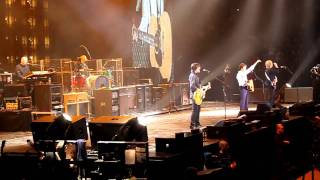 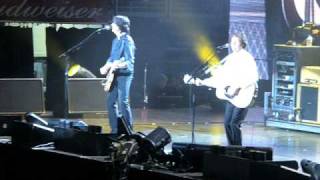 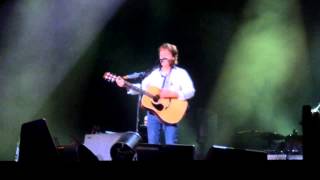 “Mrs. Vandebilt” has been played in 122 concerts and 13 soundchecks.

Latest concerts where Mrs. Vandebilt has been played

See all concerts where “Mrs. Vandebilt” has been played

Who does Mrs. Vandebilt refer to? Is this about a real person?