Take Good Care Of My Baby

Take Out Some Insurance On Me, Baby

Recording "Take It Away", "Average Person"

Overdubs for "Take It Away", "Dress Me Up As A Robber"

“Take It Away” is a single by Paul McCartney from his 1982 album Tug of War. The single spent sixteen weeks on the Billboard Hot 100 singles chart, reaching #10 It reached #15 in the UK. The music video, directed by John Makenzie, features former Beatles drummer Ringo Starr and long-time producer George Martin, both of whom played on the track, as well as actor John Hurt.

Although there is a segue from “Tug of War” into this song on the album, the single version instead starts cleanly but fades out earlier at the end.

From Something Else Reviews:

Celebrated at the time as a partial Beatles reunion, Paul McCartney’s “Take it Away” certainly starts that way, with an off-kilter rhythm courtesy of Ringo Starr and all of the tasteful hallmarks of a George Martin production — right down to the stoic piano accompaniment. But there was more to this standout track from Tug of War,released in April 1982.

The song’s most interesting new element, really, comes from 10cc alum Eric Stewart, whose presence clearly sparked Paul McCartney to dabble in some of that group’s now-famous layering of background vocals. “Take It Away” ends with a soaring loop of wordless sighs from a thousand Pauls, Erics and Lindas. A darker undertone surrounds the album, too, no matter how high that coda rises. That had more to do with the Beatle who wasn’t there, rather than the ones who were. […]

From an interview with Club Sandwich, 1982:

Andy Mackay – “Take It Away” seems a fairly straight forward, a very straight McCartneyish track, very cheerful, but that is one of the songs that sounds very British, funnily enough.

Paul – Well, there were a couple of songs that we ended up recording which Ringo asked me to write at a certain period. I was writing some songs for Ringo and “Take It Away” was in amongst those songs. I thought it would suit me better the way it went into the chorus and stuff; I didn’t think it was very Ringo.

Paul – I mean, the chorus I think, was Ringo, the other bits… but that’s how that comes to be that kind of track I think, I was right in that sort of direction with Ringo in mind actually.

Lonely driver
Out on the road
With a hundred miles to go
Sole survivor
Carrying the load,
Switches on his radio

Take it away
Want to hear you play
Till the lights go down (down down)
Take it away
Don't you want to stay
Till there's no one else around?

Take it away
Want to hear you play
Till the lights go down (down down)
Take it away
Don't you want to stay
Till there's no one else around?

Take It Away / I'll Give You A Ring

See all official recordings containing “Take It Away”

See all bootlegs containing “Take It Away” 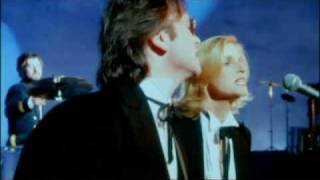 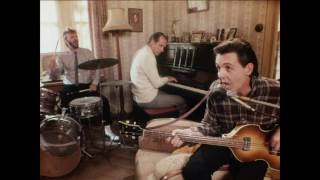 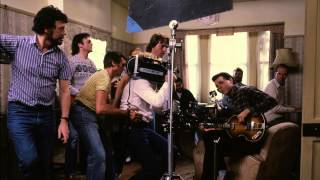 “Take It Away” has been played in 1 concerts.

Latest concerts where Take It Away has been played

'Take It Away' promotional video filming