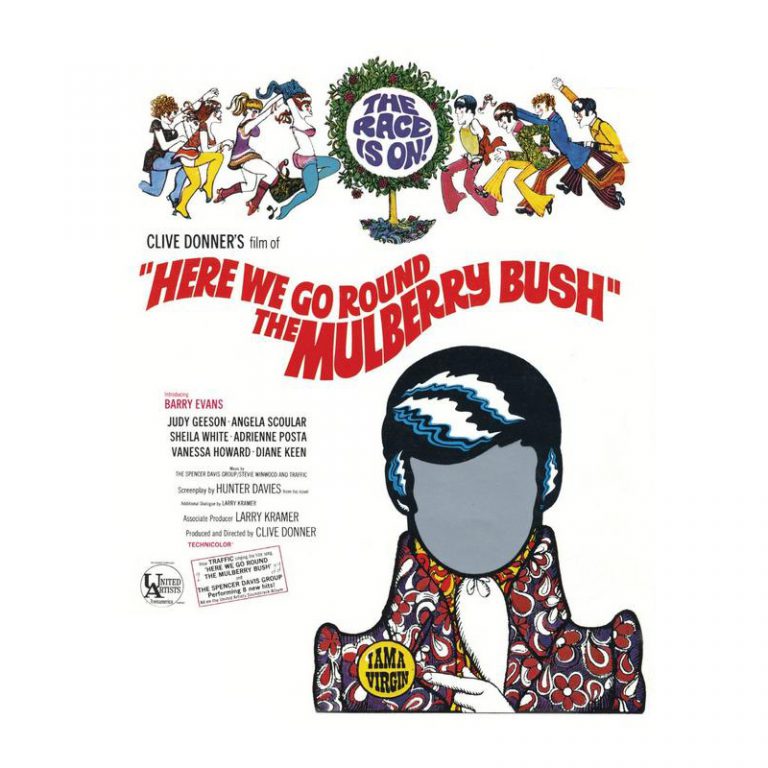 On this day, Paul McCartney and Jane Asher attended the world premiere of the film “Here We Go Round The Mulberry Bush“. Among the other attendees were George Harrison, director Clive Donner, writer Hunter Davies (who had written the novel which inspired the film, and would publish an authorized biography of the Beatles some months later), Joan Collins, Spencer Davis, Dave Mason…

Here We Go Round the Mulberry Bush is a 1968 British comedy film produced and directed by Clive Donner, based on the 1965 novel of the same name by Hunter Davies. The film stars Barry Evans, Judy Geeson and Angela Scoular. It was listed to compete at the 1968 Cannes Film Festival, but the festival was cancelled due to the events of May 1968 in France.

Jamie McGregor (Barry Evans) is a virginal sixth-former in a Swinging Sixties new town, delivering groceries for the local supermarket. However he is more interested in matters sexual and sets out to lose his virginity by attempting to seduce the local girls – Linda, Paula, Caroline, and his dream girl, Mary. He ultimately succeeds in bedding the sexually aggressive Audrey, only to learn too late that sex isn’t as important as he initially believed.

The music was released by United Artists Records on a soundtrack album in 1968. It has been re-issued on CD by Rykodisc. The Spencer Davis Group provided most of the music and made a cameo appearance in the film at a church fete. The title track “Here We Go Round the Mulberry Bush” was written and performed by Traffic. Traffic also have two other songs on the soundtrack album “Am I What I Was or Was I What I Am” and a version of “Utterly Simple” that is different from the recording used on the album Mr Fantasy. Andy Ellison of the group John’s Children also appears on the soundtrack album with the song “It’s Been a Long Time”.