Paul meets Princess Margaret on the set of “The Magic Christian” 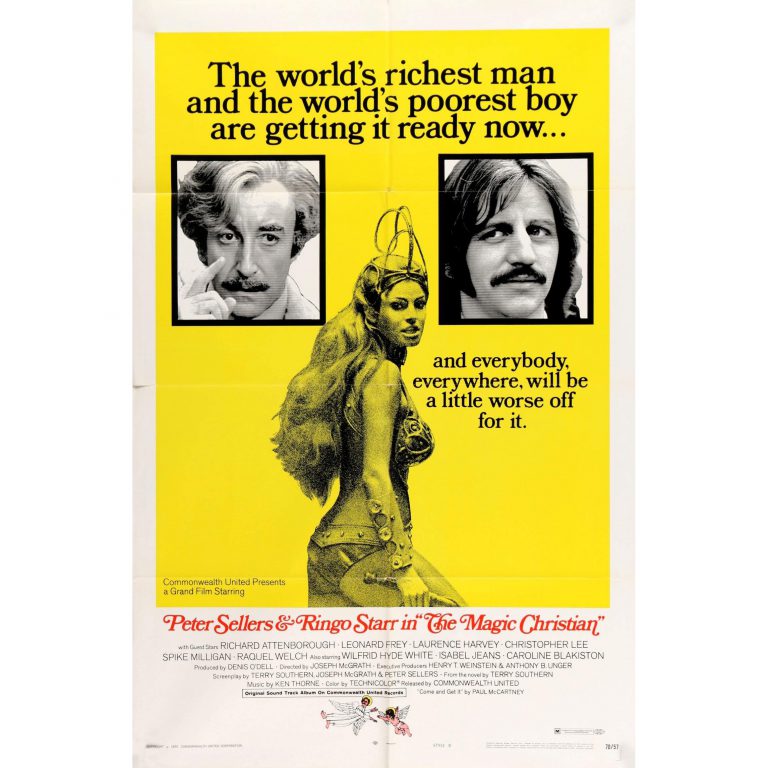 Officially appears on Come And Get It / Rock Of All Ages

On this day, Princess Margaret visited Twickenham Film Studios and the set of the film “The Magic Christian” starring Peter Sellers and Ringo Starr. Paul McCartney and Linda Eastman were also visiting, and Paul spent some time discussing with the Princess in the afternoon.

Princess Margaret made an unscheduled visit to Twickenham Film Studios on Tuesday, March 4, arriving there at eleven in the morning and staying until just after 5 p.m.

She watched the stars of the film “The Magic Christian” – Ringo Starr and Peter Sellers – rehearsing and shooting some of the production’s first scenes. There was one particularly hilarious sequence in a restaurant setting.

Other visitors that day included Paul with Linda Eastman and Mary Hopkin. Paul spent a long time sitting next to the Princess in deep conversation during the afternoon.

The Magic Christian is a 1969 British satirical black comedy film directed by Joseph McGrath and starring Peter Sellers and Ringo Starr, with appearances by John Cleese, Graham Chapman, Raquel Welch, Spike Milligan, Christopher Lee, Richard Attenborough and Roman Polanski. It was loosely adapted from the 1959 comic novel The Magic Christian by the American author Terry Southern, who co-wrote the screenplay adaptation with McGrath. The film also features pre-Monty Python appearances of John Cleese (credited) and an uncredited Graham Chapman, who had jointly written an earlier version of the film script.

Songs by Badfinger, including “Come and Get It” written by Paul McCartney, were used on the soundtrack. The official soundtrack album had other music as well as dialogue from the film. Badfinger released an album, Magic Christian Music, containing their songs for the film.

The film received mostly negative reviews on release, citing its unrelenting and heavy-handed satire of capitalism, greed and human vanities.