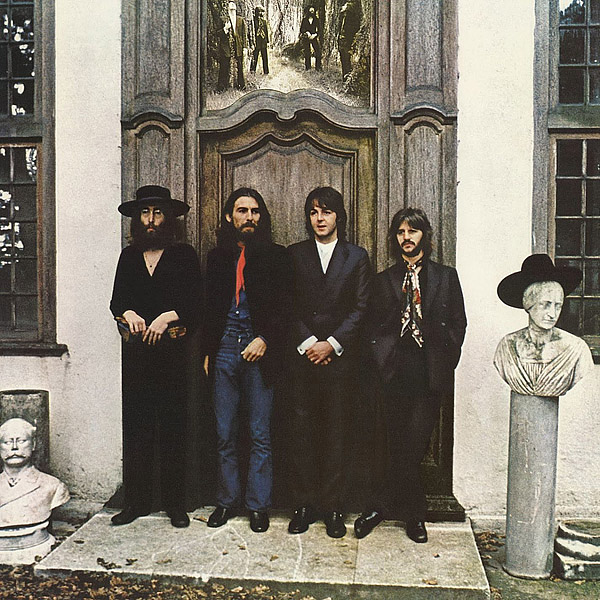 The Beatles’ last photo session took place on this day at John Lennon and Yoko Ono’s home in Tittenhurst Park, two days after their last recording session together. From formidablemag.com:

The photographers were Ethan Russell and Monte Fresco, with additional pictures taken by The Beatles’ assistant Mal Evans. Some low-quality film footage was also shot, some of which is thought to have been shown on the BBC Two arts programme Late Night Line-Up on 19 September 1969, during an Abbey Road special.

[…] Photographers Ethan Russell and Monte Fresco were enlisted to take on the shoot, with the band’s assistant Mal Evans taking a few photos himself. Paul McCartney’s pregnant wife Linda was also there, also taking footage on Paul’s 16mm camera, as well as Yoko herself. The final photos consisted of various images of the band in different places in and around the property, with Linda and Yoko also appearing in some of the behind-the-scenes shots. […]

George Harrison was miserable from frame one to frame 500. He was so over it. I don’t think he did anything but scowl for three hours.

Paul was trying to hold it together. He had his arms crossed like, ‘Come on, lads!’ But the concept of the Beatles just didn’t sync with who they were anymore. I could have asked them to smile, but it would have been totally fake and I’m glad I didn’t. This marriage had come to an end – and boy does it show.

Linda shot some 16mm footage on my camera. That turned out to be the last film taken.

Paul McCartney – From The Beatles Anthology

The group photo session began in front of the main house, the Beatles standing among the pillars supporting the terrace canopy. They then walked down the main garden path, past the Diana statue, to a paddock of high grass (an old cricket pitch), where George, Paul, John, and Ringo stood in a row, being photographed and filmed from all sides.

John and Yoko then lead a pair of donkeys from the nearby stables, and the Beatles posed with them.

The Beatles were then photographed at the following locations – Underneath the Cypress tree near the Diana statue – Underneath a pair of Weeping Blue Atlas cedar trees – In front of the Atlas trees – On the lawn near the main house, in front of a retaining wall – On the balcony, leaning against the front door of the Victorian assembly hall, surrounded by stone busts – Looking over the balcony (joined by Linda and Yoko) – Standing in a side doorway of the assembly hall – Sitting, and then standing, in front of two arched porches in the southern wall of four terraced cottages – John and Ringo then going upstairs and looking out of the first floor windows – On the walled path between the cottages and the main house – Indoors, sitting at a large wooden table – Outside, grouped in a corner of the Southern balcony of the main house.

Photos from this session would be used to promote the “Something / Come Together” single released in October 1969, and to create the artwork of the “Hey Jude” US compilation released in February 1970.

On the same day, Paul McCartney also joins Badfinger at EMI Studios, to record “Carry On Till Tomorrow“.