TV Show • By The Beatles 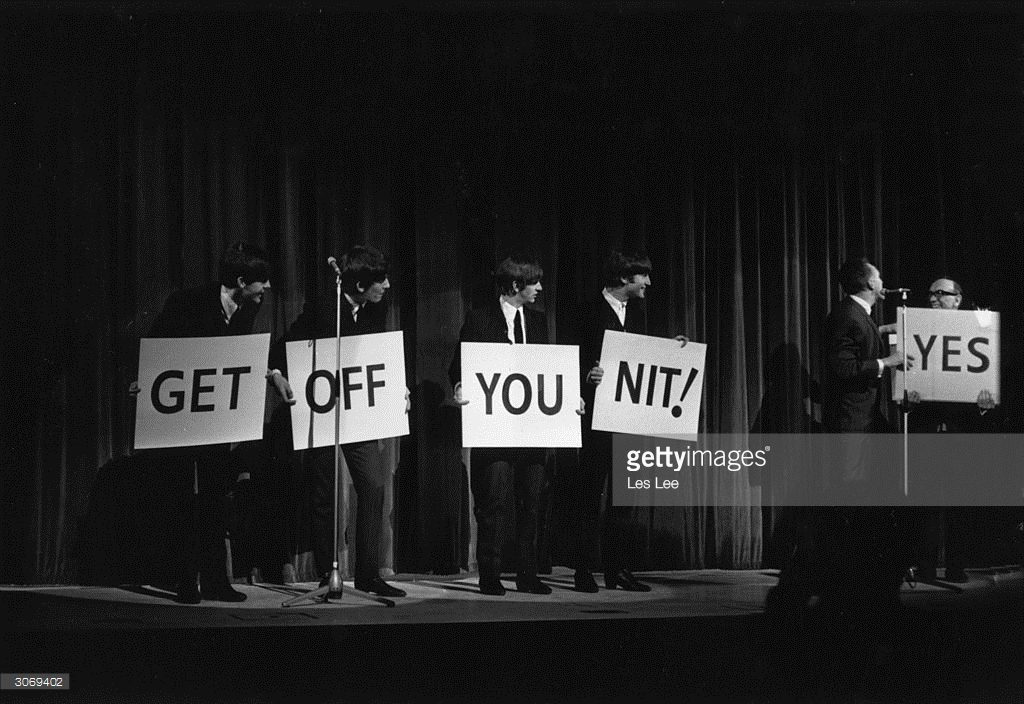 The Beatles on stage at the London Palladium hold placards saying,’Get Off You Nit’. 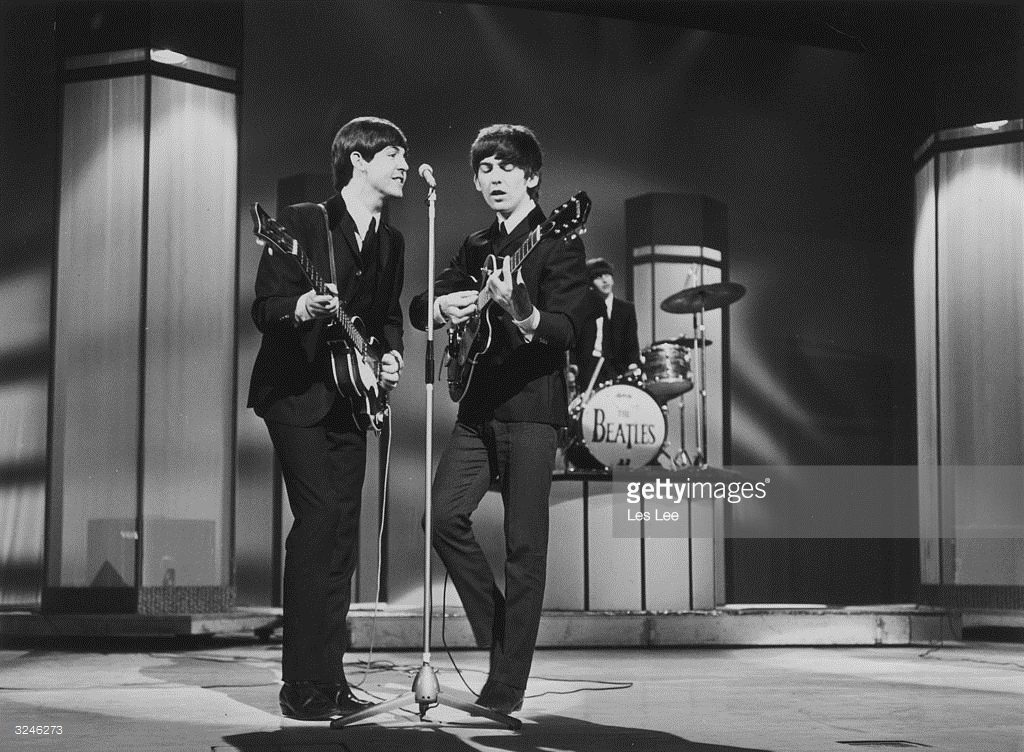 Bassist Paul McCartney and guitarist George Harrison (1943 – 2001) sing at a microphone as the Beatles perform at the London Palladium. Drummer Ringo Starr plays from a riser in the background. London, England, January 1964.

This was the 2nd concert played at London Palladium.