Album This song officially appears on the With the Beatles (Mono) LP.

All It Needs Is A Darn Good Song

"With The Beatles" session #2

"With The Beatles" session #3

"With The Beatles" session #9

Paul McCartney: Inside the Songs

“All My Loving” is a song by the Beatles, written by Paul McCartney (credited to Lennon–McCartney), from the 1963 album With The Beatles. Though it was not released as a single in the United Kingdom or the United States, it drew considerable radio airplay, prompting EMI to issue it as the title track of an EP. The song was released as a single in Canada, where it became a number one hit. The Canadian single was imported into the US in enough quantities to peak at number 45 on the Billboard Hot 100 in April 1964. It was the first song most Americans ever heard the group sing as it was the opening song on their debut on Ed Sullivan Show on February 9, 1964.

According to journalist Bill Harry, McCartney thought of the lyrics whilst shaving, though McCartney told biographer Barry Miles that he wrote them while on a tour bus. He also said, “It was the first song I’d ever written the words first. I never wrote words first, it was always some kind of accompaniment. I’ve hardly ever done it since either.” The lyrics follow the “letter song” model as used on “P.S. I Love You“, the B-side of their first single. After arriving at the location of the gig, he wrote the music on a piano backstage.

Lennon expressed his esteem for the song in his 1980 Playboy interview, saying “it’s a damn good piece of work. … But I play a pretty mean guitar in back.”

It has been hypothesized that the piece draws inspiration from the Dave Brubeck Quartet’s 1959 song “Kathy’s Waltz“.

They recorded the song on 30 July 1963 in eleven takes with three overdubs. The master take was take fourteen overdubbed on take eleven. It was remixed on 21 August (mono) and 29 October (stereo).

A slightly longer stereo edition of the song, featuring a hi-hat percussion introduction not found on the common stereo or mono mixes was released in Germany and the Netherlands in 1965 on a compilation album entitled Beatles’ Greatest. This version was later released in the UK, but only as part of The Beatles Box.

The song was used twice in films by the group – it plays in the background at the end of the nightclub scene in A Hard Day’s Night (though without the drum opening and the coda), while an instrumental version appears in the movie Magical Mystery Tour.

According to Alan Weiss, a TV producer who happened to be there, “All My Loving” was playing on the sound system at Roosevelt Hospital emergency room when Lennon was pronounced dead after being shot on 8 December 1980.

“All My Loving” has been praised by multiple critics. Ian MacDonald said, “The innocence of early Sixties British pop is perfectly distilled in the eloquent simplicity of this number” and described the song as helping McCartney be seen as more of an equal to Lennon. Richie Unterberger of Allmusic said it “was arguably the best LP-only track the Beatles did before 1964” and that if it had been released as a single in America it would have been a huge hit. […]

The untrimmed stereo [b1] opens with 5 taps on a hi-hat, left, and then an intake of breath, right. The untrimmed mono [b4] is probably combined from [b1], unless we suppose there was also an untrimmed version of [a].

The CD remix [c] has the vocal track centered, leaving nothing far right.

A US CD of rarities issued by Westwood One in 1993 allegedly for radio stations has a forgery of the untrimmed [b1] made by joining a tape copy of a record of [b1] to a cleaner copy of [b]. The stereo image is reversed in one of them, and the intake of breath is missing.

Paul McCartney added “All My Loving” to the set list of his 2003 New World Tour, and the song has regularly been included in the setlists ever since.

Close your eyes and I'll kiss you,
Tomorrow I'll miss you,
Remember I'll always be true.

And then while I'm away
I'll write home every day
And I'll send all my loving to you.

I'll pretend that I'm kissing
The lips I am missing
And hope that my dreams will come true.

And then while I'm away
I'll write home every day
And I'll send all my loving to you.

With the Beatles (Mono)

With the Beatles (Stereo)

2:04 • Radio show • L1 • The above three songs were from With The Beatles released a few weeks before Christmas 1963 and still at number one when this programme was broadcast on Easter Monday.

See all official recordings containing “All My Loving”

See all bootlegs containing “All My Loving” 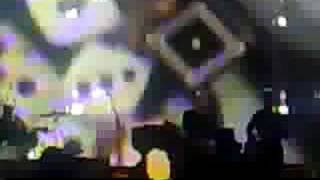 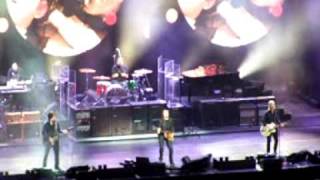 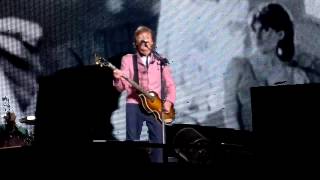 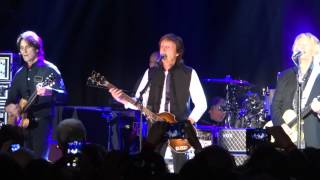 “All My Loving” has been played in 421 concerts and 40 soundchecks.

Latest concerts where All My Loving has been played

See all concerts where “All My Loving” has been played