Cut Me Some Slack

Recording "Cut Me Some Slack"

Officially appears on Concrete And Gold

“Cut Me Some Slack” is a song written by Paul McCartney and ex-members from Nirvana, Dave Grohl, Krist Novoselic and Pat Smear.

Dave Grohl had the idea of creating a documentary about the history of the Sound City recording studio in Los Angeles (where Nirvana recorded its album Nevermind in 1991). He invited various artists to record the soundtrack, including Paul McCartney.

Paul McCartney, Dave Grohl, Krist Novoselic and Pat Smear wrote and recorded “Cut Me Some Slack” during a 3-hours jam.

Dave [Grohl] asked me to come along for a jam with some mates. Dave suggested maybe doing something like ‘Long Tall Sally’ but I thought maybe we should just make something up.

We walked in; we jammed the song. It just came out of nowhere. The best songs happen that way. We recorded it live and put a vocal over it and that was it. It was three hours and it was perfect.

Along with Dave, Paul found himself jamming with Krist Novoselic and Pat Smear. “They were saying how good it felt to be back together. I said, ‘Whoa? You guys haven’t played together for all that time?’ Someone whispered to me, ‘That’s Nirvana’, I couldn’t believe it.”

Paul McCartney, Dave Grohl, Krist Novoselic and Pat Smear premiered the song during the Concert For Sandy Relief, on December 12, 2012. Two days after, on December 14, 2012, the studio version was published on YouTube.

Did your mama, set me free?
Oh mama, let me be
Oh mama, watch me run
Mama, I wanna have some fun

If you wanna stick around you gotta cut me some slack
I'?m gonna hit the road again and not come back

See all bootlegs containing “Cut Me Some Slack” 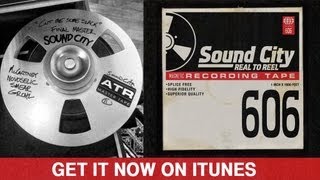 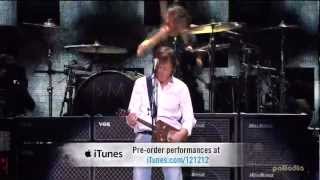 “Cut Me Some Slack” has been played in 3 concerts and 1 soundchecks.

Latest concerts where Cut Me Some Slack has been played