(I Want To) Come Home

Album This song officially appears on the (I Want to) Come Home Single.

Timeline This song has been officially released in 2009

Recording "(I Want To) Come Home"

Overdubs for "(I Want To) Come Home"

(Let Me Be Your) Teddy Bear

“I Want to Come Home” was written and recorded by Paul McCartney for the 2009 film “Everybody’s Fine“, and released as a single in online music stores on December 8, 2009, during the week before the film’s theatrical release.

Watching an early screening of Everybody’s Fine, Paul McCartney felt a tug of familiarity when a widower portrayed by Robert De Niro hits the road to visit his scattered children after they cancel a weekend gathering. “The De Niro character inspired me,” McCartney says. […] “I can very much relate to a guy who’s got older children, who happens to have lost his wife, the mother of those children, and is trying to get them all together at Christmas. I understand that. When your kids grow up and have families of their own and inevitably turn to you and say, ‘Do you mind? We’d like to have our own little family Christmas,’ it’s a difficult thing. It’s a big turning point. Like in the movie, you work around it.“

During the private screening, McCartney was warming up to the idea of composing a song for the “fabulous, quite emotional, good family movie.” His anxiety stirred near the end, where writer/director Kirk Jones had inserted a place holder, Aretha Franklin’s version of Let It Be.

“I thought, ‘Holy cow, I can’t do this,’ “ McCartney says by phone during a drive to London. “Sure, write another Let It Be? I was thinking of ringing him the next day and saying, ‘I’m sorry, it’s too big a task.’ That evening, I had a spark of an idea. I started playing on the piano, and later I woke up in the night and thought, ‘I know how this goes.’ I spent a little time putting it down on the cassette. The next day, instead of saying, ‘I can’t do it,’ I decided, ‘I’m going to have a go at this.’ “

“That’s it,” says McCartney, who was initially drawn to Everybody’s Fine by the strong cast. “I don’t do much. I find it a bit intimidating. It’s a different world, and the fear is that either your song will be rejected or the film won’t go out. Thanks a lot. It’s very much out of your hands. You have to cross fingers and toes.”

He made a rough demo at his home studio, and then the former Beatle […] agreed to tweak Come Home to suit Jones.

“He had a couple of notes for me,” McCartney says. “The song used to start quite abruptly. He wanted a little intro. OK, I agreed with that.”

He collaborated with composer Dario Marianelli on orchestrations, resulting in an intimate ballad with piano, guitar and spare strings. […]

The press office went to an early preview screening last week to get a feel for the project and, in our opinion, this movie is a smash! It has HIT written all over it in massive capital letters. We won’t give too much away but the basic plot is about a widower (De Niro) embarking on a road trip to catch up with his grown up children and their lives in order to complete one simple mission – to get his family all together round the same table for Christmas. His kids are forever telling him “Everything’s Fine”, but he soon discovers it’s not quite the case. The film ends with ‘(I Want To) Come Home starting up before the final credits and providing the perfect backdrop to a film that explores many different areas of family life and relationships. The track opens with just Paul at the piano, intimately singing lyrics that fit De Niro’s character; ‘For so long I was out in the cold and I taught myself to believe every story I told’, before he’s joined by strings and the track starts to build. On first listen it reminded us of ‘Chaos and Creation In the Backyard’, which is, peradventure, one of our very favourite solo albums, so we were happy. Paul collaborated on the orchestrations with composer Dario Marianelli and we think the results are spectacular.

Talking about his involvement Paul told us, “I could definitely identify with Robert De Niro’s character because I have grown-up kids who have their own families.”

For so long I was out in the cold,
and I taught myself to believe every story I told.
It was fun hanging over the moon, heading into the sun,
but it’s been too long.
Now I wanna come home.

Came so close to the edge of defeat.
But I made my way in the shade, keeping out of the heat.
It was fun shooting out of the stars, looking into the sun,
but it’s been too long.
Now I wanna come home.

Home.
Where’s there’s nothing but sweet surrender,
to the memories from afar.
Home.
To the place where the truth lies waiting,
we remember who we are.

For too long I was out on my own.
Every day I spent trying to prove I could make it alone.
It was fun hanging over the moon, heading into the sun,
but it’s been too long.
Now I wanna come home.

For so long I was out in the cold,
but I taught myself to believe every story I told.
It was fun hanging over the moon heading into the sun,
but it’s been too long.
Now I wanna come home.

(I Want to) Come Home

Concert From the concert in Hamburg, Germany on Dec 02, 2009

Concert From the concert in London, United Kingdom on Dec 22, 2009

Concert From the concert in Cologne, Germany on Dec 16, 2009

Concert From the concert in Cologne, Germany on Dec 17, 2009

See all bootlegs containing “(I Want To) Come Home” 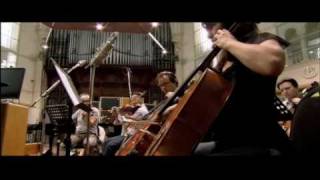 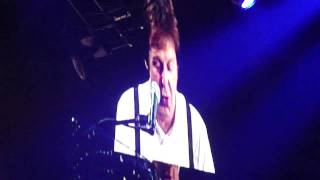 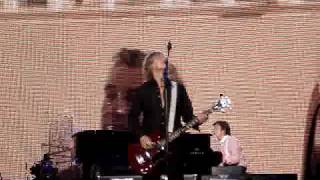 “(I Want To) Come Home” has been played in 11 concerts and 22 soundchecks.

Latest concerts where (I Want To) Come Home has been played

Rock and Roll at the Hollywood Bowl!

"Up And Coming Tour" rehearsal