Album This song officially appears on the Ram LP.

You Gave Me The Answer - RAM Special!

Paul McCartney about the making of Ram

Inspired by his children’s use of wordplay, Monkberry Moon Delight featured lyrics chosen more for their phonetic sound than their meaning.

The title was derived from an alternative word for milk that the McCartney children used. Further inspiration came from the 1959 Leiber and Stoller song Love Potion No. 9.

Love Potion No. 9 featured a similarly surreal tale as McCartney’s later song, in which a man looking for love speaks to a gypsy who sells him the titular potion. It causes him to fall in love with all he sees, including a policeman on the street.

Monkberry Moon Delight takes the surrealism a step further, defying interpretation and logic to present an Edward Lear-esque stroll through the lighter recesses of McCartney’s imagination. As with The Beatles’ Glass Onion, it was almost a direct challenge for those fans who looked avidly for hidden meanings in his songs to spend hours poring over his wild free-association in search of autobiographical clues.

While the music is a light canter, McCartney’s vocals were strident and strained, recalling his classic rock ‘n’ roll performances in such songs as Long Tall Sally and Oh! Darling. Linda McCartney provided the perfect counterpoint with her backing vocals, delivered without affectation.

Monkberry Moon Delight was one of two Ram songs included in Blackbird Singing, McCartney’s 2001 collection of lyrics and poetry. It featured in the section headed The Business. The other Ram song in the book was Heart Of The Country.

“Monkberry Moon Delight I liked, so much so that it’s in my poetry book.” Paul McCartney, Mojo magazine, July 2001

When my kids were young they used to call milk ‘monk’ for whatever reason that kids do – I think it’s magical the way that kids can develop better names for things than the real ones. In fact, as a joke, Linda and I still occasionally refer to an object by that child-language name. So, monk was always milk, and monkberry moon delight was a fantasy drink, rather like Love Potion No. 9, hence the line in the song, ‘sipping monkberry moon delight’. It was a fantasy milk shake.

Paul McCartney in "Man On The Run", by Tom Doyle:

I tried to avoid any Beatles clichés and just went to different places. So the songs became a little more episodic or something. I took on that kind of idea a bit more than I would’ve with The Beatles. I suppose I was just letting myself be free. So if I wanted to do “Monkberry Moon Delight” with a “piano up my nose”, then I figured, that’ll be ok. 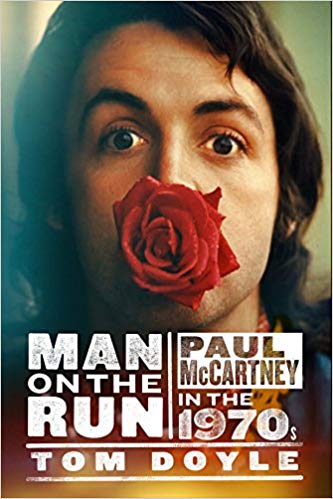 Man On The Run

So was I bound to crack with my head in this hole
And the horrible sound of tomato (matoes, matoes).

The sinews,
The nerves and the veins.
My piano was boldly outspoken,
In attempts to repeat its refrain.

So I stood with a knot in my stomach,
And I gazed at that terrible sight
Of two youngsters concealed in a barrel,
Sucking monkberry moon delight.

5:22 • Studio version • B • Mono • Original mono promo LP, especially made for the American AM stations. All the songs have different mixes

“Monkberry Moon Delight” has been played in 1 soundchecks.

The mad howlings and ad-libing near the end sound like Hey Bulldog's conclusion.

Hi Jack, thanks for noticing (and sorry for the late feedback). You're right, there are some inconsistencies, but the official lyrics at https://www.paulmccartney.com/albums/songs/monkberry-moon-delight indicate "A pillow up my nose". So the transcript of the interview in "Man On The Run" is wrong ? or McCartney didn't correctly remember those words? Or ...