Album This song officially appears on the Ram LP.

Recording "Smile Away", "Heart Of The Country"

Recording "Heart Of The Country"

“Heart Of The Country” is a song from 1971 album “Ram” credited to Paul & Linda McCartney. From Wikipedia:

[…] The song is a simple acoustic tune with a heavy bass chorus, and an unusually mellow sound to the acoustic guitar that was achieved by tuning all of the strings a full step lower than standard pitch. The song is about a man searching for a farm in the middle of nowhere. The song reflects Paul’s heading for the Scottish countryside to escape the headaches associated with the Beatles’ break-up at the time. […]

In a contemporary review for Ram, Jon Landau of Rolling Stone gave “Heart of the Country” a negative review, calling it the album’s “lowest point“, and the song that “most clearly indicates [Ram’s] failures“. Landau described the song as “an evenly paced, finger-picking styled tune, with very light jazz overtones, obviously intended as Paul’s idea of “mellow.”“. However, Landau believed McCartney’s lyrics about the country “ring false“.

Stephen Thomas Erlewine of AllMusic described the song as “an effortless folk-pop tune that ranks among [McCartney’s] very best songs“. Erlewine also praises its “imaginative and gorgeous arrangement“. In 2013, Rolling Stone rated “Heart of the Country” at number 26 in its list of Paul McCartney’s best post-Beatles songs.

The scat is something he wrote while he was recording the song, and, of course, it can be heard traditionally within jazz records. Great song, love it!

In June 1971, Paul & Linda McCartney filmed a promotional video for “Heart Of The Country” and “3 Legs“, another song from “Ram“, in their Scottish farm.

In 1973, Paul McCartney performed a small rendition of “Heart Of The Country“, part of a medley with “Blackbird“, “Bluebird” and “Michelle“, for the TV special “James Paul McCartney“.

In 1991, “Heart Of The Country” was rehearsed in anticipation of the “Unplugged” TV program, but was finally excluded.

Paul re-recorded ‘Heart Of The Country‘ at the tail-end of 2012 for a new Linda McCartney Foods advert promoting their new chilled range. Only a fragment of 44 seconds has been released.

I look high, I look low
I look in everywhere I go
Looking for a home
In the heart of the country

I'm gonna move, l'm gonna go,
I'm gonna tell everyone I know
Looking for a home
In the heart of the country

Horse, I wanna sheep,
I wanna get me a good night's sleep
Living in a home
In the heart of the country

I'm gonna move, l'm gonna go
I'm gonna tell everyone I know
Living in a home
In the heart of the country

In the heart of the country
Horse, I got a sheep
Give me a good night's sleep

The Back Seat of My Car / Heart Of The Country

See all official recordings containing “Heart Of The Country”

2:21 • Studio version • B • Mono • Original mono promo LP, especially made for the American AM stations. All the songs have different mixes

See all bootlegs containing “Heart Of The Country”

Heart of the Country 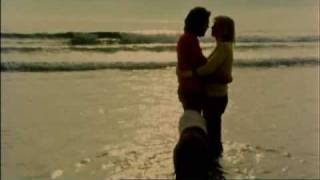 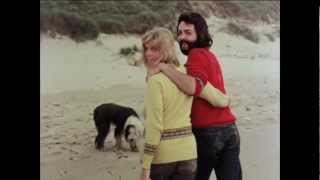