Recording "I Will", "Glass Onion"

Other Beatles songs talking about walrus

Officially appears on Hello Goodbye / I Am The Walrus

Mostly John’s idea this one and he does the lead vocal with Paul joining him. John plays his acoustic Gibson and Ringo works with two drum kits instead of just one. Quite a nostalgic number this in that the lyrics include the titles of a few earlier Beatles Goodies like “Strawberry Fields”, “Lady Madonna” and “The Fool On The Hill”. What’s more John lets the cat out of the bag at last – we find out who The Walrus really is!

“Glass Onion” is a song by the English rock band the Beatles from their 1968 double album The Beatles (also known as the “White Album”). The song was written by John Lennon and credited to Lennon–McCartney.

Lennon wrote the song voluntarily to confuse people who “read in” to Beatles songs, searching for hidden messages surrounding the Paul is dead rumor, which annoyed him. With this in mind, the lyrics are intended to confuse the listener. Most lines refer to earlier Beatles songs, including “Strawberry Fields Forever“, “I Am the Walrus“, “Lady Madonna“, “The Fool on the Hill“, and “Fixing a Hole“. The song also refers to the “Cast Iron Shore”, a coastal area of south Liverpool known to local people as “The Cazzy”. Lennon dismissed any deep meaning to the mysterious lyrics:

I threw the line in—”the Walrus was Paul”—just to confuse everybody a bit more. It could have been “the fox terrier is Paul.” I mean, it’s just a bit of poetry. I was having a laugh because there’d been so much gobbledygook about Pepper—play it backwards and you stand on your head and all that.

“Glass Onion” was a name suggested by Lennon for the Iveys, a group who signed to Apple in 1968 and later became Badfinger.

The song was one of several recorded as a demo at George Harrison’s Esher home in 1968 before the recording sessions for the “White Album”. The Esher demo was first released on Anthology 3 (1996) and the 2018 deluxe edition of the “White Album”. Anthology 3 also included an alternate version which contained various sound effects rather than the string arrangement.

This is the first track on the album to feature Ringo Starr on drums. Starr briefly left the group during recording sessions for the album and was replaced on drums by Paul McCartney on both “Back in the U.S.S.R.” and “Dear Prudence“. […]

The line “The Walrus was Paul” was commented in different ways by Paul McCartney and John Lennon over the years:

“The Walrus was Paul.” I said this to Ray Coleman; I said at that time, I was still in my love cloud with Yoko and I thought, well, I’ll just say something nice to Paul: “It’s all right, you did a good job over these few years, holding us together.” And he was trying to organise the group and that, and do the music, and be an individual artist and all that, so I wanted to say something to him. And I did it for that reason. I thought, well, he can have it. “I’ve got Yoko, and thank you, you can have the credit.”

Well, that was a joke, that was a bit of a song, you know. I mean, it was actually me in the Walrus suit. I thought I’d confuse people who read great depths into lyrics. It could have been ‘The fox terrier was Paul,’ you know. It’s just a bit of poetry. It was just thrown in like that. The line was put in partly because I was feeling guilty because I was with Yoko, and I was leaving Paul. It’s, you know, a perverse way of saying to Paul, you know, ‘Here, have a crumb, this illusion, this stroke, because I’m leaving.

[John] and Yoko came round to Cavendish Avenue and John and I went out into the garden for half an hour, because there were a couple of things he needed me to finish up, but it was his song, his idea…It was a nice song of John’s. We had a fun moment when we were working on the bit, ‘I’ve got news for you all, the walrus was Paul.’ Because, although we’d never planned it, people read into our songs and little legends grew up about every item of so-called significance, so on this occasion we decided to plant one. What John meant was that in ‘Magical Mystery Tour,’ when we came to do the costumes on ‘I Am The Walrus,’ it happened to be me in the walrus costume. It was not significant at all, but it was a nice little twist to the legend that we threw in. But it was John’s song. I’d guess I had minor input or something as we finished it up together…

Although John and I were very competitive, we liked each other’s stuff, we wouldn’t have recorded it so readily if we didn’t. We still worked together, even on a song like “Glass Onion” where many people think there wouldn’t be any collaboration. Another is “Ballad of John and Yoko”, which John brought around to Cavendish Avenue for me to help finish the last verse he was having a bit of trouble with. He knew he could always leave a couple of sentences out, come and see me and we knew we would always finish them. It was a guaranteed solution.

I would encourage him to keep lines in his songs that he didn’t think were very good. And I’d say, ‘no, that’s a really great line.’ There was a song of his called ‘Glass Onion’ where he had a line about, ‘Here’s another clue for you all, the walrus was Paul.” And he wanted to keep it but he needed to check it with me. He said, ‘what do you think of that line.’ I said, ‘It’s a great line.’ You know, it’s a spoof on the way everyone was always reading into our songs. I said, ‘here you go, you know, you’ve given them another clue to follow.’ So we would check stuff against each other and it was obviously very handy for our writing to be able to do that.

The edit adds the end orchestral piece. Stereo [a] is lacking Paul’s added vocal “oh yeah” at the end of the break.

Mono mix [c] has various sound effects, of which only the whistle after “fool on the hill” was used in the standard mix. The orchestra was added on Oct 10 and used for the standard versions.

In 2018, to promote the 50th anniversary editions of the White Album, a music video for the song, created by Alasdair Brotherston and Jock Mooney, was released.

I told you 'bout strawberry fields
You know the place where nothing is real
Well, here's another place you can go
Where everything flows

I told you 'bout the walrus and me, man
You know that we're as close as can be, man
Well, here's another clue for you all
The walrus was Paul

I told you 'bout the fool on the hill
I tell you man he living there still
Well, here's another place you can be
Listen to me

Fixing a hole in the ocean
Trying to make a dovetail joint, yeah
Looking through a glass onion

2:08 • Outtake • C • Mono • This mono mix of Glass Onion, made on 26 September 1968, encompasses sound effects compiled by John Lennon for his song: a telephone, an organ note, the smashing of glass and the then BBC-tv soccer commentator Kenneth Wolstenholme acclaiming "It's a goal!" over the sound of a roaring crowd. George Martin, on holiday at the time, heard the mix on his return and suggested a different approach: he scored the song for a string arrangement, recorded on 10 October, that rendered this mix and the FX ideas redundant and the tape to the vault shelf labelled "do not use".

1:20 • Studio version • E • This track is much shorter than the original version, containing less vocals. The track contains Paul's falsetto "Oh, No" and "Hello, Hello" both from "Hello, Goodbye", guitar from "Things We Said Today", and brass from "Magical Mystery Tour" and "Penny Lane."

2:08 • Outtake • C2016 • Mono • This mono mix of Glass Onion, made on 26 September 1968, encompasses sound effects compiled by John Lennon for his song: a telephone, an organ note, the smashing of glass and the then BBC-tv soccer commentator Kenneth Wolstenholme acclaiming "It's a goal!" over the sound of a roaring crowd. George Martin, on holiday at the time, heard the mix on his return and suggested a different approach: he scored the song for a string arrangement, recorded on 10 October, that rendered this mix and the FX ideas redundant and the tape to the vault shelf labelled "do not use".

2018 • For The Beatles • Directed by Alasdair Brotherston 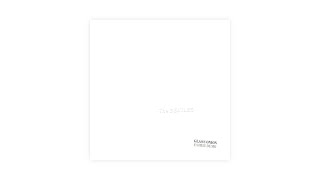 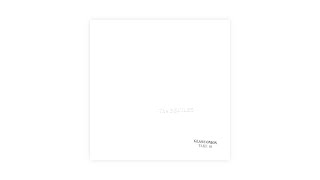 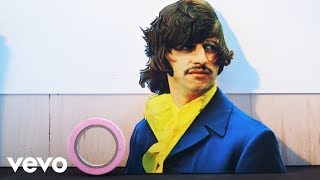