Recording and mixing "I Want You (She's So Heavy)", "Oh! Darling"

“Oh! Darling” is a song by the English rock band the Beatles, appearing as the fourth song on the 1969 album Abbey Road. It was composed by Paul McCartney (credited to Lennon–McCartney). Its working title was “Oh! Darling (I’ll Never Do You No Harm)”. Although not issued as a single in either the United Kingdom or the United States, a regional subsidiary of Capitol successfully edited it as a single in Central America, having “Maxwell’s Silver Hammer” as its B-side. It was also issued as a single in Portugal. Apple Records released “Oh! Darling” in Japan with “Here Comes the Sun” in June 1970.

McCartney later said of recording the track, “When we were recording ‘Oh! Darling’ I came into the studios early every day for a week to sing it by myself because at first my voice was too clear. I wanted it to sound as though I’d been performing it on stage all week.” He would only try the song once each day; if it was not right he would wait until the next day. According to sound engineer Alan Parsons, McCartney once lamented that “five years ago I could have done this in a flash”.
In a 1980 interview with Playboy magazine, John Lennon said, “‘Oh! Darling’ was a great one of Paul’s that he didn’t sing too well. I always thought I could have done it better – it was more my style than his. He wrote it, so what the hell, he’s going to sing it.” The song is in the key of A.

George Harrison described the song as “a typical 1950s–’60s-period song because of its chord structure”.

The basic track was recorded on 20 April 1969. There were many overdub sessions, including McCartney’s attempts at the lead vocal. According to Ian MacDonald, the backing vocals were “exquisite”, but “sadly underplayed in the mix”. Engineer Geoff Emerick recalled that McCartney sang while the backing track played over speakers, instead of headphones, because he wanted to feel as though he was singing to a live audience. The song is one of several tracks on Abbey Road that have never been performed onstage by McCartney or any other of the Beatles to date.

Let It Be session

After an early attempt at this song on 27 January 1969 during the Let It Be sessions, Lennon announced, “Just heard that Yoko’s divorce has just gone through”, after which he and the band burst into an improvised version of the song, substituting “I’m free at last” for a part of the lyric. The song and the following improvisation are included on the Anthology 3 CD. This version also features a keyboard part played by Billy Preston.

“Oh! Darling” is a rhythm and blues song incorporating elements of doo-wop and the New Orleans rhythm and blues sound popularised during the 1950s and early 1960s by musicians such as Fats Domino; it also seems to have drawn on the Louisiana swamp blues sound found in songs like Slim Harpo’s “Rainin’ in My Heart” and Charles Brown’s “Please Come Home for Christmas”. Furthermore, it may have drawn on the related Louisiana genre known today as swamp pop, whose distinctive sound bears an uncanny resemblance to the basic structure of “Oh! Darling” – so much so that some in Louisiana originally thought the song had been recorded by a local musician. (When swamp pop musician John Fred met the Beatles in London in the 1960s, he was shocked to learn that “they were very familiar with Louisiana music.”) Fittingly, swamp pop musician Jay Randall eventually covered “Oh! Darling” for the Lanor label of Church Point, Louisiana.

According to Ian MacDonald:

Paul slaved over getting ‘Oh! Darling’s vocal right. He was really screaming it, so he couldn’t do it more than a couple of times a day. He used to come in every afternoon at 2. Then he’d say, “No, I haven’t got it yet. I’ll try again tomorrow”.

I mainly remember wanting to get the vocal right, wanting to get it good, and I ended up trying each morning as I came into the recording session. I tried it with a hand mike, and I tried it with a standing mike, I tried it every which way, and finally got the vocal I was reasonably happy with. It’s a bit of a belter, and if it comes off a little bit lukewarm, then you’ve missed the whole point. It was unusual for me, I would normally try all the goes at a vocal in one day.

Oh! Darling, if you leave me
I'll never make it alone
Believe me when I beg you
Don't ever leave me alone

Oh! Darling, please believe me
I'll never let you down
(Oh, believe me darling)
Believe me when I tell you
I'll never do you no harm

4:08 • Outtake • B • Stereo • Faded up a few seconds into the performance because the tape-machine operator missed the start, this is the Beatles routining another new Paul McCartney song that came to rest not with the Get Back/Let It Be project but on the later Abbey Road album. (That version was recorded May to August 1969.) Paul plays bass guitar here so the piece lacks the later version's piano foundation, although Billy Preston does contribute a keyboard part, and it soon develops into a jam, culminating in a newsflash that a clearly delighted John Lennon was quick to share with his fellow bandsmen.

4:08 • Outtake • B2016 • Stereo • Faded up a few seconds into the performance because the tape-machine operator missed the start, this is the Beatles routining another new Paul McCartney song that came to rest not with the Get Back/Let It Be project but on the later Abbey Road album. (That version was recorded May to August 1969.) Paul plays bass guitar here so the piece lacks the later version's piano foundation, although Billy Preston does contribute a keyboard part, and it soon develops into a jam, culminating in a newsflash that a clearly delighted John Lennon was quick to share with his fellow bandsmen. 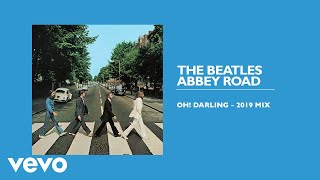 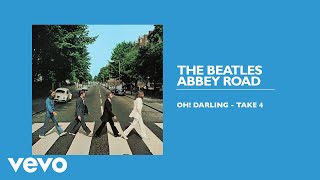