Save the Last Dance for Me

Other songs co-written with Paul Epworth

Paul - Scenes From a Nonstop Life

“Save Us” is a track of McCartney’s 2013 album “New“, co-written with Paul Epworth, one of the four producers of the album. It is the opening song of the album, and also the first song recorded for the album.

For New, he was feeling social. His first stop was at the London studio of Paul Epworth, the young producer and songwrit­er best known for his work on Adele’s 21, which McCartney, like so many millions, adored. McCartney arrived emp­ty-handed. “I was like, ‘OK, what am I going to do here?‘” he re­calls. “I’m very open – I just don’t wanna bore myself.” Epworth was assertive. He mouthed a muscular, hurtling rock beat, telling McCartney that this was the tempo and energy he should hit. “I said, ‘That’s a good idea, let’s get lively, let’s not get all deep and serious,‘” McCartney says. “So he jumped on the drum kit, I jumped on the piano, we multilayered it, I put chords in, structured it a bit, and started blocking out the words. Normal­ly with me it’s melody and lyric at the same time – I’ll follow the train of thought, and the lyr­ics and melody all come at once. But when you’re improvising, you don’t have words, you don’t know what the song’s about. You just know how it feels and how a vocal might sound, so you go wada bada bada wado biddo woo in order to get the melody, then you find words that fit the blocking.” The session yielded “Save Us.”

When I was ready to record the album, I was looking at producers to see who I got on with. First of all I went ’round to Paul. Paul Epworth and his studio above a little shop in the high street. I knew he had done a lot of great work, but I didn’t know him. I didn’t know whether I was going to like his character. I went up there and said: ‘I’ve got my little bag of songs.’ He said: ‘You know what? I’ve got this ideal. I’ve got this feeling of what it should be like…’. So he started to give me this up-tempo beat, and I said okay – realising now that we are gonna make it up. I didn’t know he did that. I just got on the piano and started banging away, he jumped on the drums, and he’s a good drummer, Paul. I said: ‘What do we do? We keep you on drums?’ He said: ‘Sometimes. We can get a proper drummer in.’ But he didn’t sound convinced. No way was he ever gonna get a proper drummer in! The thing is he’s got great energy. And it was his idea after all to do that tempo. So I said: ‘Let’s hear how it sounds,’ so I banged it out on the piano, started to put some chords with the idea and we gradually just that day layered it and finished it up.

On this occasion with Save Us, Paul [Epworth] just had that idea so I just ran along with it. We got a backing cooking, I put some bass on it and I put a guitar on it and so it sounded like what you hear on the record. And then the thing was ‘Well, what song is this?’ So I started mumbling and blocking out words ‘What did I just sing?’ You just pull words and I just scribbled some stuff down. So that one was very organic and wrote itself over a few hours.

I feel like I thrive as a producer from getting in a room with somebody, and making music from scratch. He came down for a meeting, to sit down and have a chat, and within an hour we were in the live room with him on bass and me on drums – that was definitely a pinch yourself moment! – and within 20 minutes we had this riff together, which became the first song on the record. […]

Keep on sending your love
In the heat of battle
You got something that’ll
Save us, save us now

Got a feeling there’s a
Jungle rhythm beating in me
When I’m close to you
I don’t really want to
Ask too many favours, but there’s
Something you can do

Keep on sending your love
In the heat of battle
We got something that’ll
Save us, save us now

See all bootlegs containing “Save Us”

Save Us (Fan video) 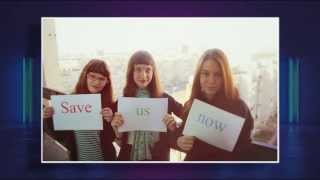 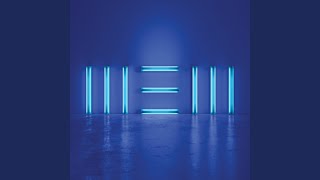 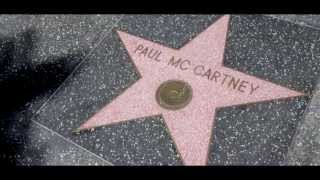 “Save Us” has been played in 138 concerts and 8 soundchecks.

Latest concerts where Save Us has been played

See all concerts where “Save Us” has been played