Album This song officially appears on the Wild Life LP.

Will The Circle Be Unbroken

You Gave Me The Answer - 'Wild Life' Special

Paul McCartney on holiday in Kenya

“Wild Life” is a track of Wings’ debut and eponym album, “Wild Life“, released in December 1971. It was inspired by a safari Paul McCartney did in Kenya in November 1966, with Mal Evans and Jane Asher.

“Wild Life”, you know, you have to think about that!  The first song we’ve done which is us, you know, saying something as you say, is “Wild Life” and that just say you know that um, nature’s alright!  you know, that um, the wild state is a good state!  So why are we getting rid of it?  And animals are in zoos instead of just actually sort of running, you know like they’re supposed to.  We tend as animals, human animals, to be in a bit of a zoo, too.  We sit here, nine floors up!  Once I was in a game park in Africa just doing the tours through it, taking a drive through it and there’s a big sign at the entrance that just says remember, you know, all you people in motorcars, the animals have the right of way, and I liked that, you know, I liked the thought that somewhere they have the right of way over you.

‘Wild Life’ was to do with me having gone on safari and actually seeing that sign that I sing about: ‘The animals have the right of way’. Which really impressed me. You just realise the sort of dignity and strength of wild animals because here they’ve got the right of way. Whereas we’re all so full of our own importance. It’s kind of nice, you know. You’re just a guy in a Land Rover. You don’t matter so much! So that was why I wrote that song. Man, you know, we’re the “top species”, and yet we’re the ones who eff it up, which is not right.

We didn’t stand up for millions of causes and stuff, like conservation, but the first song we did saying something was ‘Wild Life’ and that just said that nature was all right. The wild state is a good state so why are we getting rid of it? Let’s not. The animals are in zoos, instead of just running, like they are supposed to. Once I was in a game park in Africa, just doing the tour through and there was a big sign at the entrance and it said, ‘All you people in motor cars, remember the animals have the right of way.’ I liked that. I like that somewhere the animals have a right of way over you.

The word "Wild" applies to the words "You" and "Me"

Wild life, whatever happened to
Wild life, the animals in the zoo?

You're breathing so hot.
A lot of political nonsense in the air.
You're making it hard for the people who live in there.
You're moving so fast,
But, baby, you know not where.

You'd better stop,
There's animals ev'rywhere,
And man is the top, an animal too,
And, man, you just got to care.

You're breathing a lot
Of political nonsense in the air.
You're making it hard for the people who live in there.

Wild life, what's gonna happen to
Wild life, the animals in the zoo?
Whatever happened to?
Wildlife.

Concert From the concert in Leeds, United Kingdom on May 19, 1973 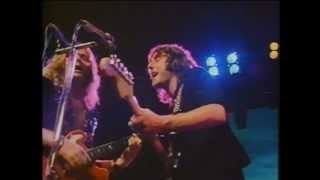 “Wild Life” has been played in 34 concerts.

Latest concerts where Wild Life has been played

See all concerts where “Wild Life” has been played

Oh Paul
Can't tell you, how glad i am to find this Internet Project. I am listening to you (+ 3 you know) since 63 I think. I'm German 73 years. Thank you for all the years, many days and maybe more nights. Have hoped to see you 4.6. in Hannover, but than came Corona. Hope later on. Excuse my bad English.

Thanks for the kind words, Jan. Hopefully, the European dates will be moved in 2021 ! Cheers.