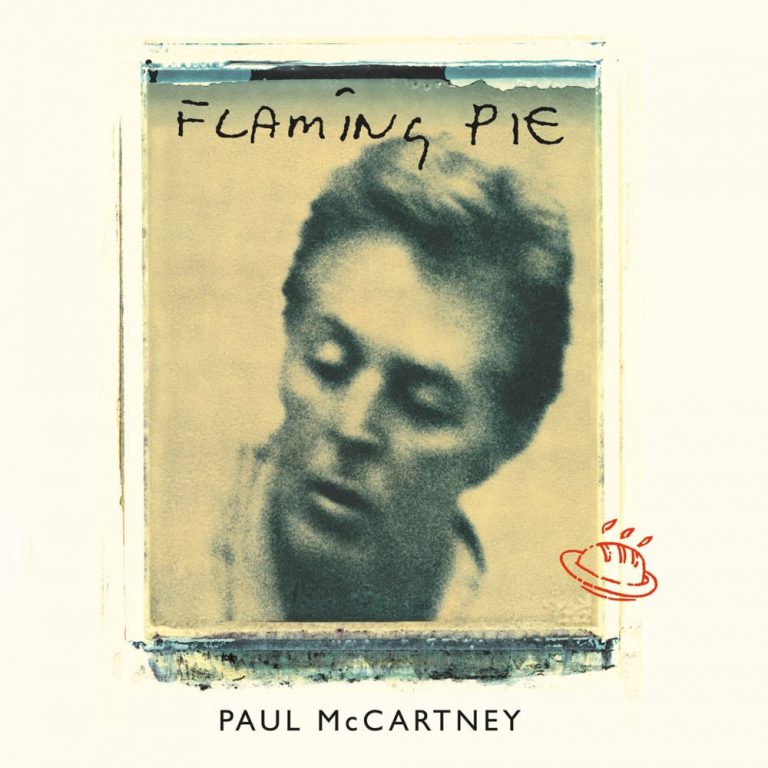 On this day, Capitol Records issued the following press release:

“Flaming Pie“, Paul McCartney’s much anticipated solo album, which takes its title from Beatles mythology, is set to hit stores on Tuesday, May 20th.

His first studio recording in four years, Flaming Pie marks the first album release by a Beatle since “The Beatles Anthology“, which scored three consecutive #1 recordings and a #1 long-form video. McCartney says he was “inspired in the making of ‘Flaming Pie’ by The Anthology, which reminded him of the songwriting standards and the fun of The Beatles.“

The album release will also coincide with the worldwide screening of a new one-hour television documentary on Paul McCartney, filmed by Grammy Award-winning Beatles Anthology director, Geoff Wonfor. The documentary, which brings the McCartney story up to date, will air in 30 countries around the world. Negotiations are underway in the United States and an airdate is expected in mid-May.

The first single from Flaming Pie, “The World Tonight“, will be released by Capitol Records in late April along with a video directed by Wonfor. The album will be released with a 24-page booklet, complete with personal liner notes by McCartney and Linda McCartney photographs.

Flaming Pie comes 30 years to the week after the release of The Beatles’ seminal album “Sgt. Pepper’s Lonely Hearts Club Band” and 40 years after the first meeting between McCartney and John Lennon.

To add some context: