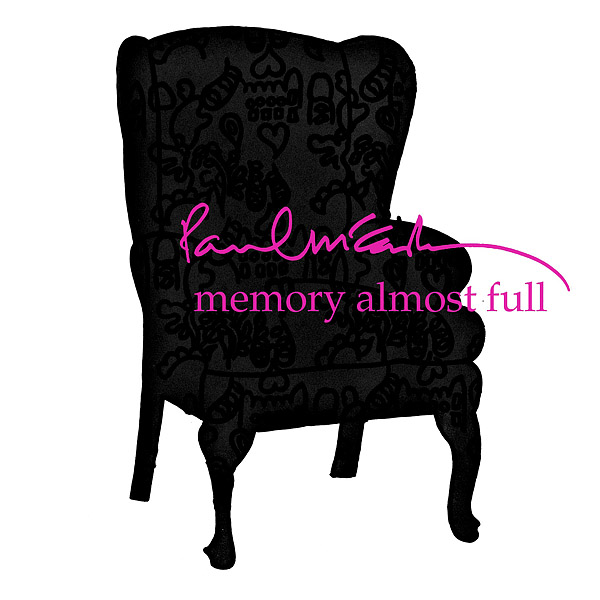 Last night Paul was once again a winner, this time round at the NMA Awards 2008. MPL, and Paul’s digital team, Outside Line won in the MUSIC category for the online/digital campaign for Paul’s latest album, Memory Almost Full. The judges said that, “at a challenging time for the music industry, this campaign showed willingness to embrace an innovative approach to marketing and selling the album.” Nick Weymouth and Greg Findon from Outside Line were present to accept the award.

MPL wanted to increase awareness and sales of Paul McCartney’s new album Memory Almost Full (part of a deal with Starbucks label Hear Music), open up his appeal to a new online generation and get fans closer to him.

A take on MySpace, Meyesight.com, was created to allow McCartney to upload video, audio and images to a pin-board-styled site, with the channel used to leak album-related material including tracks and behind-the-scenes video footage before the official album website, memoryalmostfull.com, went live. ‘Paul Cam’ footage continued to appear on meyesight.com after the album site was launched.

YouTube hosted the world premiere of the lead single from Memory Almost Full, ‘Dance Tonight’, securing McCartney the front page, and Outside Line created a director’s channel and updated it with regular video footage.

The album site became the official Paul McCartney site, including a Q&A mechanism called You Tell Me that aimed to get the fans closer to the artist by asking questions to which McCartney would reply via pre-recorded video. The site also let visitors secure tickets to secret gigs that he played.

The premiere of the ‘Dance Tonight’ video on YouTube attracted 1.6m views and McCartney’s database grew by 20,000 over the campaign period. Traffic to paulmccartney.com and meoryalmostfull.com grew from 2,300 a day before the campaign started to 13,200 at the time of the album’s release. 592,000 questions have been asked on You Tell Me, and Memory Almost Full has exceeded 1m sales in the US.

The judges said that, at a challenging time for the music industry, this campaign showed willingness to embrace an innovative approach to marketing and selling the album.