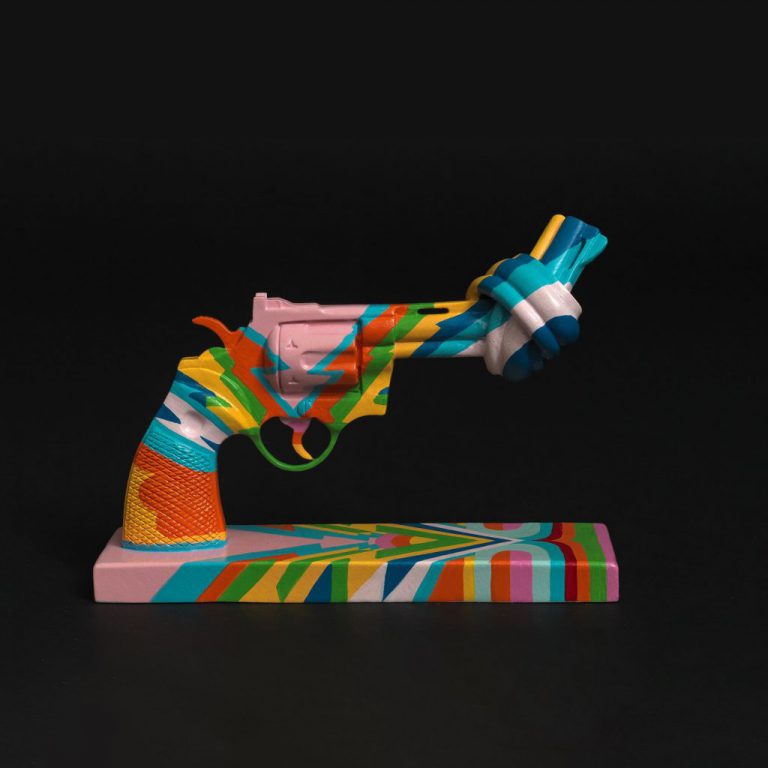 Sir Paul McCartney joined Non-Violence Project as Peace and Non-Violence Ambassador in April 2012. His 19 cm model of the sculpture is inspired by his Magical Mystery Tour Piano.

Paul McCartney gained worldwide fame as the bass guitarist and singer for the rock band the Beatles. He is a key figure in contemporary culture as a singer, writer, artist, entrepreneur and holder of more than 3 thousand copyrights.

The Non-Violence Project Foundation (NVP) is a non-profit organisation whose mission is to INSPIRE, MOTIVATE & ENGAGE young people on how to solve conflicts peacefully. It holds violence prevention and nonviolence education programs for schools and sports clubs around the world.

NVP, which was registered in 1993 in Bagnes, Switzerland, and has currently offices in 11 countries around the world. Its logo is the iconic Knotted Gun sculpture named Non-Violence.

Sir Paul McCartney, Ringo Starr and Yoko Ono are, among others, ambassadors of the Non-Violence Project. […]

NVP’s signature logo is the Non-Violence sculpture also known as the Knotted Gun. It has been created by the Swedish artist, Carl Fredrik Reuterswärd as a memorial tribute to John Lennon after he was shot and killed on December 8, 1980, in New York City. One of the three original bronze sculptures is displayed at the United Nations headquarters in New York City. The Knotted Gun has become a worldwide symbol of the non-violence movement. Several replicas of this sculpture can be found around the world, including the Olympic Museum in Lausanne, at Victoria & Alfred Waterfront in Cape Town and in the Chaoyang Park in Beijing, China (in about 30 cities in the world). […]