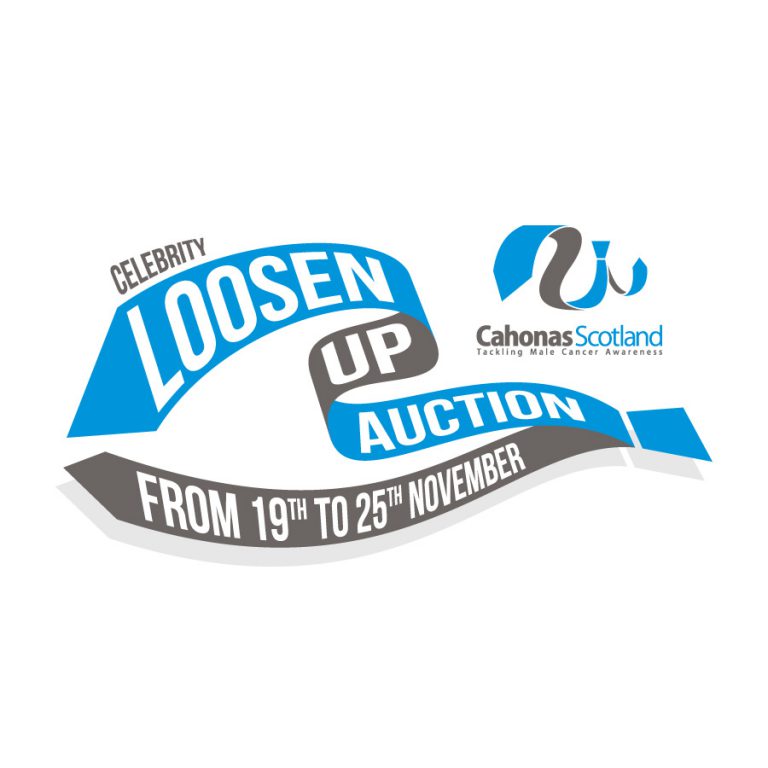 Paul McCartney attends the US premiere of “Comes a Bright Day”

Sir Paul McCartney, Brad Pitt, Katy Perry, Robert Carlyle and a host of the world’s best loved and well-known house-hold names from Music, Film, TV and sport have pledged their support to male cancer awareness this International Men’s Day, by donating their signed and worn ties and scarves, all to be auctioned as part of the Cahonas Scotland ‘Loosen Up’ eBay campaign.

With men often “tongue tied” when discussing or dealing with male health issues it is hoped that the auction and campaign will provide an innovative way to help bring positive change in Male Cancer Awareness.

Enthusiastic fans eager to get their hands on their favourite stars item can go online to bid from Monday 19th November until Sunday 25th November (7.30pm until 7.30pm) via the Cahonas Scotland eBay store by visiting the link www.loosenupauction.com. All money raised will help Cahonas Scotland to advance education of the public in matters relating to male cancers and to undertake where necessary the prevention of discrimination and stigma arising from diagnosis and the cancer experience.

Commenting on the launch of this years ‘Loosen Up’ campaign, Cahonas Scotland Founder and Chair, Ritchie Marshall said, “As a charity focussed on positive men’s health, we at Cahonas Scotland fully support International Men’s Day, and particularly this year’s theme of positive role models for men. We would like to thank the many celebrities who have taken the time to engage with us, learn more about what we do and support our year end fundraiser, the Loosen Up Auction 2012.”

“With their support and generosity we will make a real difference to the profile of men’s health issues in 2013.”