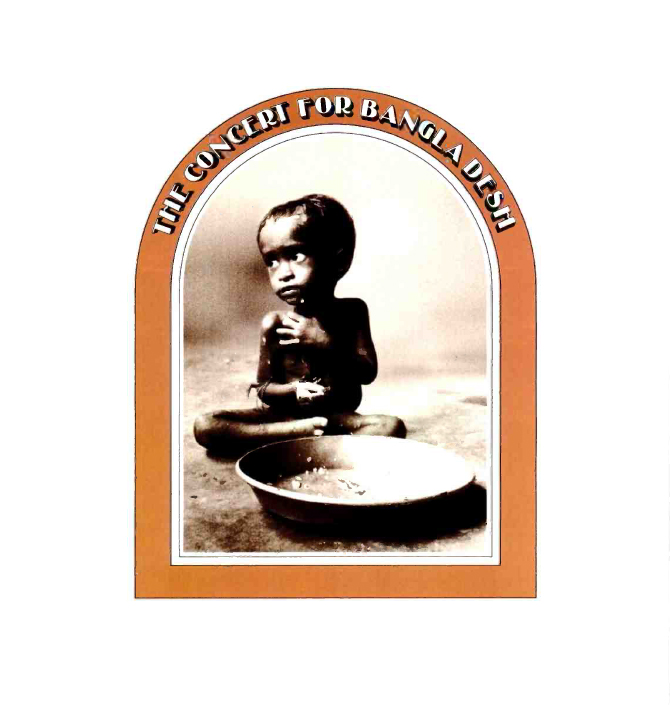 On this day, George Harrison held a press conference at Allen Klein’s ABKCO office in New York, to announce the Concert For Bangladesh, a charity concert to be held on August 1, 1971, at Madison Square Garden. He asked the three other Beatles to participate, but Paul McCartney would refuse.

Paul was also asked to play at another charity concert for Bangladesh held in the UK on September 18, 1971, and would equally refuse.

I didn’t play on George’s Bangla Desh concert because if I’d turned up and John had turned up, then the headlines round the world would have screamed ‘The Beatles Are Together Again!’ Quite frankly, I didn’t fancy playing there anyway.

You know I was asked to play George’s concert in New York for Bangla Desh and I didn’t? Well, listen. Klein called a press conference and told everyone I had refused to do it – it wasn’t so.

I said to George the reason I couldn’t do it was because it would mean that all the world’s press would scream that The Beatles had got back together again and I know that would have made Klein very happy. It would have been a historical event and Klein would have taken the credit.

I didn’t really fancy playing anyway. If it wasn’t for Klein I might have had second thoughts about it but I don’t know, really. Allen’s a good talker. The others really dig him, but I’ve made the mistake of trying to advise them against him and that pissed them off. I think they might secretly feel that I am right though.

You know when ‘Let It Be’ came out there was a little bit of hype on the sleeve for the first time ever on a Beatles album. At the time we were strained with each other and it wasn’t a happy time. It said it was a new phase Beatles album and there was nothing further from the truth.

That was the last Beatles album and everybody knew it. There was no new phase about it at all. Klein had it re-produced because he said it didn’t sound commercial enough.

He doesn’t want the name McCartney linked with the names of the other Beatles. It’s pursuing an illusion, something that no longer exists. He wants The Beatles to become on paper what they are in fact. He wants to be allowed to pursue his career and he’s trying his utmost to be simply Paul McCartney.

Shelley Turner – Paul McCartney’s spokesman – From “The Beatles: Off The Record 2 – The Dream is Over: Dream Is Over Vol 2” by Keith Badman

[…] Ringo Starr, formerly the Beatle drummer, will be there. Because he was finishing a movie in Spain, it was explained, he could not join Harrison, Shankar, and Klein at the news conference.

What about John Lennon?

“John was asked,” Harrison said. “You never know about John. He might show up.“