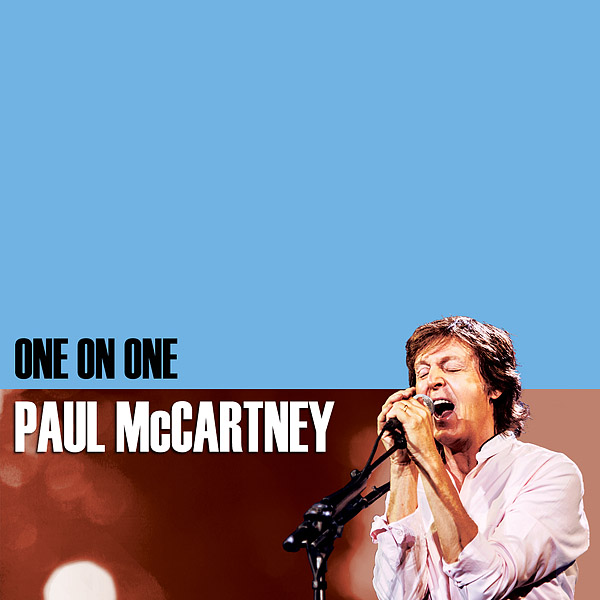 The “One On One” tour began on April 13, 2016 in Fresno. On this day, while Paul McCartney was in Japan for a concert at the Budokan, a third US leg for this tour was announced.

Tickets On Sale To The General Public Beginning April 29

Paul McCartney has added a massive new run of US dates to his ‘One On One’ tour.

The newly announced dates kick off July 5th at Miami’s AmericanAirlines Arena — Paul’s first Miami appearance since his ‘Up & Coming’ Tour hit Sun Life Stadium in 2010 — then head northwest to Tampa, where Paul will play July 10th at the Amalie Arena, returning to the city for the first time since his 2005 ‘US Tour’. From there, ‘One On One’ takes Paul to three cities and venues he’s never played before: July 13th at the Infinity Energy Arena in Duluth GA, July 15th at CenturyLink Center in Bossier City LA, and July 19th at the INTRUST Bank Arena in Wichita KS. On July 21st Paul plays the Wells Fargo Arena in Des Moines IA followed by a July 23rd stop at CenturyLink Center in Omaha NE, returning to both cities for the first time since 2005’s ‘US Tour’. The tour’s July run concludes on the 25th at the Hollywood Casino Amphitheatre, Tinley Park in Tinley Park IL — Paul’s first appearance in the region since his now-legendary 2015 Lollapalooza headline.

‘One On One’s 2017 US run will resume with Paul’s first-ever show at the Prudential Center in Newark NJ on September 11th. Paul will then take up residence in New York City, playing his first full show at Madison Square Garden since 2005 on September 15th, then getting back to the scene of his unforgettable 2013 Brooklyn shows to play the Barclays Center on September 19th. Paul will then head upstate to make his debut appearance in  debut appearance in Syracuse NY, playing the Carrier Dome on September 23rd, followed on September 26th by Paul’s first show at Long Island’s Nassau Coliseum since 2002’s ‘Driving USA’ Tour. ‘One On One’s fall dates will draw to a close October 1st at Detroit’s Little Caesars Arena, Paul’s first show at the brand new venue and first visit to the Motor City since 2015.

Paul McCartney’s ‘One On One’ tour’s July 5th U.S. opener at Miami’s American Airlines Arena has been re-scheduled to FRIDAY JULY 7th to accommodate enhancements to the tour’s production. Tickets for the original July 5th date will be honored for the July 7th performance. Those unable to attend the re-scheduled date will be able to receive refunds at their original point of purchase. We apologise for any inconvenience caused, but sincerely hope that everyone will be able to attend the show and enjoy an amazing evening.