Paul McCartney opened his 2016 One on One Tour in Fresno, Calif., last night, debuting a new set list that included a handful of songs being performed live for the first time.
The evening kicked off with the Beatles classic “A Hard Day’s Night,” which you can watch in the fan-shot footage above. As Vintage Vinyl News notes, this marked the first time McCartney had played the song as a solo artist — and the same held true for “Love Me Do,” which he worked in later in the evening.

Other new additions and returns included the Quarrymen song “In Spite of All the Danger,” which McCartney hadn’t played live in more than a decade; “You Won’t See Me,” making its live U.S. debut; and “The Fool on the Hill,” “Here, There and Everywhere,” “I’ve Got a Feeling” and “Letting Go,” all of which had been out of commission for years. 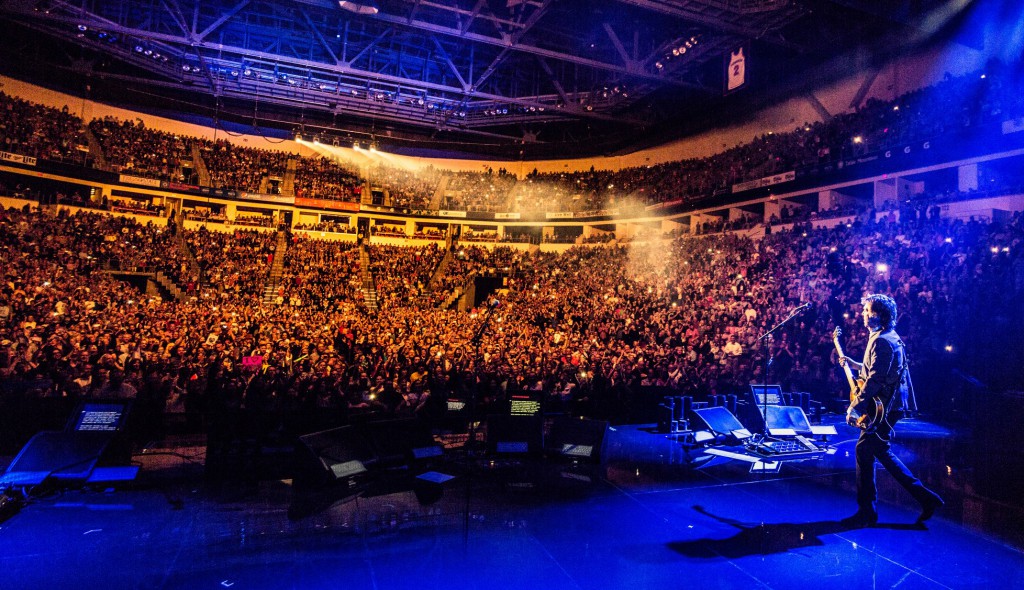 Paul McCartney opened his 2016 One on One world tour on Wednesday night in, of all places, Fresno, at the Save Mart Center arena on the campus of Cal State Fresno.

As he’s been doing in recent years, along with return visits to major markets, the former Beatle and double Rock and Roll Hall of Fame inductee includes cities he has never visited, and chose to launch the new tour with his first performance in the Central Valley town of a half-million. No other California stops have been announced.

Here are five other things we learned at opening night:

1. In the beginning: For the first time on one of his solo tours, the show opens with “A Hard Day’s Night,” the title track from the Beatles’ 1964 movie that begins with one of the most iconic chords in all of rock music. A giant video screen behind the stage projected scenes from the film and multiple other images from McCartney’s life as he and the other four members of his touring band delivered meticulously arranged versions of more than three dozen songs from the Beatles and McCartney’s solo career.

2. Saluting George Martin: McCartney has long devoted two spotlight segments in his show to departed bandmates John Lennon (“Here Today”) and George Harrison (“Something”), a tradition he continues on the new tour. With the death in March of longtime Beatles producer George Martin, McCartney also gave Martin a tip of the hat during a performance of “Love Me Do,” reportedly the first time he has performed the song in its entirety in his solo shows. He charmingly explained Martin’s suggestion that he, rather than Lennon, sing the hook line “Love Me Do” so that Lennon could play the signature harmonica riff simultaneously as those words were sung. “We were so nervous,” he said. “It was our first recording session with him. I can still hear it on the record,” McCartney said, mimicking his delivery of the words in a shaky voice.

3. Helping thaw the Cold War: After singing “Back in the USSR” from 1968’s double album “The Beatles,” a.k.a. “The White Album,” McCartney further elaborated on his interaction with Russian Beatles fans. Referencing his groundbreaking concert in Moscow’s Red Square in 2003, McCartney talked of meeting the country’s defense minister. He adopted a Russian accent as he quoted the official telling him, “First record I ever bought: ‘Love Me Do.’ ”

4. Yesterday … and Today: The show ran nearly three hours, with no intermission, and spanned the full range of the 73-year-old musician’s career. He presented a semi-acoustic performance of “In Spite of All the Danger,” which he described as “the first song we ever recorded” during his days with the Quarrymen, the band Lennon led when the two Liverpool teens met in 1957. And the show reached forward to include “FourFiveSeconds,” the 2015 track on which he collaborated with Kanye West and Rihanna.

5. Alpha and omega: The set encompassed 38 songs, not counting a snippet he played of Jimi Hendrix’s “Foxey Lady,” as homage to the man widely regarded as rock’s greatest guitarist. The show began and ended with music from the Beatles, concluding the full medley from the “Abbey Road” album of “Golden Slumbers/Carry That Weight/The End,” which allowed the three-way guitar solo battle from the recording to be re-enacted among himself and guitarists Rusty Anderson and Brian Ray. It also gave drummer Abe Laboriel Jr. a moment in the spotlight with the one and only drum solo Ringo Starr took as a Beatle during “The End.” 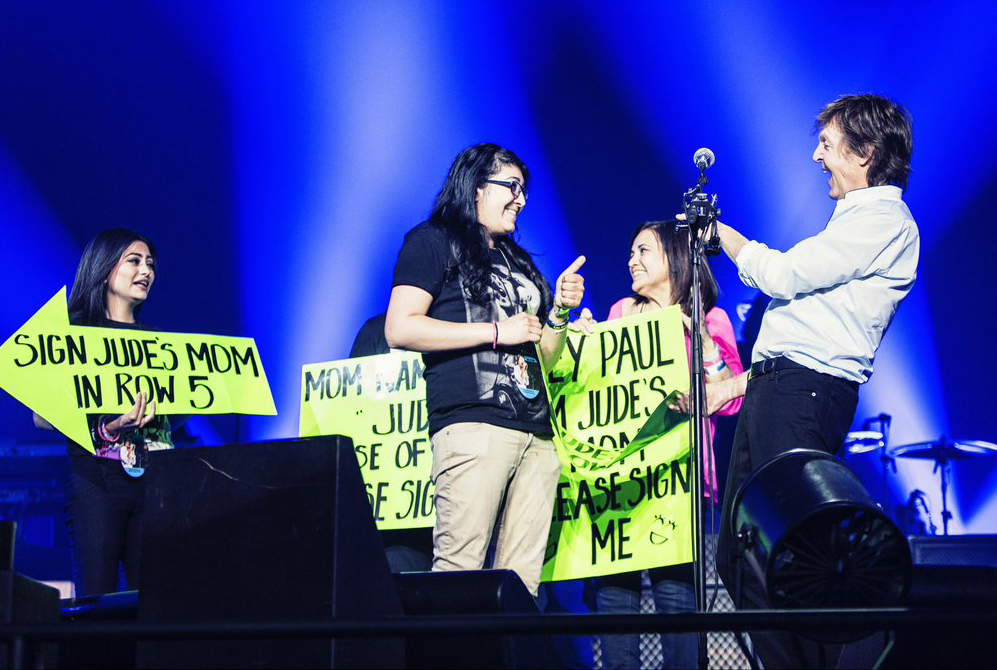 From Twitter: Thank you Fresno and great to meet you Jude, Jet, Amanda & Lisa! #oneonone

This was the 1st and only concert played at SaveMart Arena.