It was a concert that was five decades in the making. It was worth the wait. Despite the 50-plus years that Paul McCartney has been one of the most revered figures in popular music, he had never played Buffalo until Thursday night, when he performed before an adoring crowd of more than 16,000 in First Niagara Center. Waiting for their first opportunity gave his Western New York fans plenty of time to get fired up. And fired up they were, gobbling up every available ticket within minutes. […]

Song after song after song McCartney played are part of the fabric of our lives. There was no bad song. The reaction of the audience was astounding. People wiped their eyes and clutched their chests as much as they clapped and sang along. 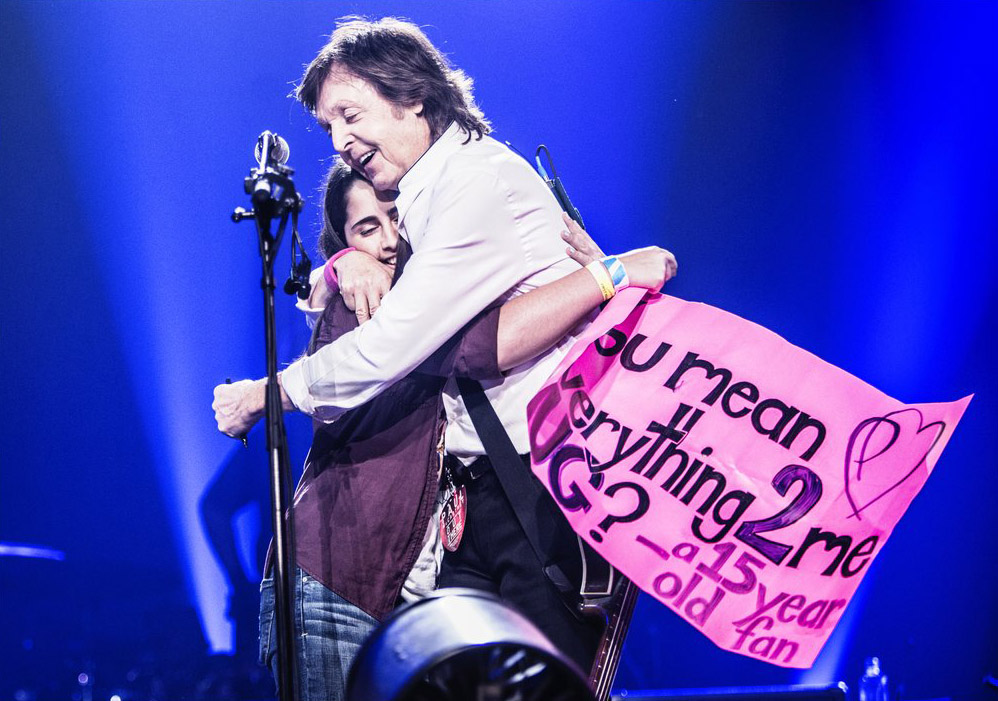 This was the 1st and only concert played at First Niagara Center.

Hi! I'm the girl in the photo up there, hugging Paul! It's been really cool to see this photo appear all over the place. It was a really fabulous show and great end to the Out There Tour!

Hi Sophie,
Thanks for your comment! How lucky you were to be brought on stage with Paul, and what a gorgeous souvenir this photo shall represent to you !
All the best !