The world would probably forgive Paul McCartney for resting on his laurels at this point.

But McCartney, it seems clear, wouldn’t be able to forgive himself. Working up a generous, three-hour, 39-song set Wednesday night for a capacity Joe Louis Arena crowd that included Michigan Gov. Rick Snyder, the pop-rock titan served a lesson in living up to one’s towering reputation.

Detroit was a late stop in the 2½-year-old Out There tour, which has a final show in Buffalo on Thursday night before McCartney’s ever-chugging tour machine is expected to at last take on a new name.

Fifty-one years after the Beatles’ first Detroit visit, McCartney made his way to the Joe with plenty of fanfare, courtesy of Live Nation and the Ilitch camp: a welcome billboard on I-94, the colors of the British Union Jack illuminating Motor City Casino, greetings on the marquees of the Fillmore and Fox theaters, a giant banner at Joe Louis.

McCartney seems to be enjoying a burst of wind in his sails in recent years, newly motivated and confident, and that spirit was front and center Wednesday. It was a night of looking back that never made the nostalgia feel like drudgework, a well-traveled show that rarely felt routine. At this point in his career, McCartney seems to be reveling in his life’s legacy, with no drop in the thumbs-up, aim-to-please enthusiasm that has long marked his onstage persona. […] 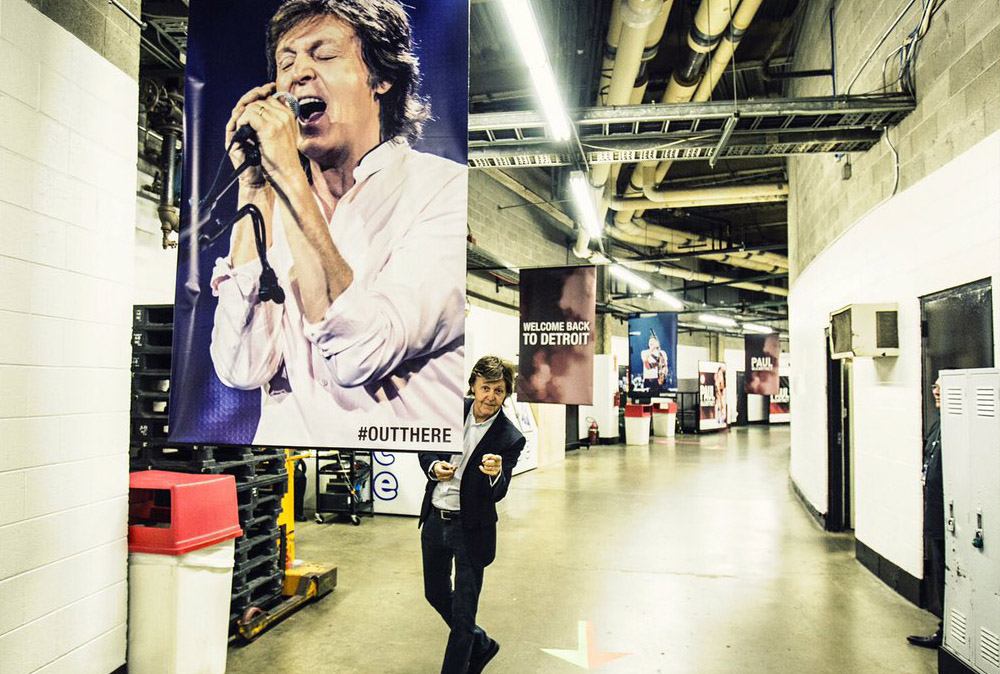 From Twitter update – Great welcome back in Detroit. from Liverpool to Motown. #OutThere 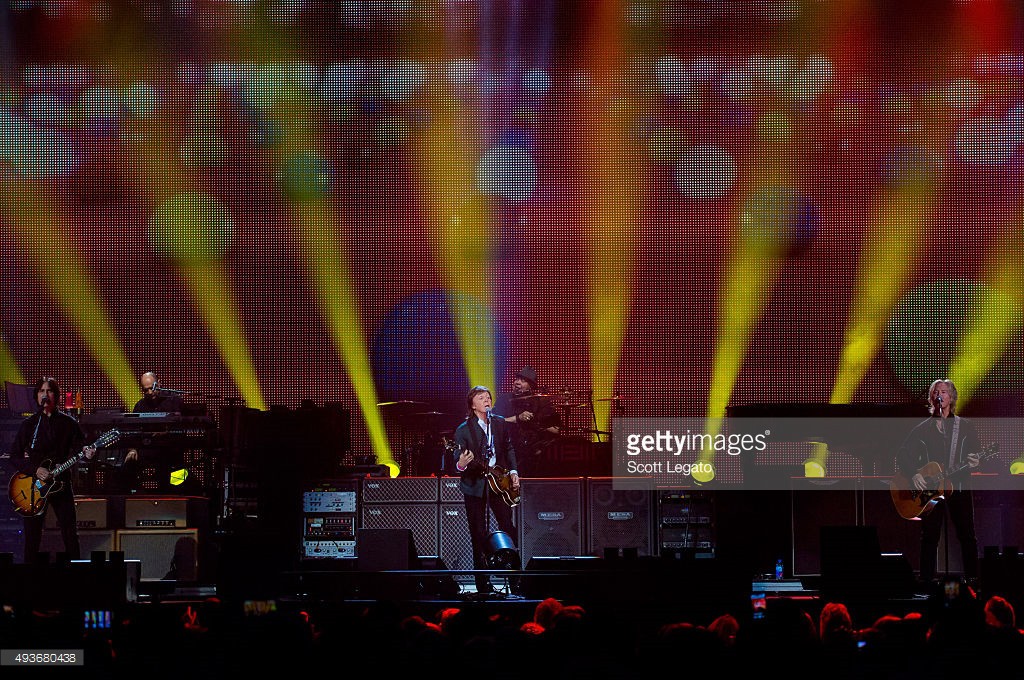 Sir Paul McCartney performs during the U.S. ‘Out There’ tour at Joe Louis Arena on October 21, 2015 in Detroit, Michigan.

This was the 1st and only concert played at Joe Louis Arena.