Paul McCartney, 73, churned out an impressive 41 songs during a three-hour marathon at the Air Canada Centre on Saturday night, with nary a water bottle in sight.

To put this in perspective, most artists play between 18 and 25 songs over an evening concert. Sometimes, for extra-lengthy shows, the number may reach 32 to 34. And these artists often take sips from nearby water bottles, understandably, while performing under hot spotlights.

The co-founder of the Beatles, the most influential group in pop history, needed no refreshments, even after a fireball-laden rendition of the James Bond theme “Live And Let Die,” where there was so much pyrotechnic mayhem during the instrumental chaos that even the audience could easily feel the heat.

Actually, if anything, McCartney — backed by a stellar band that included guitarist Rusty Anderson, guitarist/bass player Brian Ray, keyboardist Paul “Wix” Wickens and the spectacular Abe Laboriel Jr. on drums — seemed more invigorated as the show progressed. […] he dusted off “Mull of Kintyre” for all the Scots in the house complete with pipes and drums from the Paris-Port Dover pipe band. […]

In the last 15 years, the Paris Port Dover Pipe Band have travelled the world over, performing in locales such as Scotland, France, Greece and Switzerland.

“We’re really well known overseas,” pipe major Gordon Black said of the self-funded, 162 member outfit. “We have quite the band. We’ll get different sections within the band, so I can always pull enough people to go to different places.”

At no time has the group – about 25 per cent of which are from Norfolk – taken more of a starring role than just down the road in Toronto however. Following up on a pair of appearances back in 2010, the band returned to the Air Canada Centre this past weekend to once again share the stage with Sir Paul McCartney.

Thanks in part to Black’s friend and avid Beatles memorabilia collector Dennis Toll of Brantford, members of McCartney’s entourage got in touch with the group five years ago.

“McCartney had no idea who we were,” laughed Black, a Bealton resident. “(But) we went there, did two shows and we just blew everything out of the water. It went perfect – he was relaxed, he loved the band.”

McCartney enjoyed his time with the group so much that he put them on standby for his most recent show in Hogtown. The former Beatles star personally requested the group play alongside him, the only trouble was, Black got that notice less than a week before showtime.

“I think everybody this time knew it was a big deal. We knew it was big last time, but the new people who went this time, they knew it was big. It’s my job to control how their emotions are and how they’re feeling – it’s up to me to keep them focused on the show itself.”

In preparation for the performance, the band held secret practices throughout last week – including Thanksgiving Monday – to make sure they were up to par.

“It’s a tough thing because we don’t just go in there and play normal bagpipe pitch, we have to change our chanters and the pipes to a concert pitch,” Black noted. “We really have to reset every single set of pipes so we can play along with McCartney.”

At the conclusion of the show, McCartney gave his southwestern Ontario friends a special gift as he signed their base drum head, which will soon retire. […] 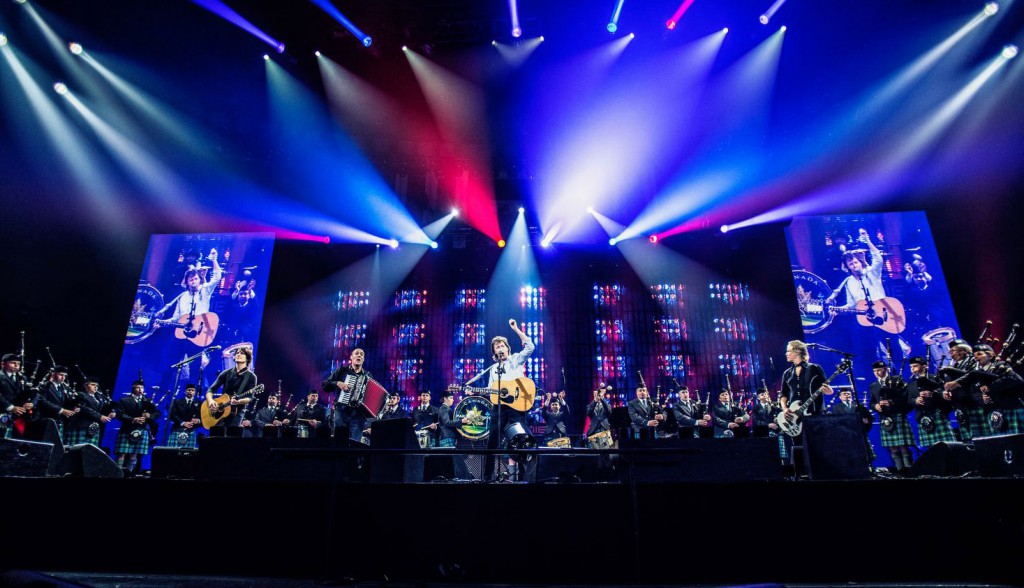 This was the 5th concert played at Air Canada Centre.