Album This song officially appears on the Let It Be (Limited Edition) LP.

Once Upon A Long Ago

One And One Is Two

Remixing "Let It Be"

“One After 909” (sometimes titled “The One After 909” in early recordings) is a song by the English rock band the Beatles from their 1970 album Let It Be. It was written by John Lennon, with input from Paul McCartney, and was credited to their joint partnership. The album version is the live performance from the rooftop concert which took place on 30 January 1969. This performance is also included in the Let It Be film. The song was written no later than spring 1960 and perhaps as early as 1957, and is one of the first Lennon–McCartney compositions. “One After 909” is perhaps more reminiscent of early American rock ‘n’ roll than any of the other songs from the rooftop show, and as a joke for the rooftop chatter, Lennon sings a variant on the opening line of “Danny Boy” after the song is finished.

In his 1980 Playboy interview Lennon explained, “That was something I wrote when I was about seventeen. I lived at 9 Newcastle Road. I was born on the ninth of October. It’s just a number that follows me around, but, numerologically, apparently I’m a number six or a three or something, but it’s all part of nine.”

McCartney said, “It’s not a great song but it’s a great favourite of mine because it has great memories for me of John and I trying to write a bluesy freight-train song. There were a lot of those songs at the time, like ‘Midnight Special’, ‘Freight Train‘, ‘Rock Island Line‘, so this was the ‘One After 909’; she didn’t get the 909, she got the one after it.”

On 5 March 1963, the Beatles recorded a version of the song in five takes during the same session that produced their third single, “From Me to You“, and its B-side “Thank You Girl“. They were unhappy with the result and that version was not released at the time. Various takes from the 5 March session, and an edit of them, were released in 1995 on the Anthology 1 compilation. The song was shelved for six years, until the Beatles re-recorded it for their Get Back project, and eventually saw the release in Let It Be.

It was a number we didn’t used to do much but it was one that we always liked doing, and we rediscovered it. There were a couple of tunes that we wondered why we never put out; either George Martin didn’t like them enough to or he favoured others. It’s not a great song but it’s a great favourite of mine because it has great memories for me of John and I trying to write a bluesy freight-train song. There were a lot of those songs at the time, like “Midnight Special”, “Freight Train”, “Rock Island Line”, so this was the “One After 909”; she didn’t get the 909, she got the one after it! It was a tribute to British Rail, actually. No, at the time we weren’t thinking British, it was much more the Super Chief from Omaha.

The talk at the end and a bit of A Londonderry Air (also called Danny Boy) belongs, as seen in the film Let It Be.

From The Usenet Guide to Beatles Recording Variations (Anthology outtakes):

The first item listed above was compiled to show where the song broke down during two attempts at recording the whole song, and then shows the startup of a take that begins in mid-song and runs to the end. The second item fulfills the original plan by using that edit piece to make a complete version of the song.

This recording was listed for an album of unreleased tracks in 1981, appeared in the Abbey Road studios show in 1983, and was to be on Sessions in 1984. The Sessions edit made in 1984 cuts to take 5 at the start of the solo, while this edit uses take 4 for most of the solo. The song was first bootlegged in 1984 on File Under Beatles, where it appears in yet another edit. All these takes have been bootlegged in full in stereo.

The bit you won’t see in the [Get Back] film is our kid telling John that I was the one who remembered the “one after 909” from Forthlin Rd rehearsals! At least Pete Jackson has sent me the outtake!

2:44 • Studio version • D • A remix of the original album version from the rooftop concert; impromptu rendition of "Danny Boy" removed.

See all official recordings containing “One After 909”

See all bootlegs containing “One After 909” 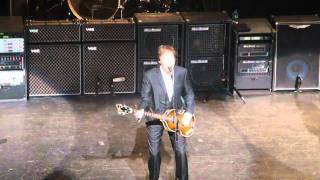 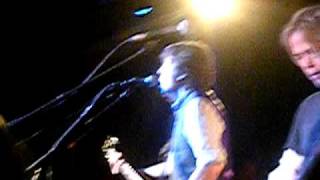 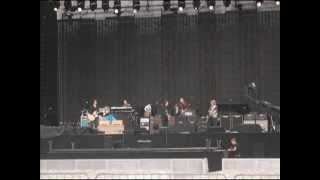 Latest concerts where One After 909 has been played

See all concerts where “One After 909” has been played

Why is the bass line in take 2 of the 1963 recordings, especially in the bridge, so different than the "play the root note of the chord" bass in the other takes?